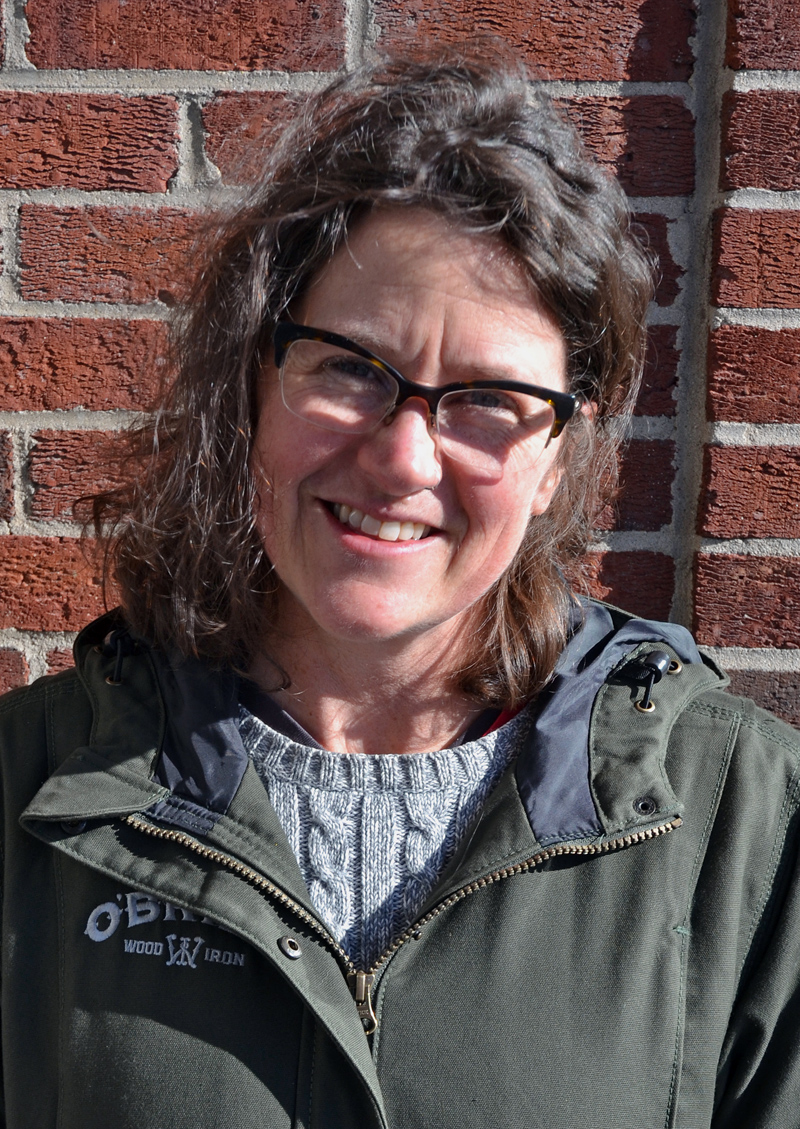 Ray was born at LincolnHealth’s Miles Campus in Damariscotta and grew up in Newcastle. Her parents, Allan and Janet Ray, still live in the same house where she grew up on Academy Hill in Newcastle.

Ray attended Lincoln Academy, where she was president of her class all four years, participated in numerous clubs, and played field hockey when the team won the state championship her senior year.

“I’ve loved to be involved always, and that hasn’t changed,” Ray said. “My parents were really civically engaged, and when I was a kid they used to take me to their activities too.”

After graduating from LA in 1988, she went on to attend the University of Maine at Orono, where she majored in secondary English education. She taught for three years before having children and becoming a freelance writer. She now works for O’Brien Wood & Iron as the accounts and administration manager.

After moving to Portland in 1992, Ray immediately got involved in her new community. She co-founded a group for mothers and she and her husband helped start the East Bayside Neighborhood Organization.

Ray’s work as a community organizer led to involvement with city government and eventually her unopposed run for the District 1 city council seat in 2015.

“To me, it’s not politics, it’s public service. That’s the way I’ve always approached it,” Ray said. “I love working to figure out what the problems are and doing the research to come up with solutions. The whole process is thrilling to me.”

During her first term, Ray worked with other counselors and the community to preserve the view from Fort Sumner Park on Munjoy Hill, which she referred to as one of her proudest achievements. A developer had proposed a six-story condominium building next to the park, which would have blocked views of Back Cove and Mount Washington, Ray said.

“It’s what I’ve come to call Portland’s rooftop garden for the public, where anyone can come and have that amazing experience of seeing the entire city,” Ray said. “Over six months we managed to put some protections in place to make sure the park will always have that vista.”

Ray also sponsored an amendment to Portland’s charter to increase financial transparency in local elections. The amendment requires candidates for local office to file an additional campaign report 42 days before an election. Prior to Ray’s amendment, only two reports were required to be filed – the first in July and the second 11 days before the election.

Ray serves on a number of boards and committees. For the city council, she chairs the health and human services and public safety committee and sits on the sustainability and transportation committee. She is also a trustee of the Portland Public Library.

In addition, Ray is the president of the METRO Board of Directors, which operates fixed-route bus service in Brunswick, Falmouth, Freeport, Portland, South Portland, Westbrook, and Yarmouth. She also serves on the Public Transportation Plan Advisory Committee for the Portland Area Comprehensive Transportation System.

Improving public transportation is one of Ray’s passions. 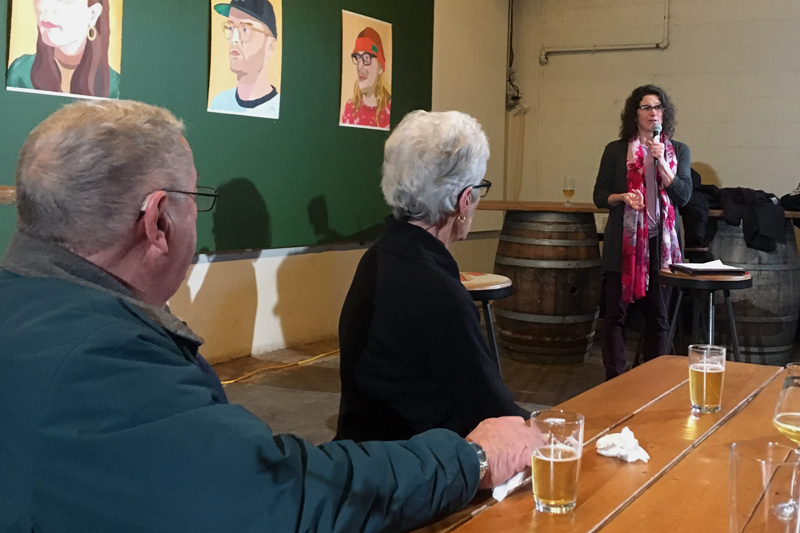 Newcastle native Belinda Ray (right) announces her campaign for mayor at Oxbow Blending and Bottling in Portland on Jan. 31 as her parents, Allan and Janet Ray, of Newcastle, look on. (Photo courtesy Belinda Ray)

“There are so many benefits to having a vigorous public transportation system,” Ray said. “It increases public health, community sustainability, and economic growth in the region it serves. It’s one of my big priorities moving forward.”

Ray’s decision to run for mayor comes from a desire to do more for the city, she said.

“Councilors are part time, so I split my time between this and other work,” Ray said. “I would love to do this full time.”

In November 2010, voters amended the city charter to reintroduce the position of an elected mayor. The city had not had a mayor since 1923.

Ray is one of three city councilors who have entered the 2019 race for mayor, joining Justin Costa and Spencer Thibodeau.

Strimling has not confirmed he is seeking reelection, but has been fundraising since November, according to the Portland Press Herald.

Ray said the role of the mayor “hasn’t reached its full potential” and the region needs someone in the position to make sure all parts of local government are working together toward the same goals.

“The power of the mayor comes from the quality of relationships with others, and that’s something I know I can succeed at,” Ray said. “I have worked hard to build relationships, not only in the Portland community, but in the region as a whole.”

Ray announced her candidacy during an event at Newcastle-based Oxbow Brewing Co.’s Portland location on Jan. 31. Both of her parents attended the event.

“I was really just so proud to have them in the audience,” Ray said. “It has been really wonderful, and I’ve gotten a lot of support from my friends and family.”

Ray described running for mayor as “essentially a third full-time job” and is fundraising for her campaign. Once the weather is a little warmer, her focus will turn to knocking on doors, she said.

Portland voters will elect the mayor Tuesday, Nov. 5. In the event she does not win the election, Ray will retain her council seat and continue to serve the city in that capacity.

“I do feel a big part of who I am comes from the values my parents taught me and from the small town where I grew up,” Ray said. “By being involved, you can make positive change and make sure the things you value and care about are protected. Life is so much more interesting when you get involved.”

For more information about Ray and her campaign, go to belindaray.me.