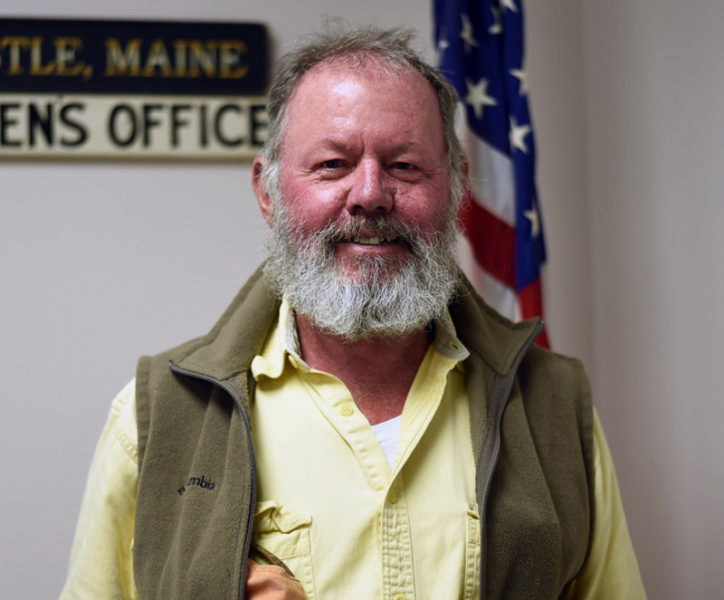 Third-term Newcastle Selectman Christopher Doherty plans to resign after missing the board’s last nine meetings during a leave of absence to help his son build a house in Colorado. Doherty planned to send a letter of resignation to board chair Brian Foote on Aug. 21. (LCN file photo)

Third-term Newcastle Selectman Christopher Doherty plans to resign after missing the board’s last nine meetings during a leave of absence to help his son build a house in Colorado.

Doherty said he would submit a letter of resignation to Brian Foote, chair of the board of selectmen, Wednesday, Aug. 21.

Doherty, a building contractor, has lived in Newcastle since 1986 and served as a selectman since 2012. Last year, he was elected to a third straight three-year term, which expires in 2021.

Doherty announced his plan to take a leave of absence for up to six months at the May 6 selectmen’s meeting. He said he expected to return before winter.

He had hoped to participate in selectmen’s meetings by videoconference, but said he did not have adequate internet access.

He said he bought a $1,000 cellphone in Maine that he was guaranteed would work in his location outside Elizabeth, Colo. He intended to use the phone specifically for a Wi-Fi hotspot, which would allow him to videoconference into meetings on his laptop.

The plan did not work, however, due to inadequate service. According to Doherty, the nearest cellphone tower is only 50 feet tall due to a tower ordinance.

Doherty said he conferred with Foote about whether he should resign in a phone call Aug. 12.

He has missed nine board meetings since June 10, as well as annual town meeting June 17.

From the start, it was not clear if Doherty’s fellow selectmen would facilitate his participation from out of state.

Doherty had suggested at the May 6 meeting that the selectmen consider a policy that would allow him to attend and participate by video.

He had attended the Damariscotta Board of Selectmen’s meeting May 1 to watch as Robin Mayer, chair of the Damariscotta board, participated via videoconference. Mayer was out of town at the time.

“They put the laptop perpendicular so the board could see and any speaker who sat at the table could see. So they could exchange conversations and she could ask questions, she had the agenda, and she voted,” Doherty said at the May 6 selectmen’s meeting.

He said Damariscotta developed the policy because town officials “saw a need in this day and age.”

Damariscotta’s policy allows a selectman to attend up to three meetings electronically per year, as long as the electronic media “allows them to hear the proceedings and speak to the other selectmen and others present in real time.”

The policy also states that a quorum of the board – at least three of the five members – must be present in person for the board to conduct official business, and town staff must have sufficient notice to prepare for a member’s electronic attendance.

The Maine Municipal Association does not recommend remote participation at municipal board meetings, but “it is not expressly prohibited by law,” spokesman Eric Conrad said in an email.

The third attempt in six years to pass a bill in the Maine Legislature authorizing remote participation by members of public bodies failed earlier this year, according to an MMA publication from July.

At the May 6 meeting in Newcastle, Selectman Ben Frey said the town office would need to update its IT infrastructure to allow for videoconferencing.

Frey said it would be a good idea to develop a policy that addresses extended absences.

“What other real option do we kind of have? As a town, we don’t have anything in place to sort of deal with this,” Frey said at the time.

Frey also said at that meeting that if Doherty resigned, Newcastle would have to hold a special election within 90 days.