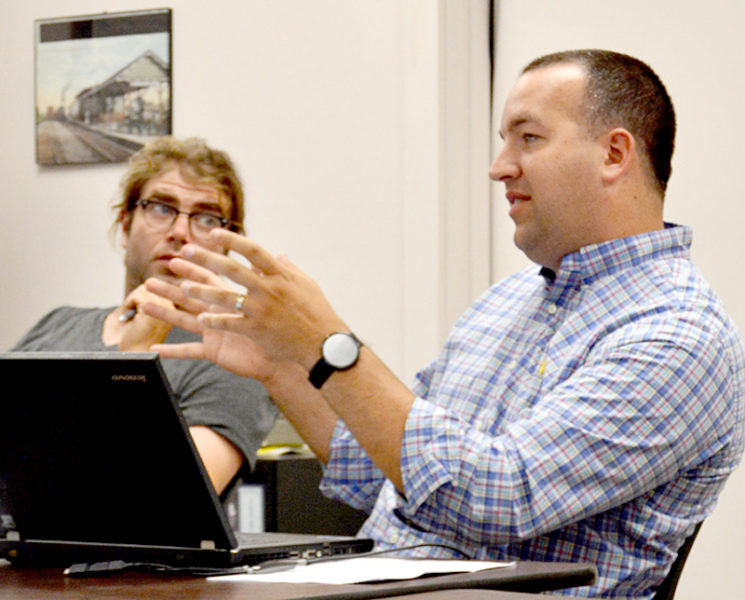 The Newcastle Board of Selectmen set the town’s 2016 mil rate at $18.05 during its Monday, July 10 meeting. The rate is the same as the previous year’s rate.

The mil rate determines the property tax per $1,000 of assessed value. A Newcastle property owner with a home and land valued at $100,000, for example, would receive a $1,805 property tax bill.

The town will use $40,000 from surplus to maintain a flat tax rate.

This decision came after discussion with Assessors’ Agent Jim Murphy, who said the mil rate is likely to increase next year due to a 5 percent increase in the homestead exemption, unless the board manages to curb expenses.

The selectmen discussed increasing the mil rate slightly this year to avoid a sharp increase next year.

“With all philosophies being roughly equal, this is probably the best year to do this,” said Selectman Ben Frey about leaving the mil rate the same. “We don’t know what the future holds, but we can probably guess that we’ll have a bit of a bump next year.”

The selectmen passed a motion to outsource the tax bill to a company called Hygrade, which would print and mail the tax bills, instead of using town staff.

“In my experience in Hope, and we had fewer parcels so it was even less time, but it still took a couple days just folding,” said Duke.

Duke said the cost of paper, stamps, and envelopes is roughly equal to the cost of Hygrade, without the labor.

The street vendor application fee was set at $50 with a 4-1 vote. Selectman Carolyn Hatch cast the opposing vote.

Frey said he felt the application needs to be simplified, as current requirements asking for dimensions, a site review, photographs, and sketches feel excessive.

“The whole purpose of doing this (application) is to not put applicants through a planning board process,” Frey said.

Selectman Joel Lind said he thinks some description is necessary to understand the size and location of vendors.

The discussion surrounding the application fee was divided, as Foote said he thinks it should be between $50 and $100.

Frey disagreed, saying for the first year $100 is too steep and they could re-evaluate it next year.