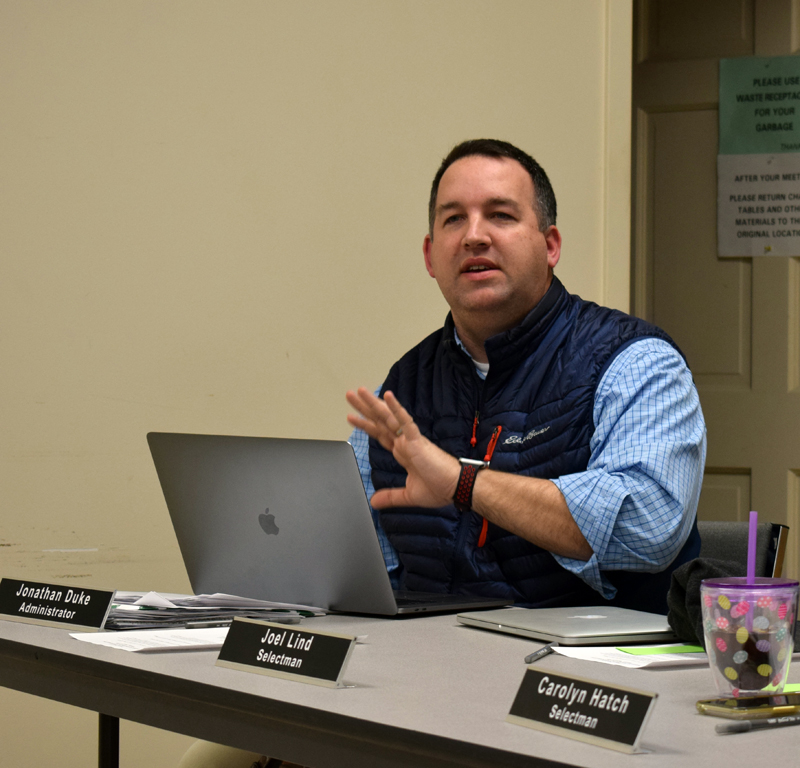 Newcastle voters approved a change to a town manager form of government during a special town meeting at the fire station Monday, March 9.

After some discussion, the article passed with only three people voting against it. Approximately 26 people were present.

The warrant article proposed to switch the position of town administrator to town manager, as the position is defined in state law.

The town manager would become the chief executive and administrative official of the town while remaining responsible to the board of selectmen for the administration of all town departments under the board’s authority.

The change will take effect after a contract is signed and the town manager’s salary is approved at annual town meeting June 15.

Ben Frey, chair of the board of selectmen, said the shift simply aligns the authority of the position with the current responsibilities.

The selectmen have agreed in past meetings that Town Administrator Jon Duke already performs the 14 duties of a town manager as defined in state law and in the town’s description of the position.

Frey said the main difference is that a town manager has the power to appoint town officials and to end their appointments.

Most of the discussion March 10 centered on why the decision was being made at a special town meeting rather than annual town meeting.

State law also designates a town manager as the “purchasing agent” for a town.

A question was raised about the maximum expenditure the town manager could approve.

Selectman Brian Foote said this and other details would be worked out in the town manager’s contract.

Resident David Levesque asked if the town plans to automatically hire Duke as town manager or if it is going to conduct a search to fill the position.

Foote said he would like to see Duke in the position, as he is already getting the job done.