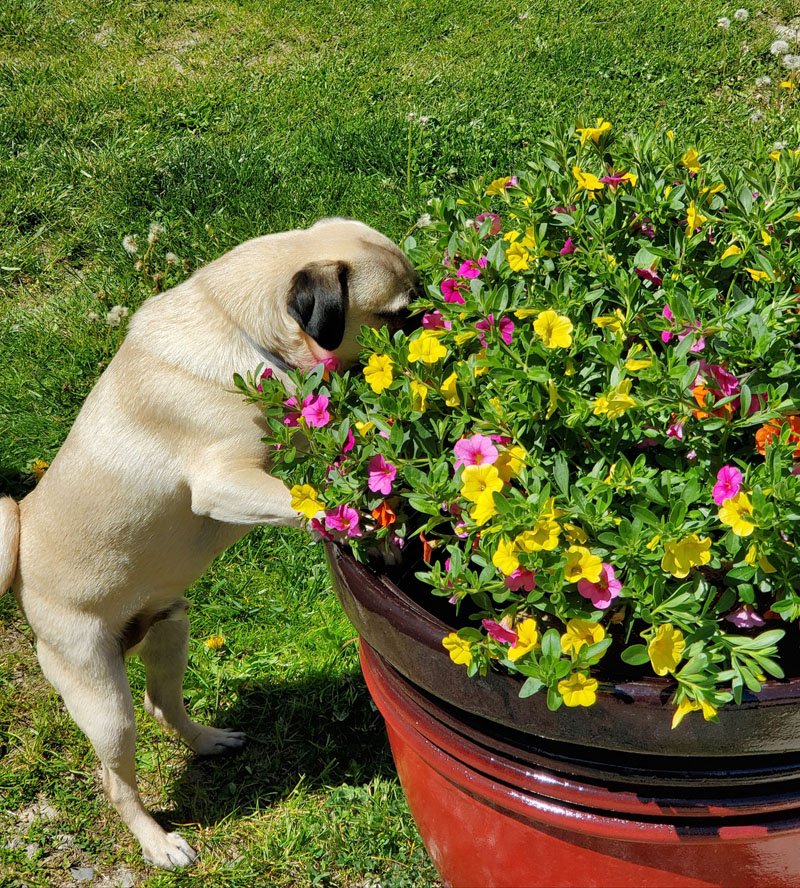 Shana York, of Newcastle, won the July #LCNme365 photo contest with a picture of her dog, Mookie Betts, admiring flowers. York will receive a $50 gift certificate to Riverside Butcher Co., the sponsor of the July contest.

By one vote, Shana York, of Newcastle, won the July #LCNme365 photo contest with a picture of her dog admiring flowers.

York snapped the photo earlier in the summer with her Samsung Galaxy phone.

“We stuck the plant out there and he was just so curious about it and I happened to have my phone on me,” York said. “I took several photos and thought this one was nice.”

The subject of the photo is a 1 1/2-year-old pug named Mookie Betts, after the baseball player.

York has entered the #LCNme365 photo contest a couple times on Instagram. This was her first win in a monthly contest.

“There were some good photos this month, so I’m pretty excited to win,” she said.

In addition to having her photo featured on the front page of The Lincoln County News, York will receive a $50 gift certificate to Riverside Butcher Co., the sponsor of the July contest.

As the seventh monthly winner, York cannot win another weekly or monthly contest in 2019, but she can still submit photos for inclusion in the weekly slideshow of entries at lcnme.com.

York’s photo will compete against the other 11 monthly winners at the end of the year as voters select the winner for 2019.

Submissions are now being accepted for the August #LCNme365 contest. The winner will receive two $25 gift certificates, one to Newcastle Publick House and one to Oysterhead Pizza Co. The restaurants are joint sponsors of the month’s contest. For full rules and means of entry, go to lcnme.com/photo-contest.