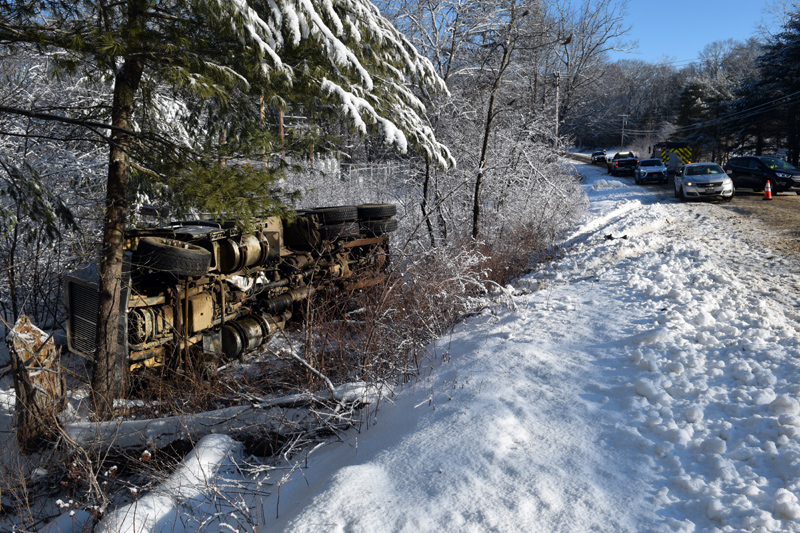 There were no injuries in a dump truck rollover at the intersection of Alna Road and Sheepscot Road in Alna on the morning of March 2. (Nate Poole photo)

There were no injuries in a dump truck rollover at the intersection of Sheepscot and Alna roads in Alna on the morning of March 2.

According to Det. Terry Michaud of the Lincoln County Sheriff’s Office, a Ford E-150 van was driving towards Alna Road around 7:45 a.m. when it slid into the intersection due to slippery conditions as a dump truck was driving east on Alna Road. The dump truck swerved to avoid the van, and turned over on the south side of the road.

Michaud said that no vehicle occupants were injured.

The Alna Fire Department and Lincoln County Sheriff’s Office responded to the incident.

The Alna Fire Department cleared the scene around 8:25 a.m.

The Lincoln County News will update this story.