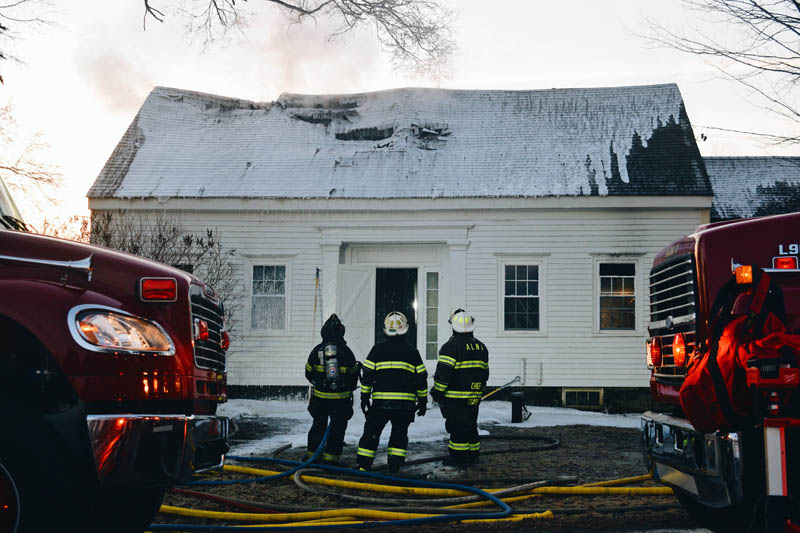 The residents of a home at 1817 Alna Road in Alna escaped unhurt when a fire broke out at the home early Wednesday, March 10.

Alna Fire Chief Michael Trask said there were flames and heavy, black smoke coming from the house when firefighters arrived around 2:30 a.m. Mark and Pamela Fonger own and live in the house. 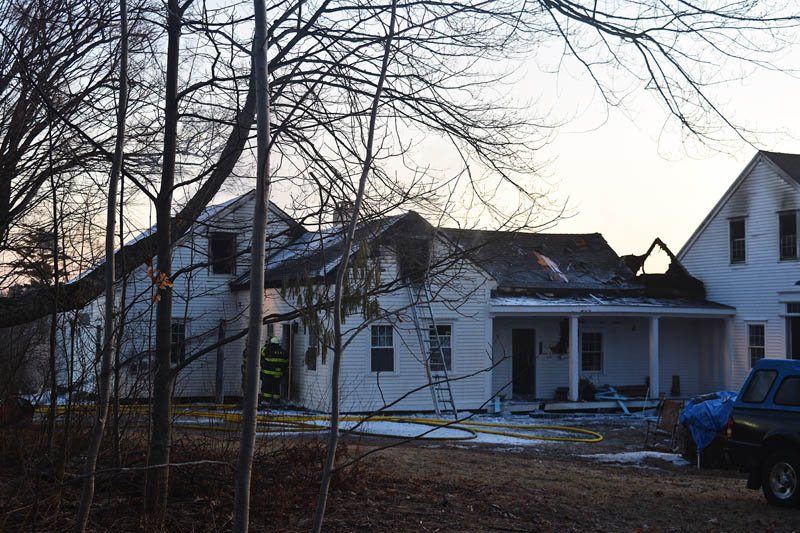 Fire caused significant damage to the back and interior of a home at 1817 Alna Road in Alna early Wednesday, March 10. (Hailey Bryant photo)

According to Trask, most of the damage is on the back side of the house. The fire was largely contained to the second floor, but the interior of the house has significant smoke and water damage.

The cause of the fire is unknown, but Trask does not think it is suspicious. The Maine State Fire Marshal’s Office will investigate.