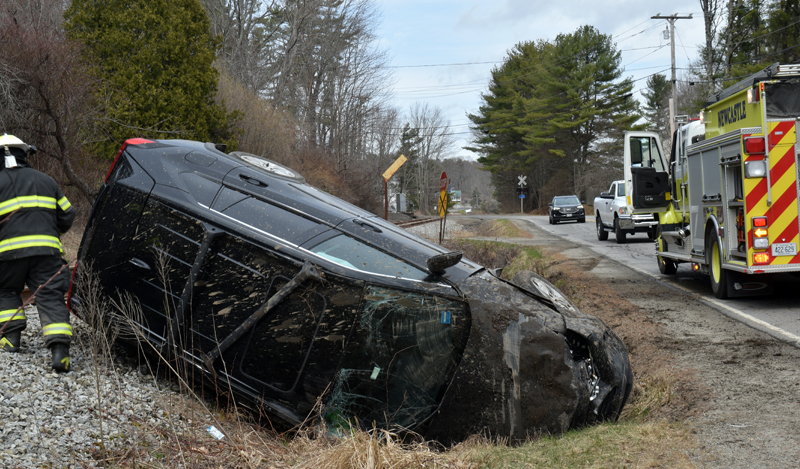 A Newcastle firefighter examines the scene of a single-vehicle rollover on Mills Road in Newcastle on Tuesday, April 12. The driver of the black Toyota RAV-4 was not injured. (Evan Houk photo)

There were no injuries to the driver after a car rolled over on Mills Road in Newcastle on Tuesday, April 12.

Christian A. Bitteritti, 42, of Nobleboro, was traveling east on Mills Road.

After overcorrecting the steering, Bitteritti’s black Toyota RAV-4 hit a ditch near the railroad tracks in the area of 321 Mills Road and rolled over.

Bitteritti said he had no injuries. He was evaluated by Central Lincoln County Ambulance and released.

One lane of Mills Road was closed for a period of time while the car was removed by Damariscotta’s Quick Turn Auto Repair & Towing.

The Lincoln County Sheriff’s Office could not be immediately reached for further information about the crash.

(This story will be updated.)