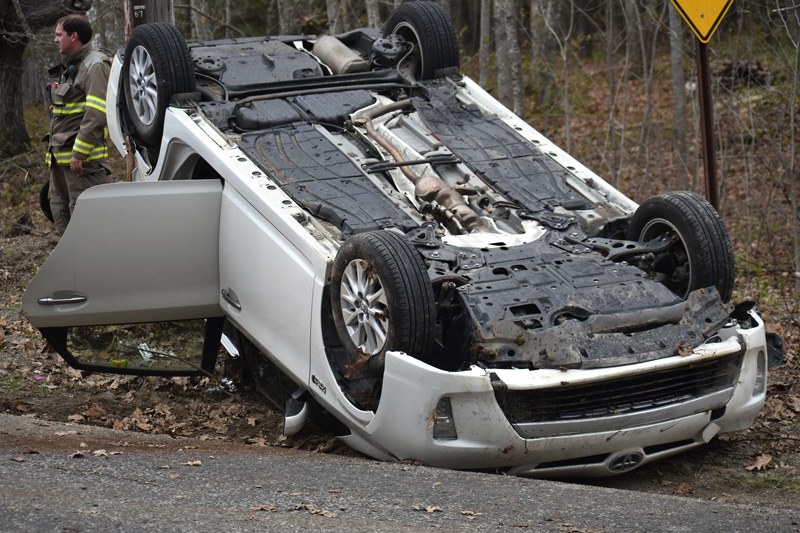 A Toyota Prius lies on its roof after a two-vehicle collision in North Nobleboro the afternoon of Sunday, May 6. (Alexander Violo photo)

A Toyota Prius rolled over after a collision with another vehicle on Upper East Pond Road in Nobleboro the afternoon of Sunday, May 6, but no one was hurt.

The accident occurred near the North Nobleboro Community Building.

Conor Smith, 39, of Damariscotta, was driving a white Toyota Prius north on Upper East Pond Road, according to the Lincoln County Sheriff’s Office. Joy Hedrick, 17, of Nobleboro, was attempting to enter the road from a private driveway and did not yield the right-of-way.

Smith attempted to avoid the Dodge Stratus, but the vehicles collided. 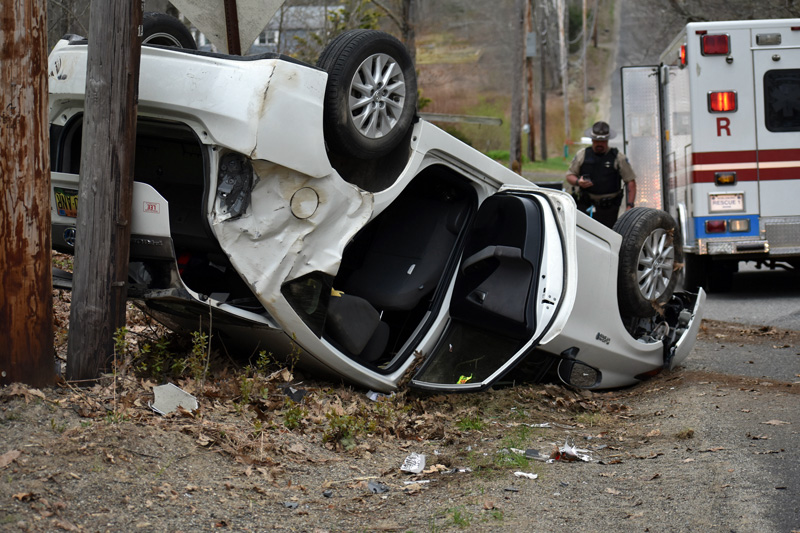 A two-vehicle collision on Upper East Pond Road in Nobleboro occurred when a Toyota Prius attempted to avoid a collision with a Dodge Stratus entering the road Sunday, May 6. (Alexander Violo photo)

The Prius rolled over and came to rest on its roof on the northbound side of the road next to a utility pole, according to Genthner.

There were two passengers in the Dodge, both minors, according to Genthner. Smith was the sole occupant of the Prius.