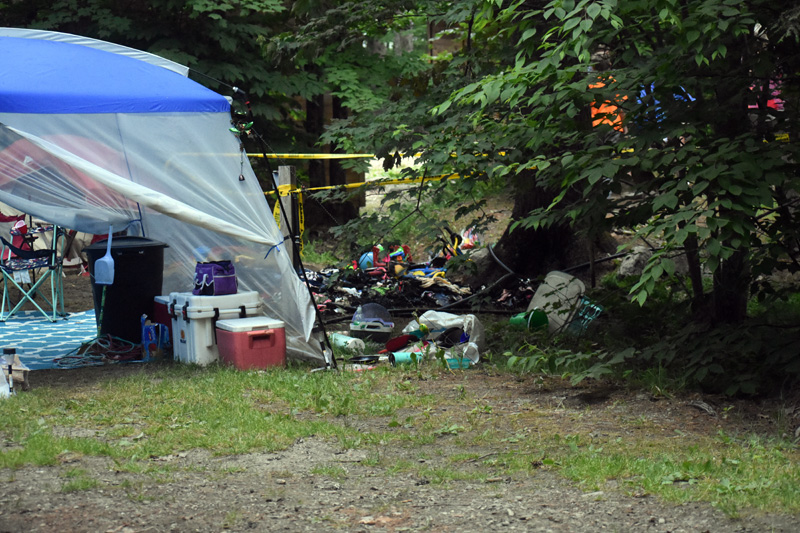 A fire in a tent at Duck Puddle Campground in Nobleboro did not spread to three nearby tents or the woods around the tent, according to Nobleboro Fire Chief Richard “Moose” Genthner. (Alexander Violo photo)

An electrical issue caused a fire that consumed a tent and its contents at Duck Puddle Campground in Nobleboro on Wednesday, June 24.

Nobleboro Fire Chief Richard “Moose” Genthner said no one was inside the tent when the fire broke out and there were no injuries as a result of the fire.

The Maine State Fire Marshal’s Office investigated and determined that the fire was accidental and electrical in nature, according to Sgt. Joel Davis.

The fire was at Lot 56B of the campground, which is at 60 Campground Road, off Duckpuddle Road. Campground owner Paul Blakesley called the fire in and reported that the tent was already fully involved.

The fire broke a nearby water line and bystanders used that water to extinguish the fire before firefighters arrived, according to Genthner. 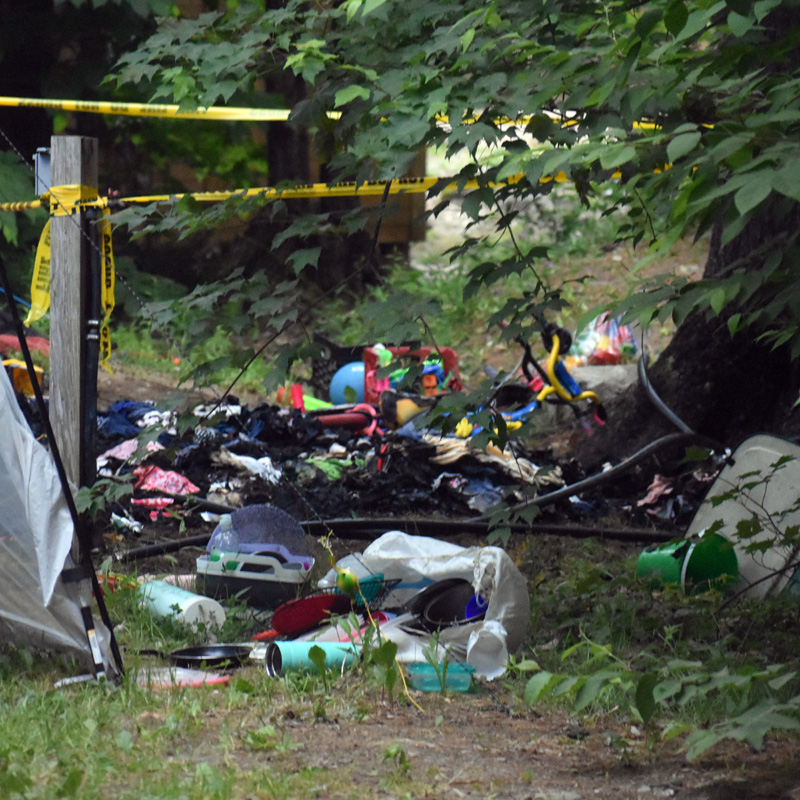 Caution tape warns bystanders away from the scene of a tent fire at Duck Puddle Campground on Wednesday, June 24. The tent and its contents were destroyed. (Alexander Violo photo)

“It was flattened when we got here. This tent, like most tents, was made of nylon, which burns pretty fast. It does not appear to have spread,” Genthner said.

Three more tents were near the tent that burned. Despite dry conditions, the dirt around the tent helped prevent the fire from spreading to the nearby tents and a wooded area.

“It is by a flat, dirt site and there is not a lot of grass around for a fire to spread to,” Genthner said.

The belongings of the family camping in the tent were destroyed. The family had just left when the fire started, according to Genthner.