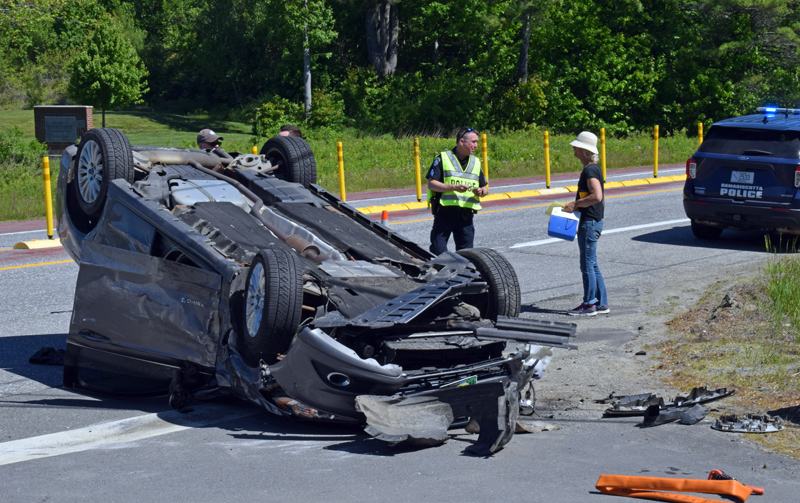 Sgt. Erick Halpin, of the Damariscotta Police Department, works the scene of a three-car collision at the intersection of Route 1 and Belvedere Road in Damariscotta the morning of Wednesday, June 2. (Evan Houk photo)

There were no injuries after three vehicles collided at the intersection of Route 1 and Belvedere Road in Damariscotta the morning of Wednesday, June 2.

All three vehicles sustained “disabling damage,” according to Halpin. Damariscotta’s Quick Turn Auto Repair and Towing Inc. removed them from the scene.

Lincoln County Communications dispatched the Central Lincoln County Ambulance Service and Damariscotta Fire Department at 9:51 a.m. and the scene was clear by 10:35 a.m.

“Fire and EMS were there instantaneously and were able to keep traffic moving,” Halpin said. “They’re always really quick, but that was probably the quickest I’ve ever seen.”