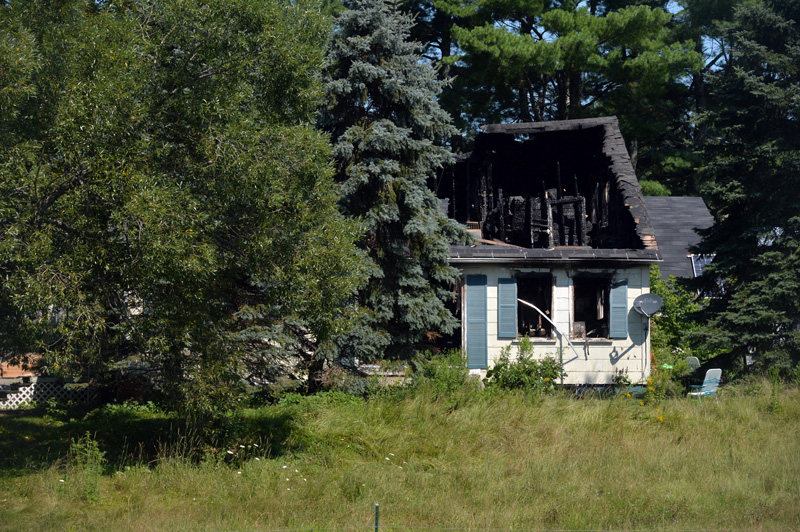 A fire severely damaged a two-story farmhouse at 736 East River Road in Whitefield during the early hours of Thursday, July 29. (Paula Roberts photo)

A fire severely damaged a two-story farmhouse at 736 East River Road in Whitefield during the early hours of Thursday, July 29.

A man and a woman with three children escaped without injury when the fire started, in addition to a woman with two children who lived in the  apartment above the garage, Whitefield Fire Chief Scott Higgins said in a phone interview on Thursday morning.

According to town tax records, the property is owned by Larry J. Morse.

Alna firefighters, followed by Whitefield, responded shortly after the page went out around 2:30 a.m. and found that the fire had spread throughout the second floor and down to the first floor of the main house.

Firefighters attempted to douse the flames with fire suppressing foam from the inside of the structure before being forced outside and switching to water.

Damage to the house was “extensive,” but the heavy timber structure was left standing. Firefighters preserved the garage and apartment.

Higgins said the fire started in the ceiling vent in the second floor bathroom. The Maine State Fire Marshal’s Office visited the scene that morning, finding “nothing suspicious.”

Responders cleared the scene at 6:35 a.m.