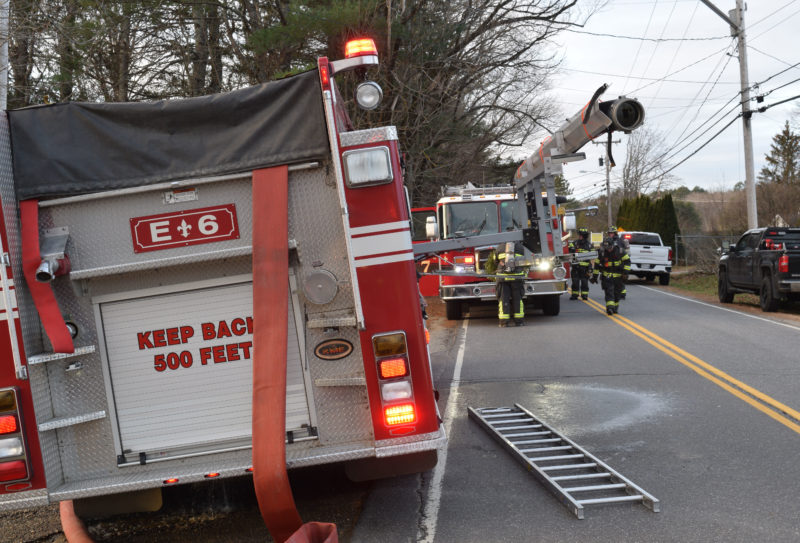 Firefighters clean up at a fire scene at 288 Birch Point Road in Wiscasset on the morning of Saturday, Dec. 10. Firefighters from Bath, Dresden, Westport Island, Wiscasset, and Woolwich all responded to the blaze, which was knocked down quickly. (Evan Houk photo)

Everyone was able to exit safely, including some pet birds, from a suspected furnace fire at 288 Birch Point Road in Wiscasset on the morning of Saturday, Dec. 10.

The blaze started in the furnace closet and spread to the roof of the home before firefighters arrived on the scene, according to Wiscasset Fire Department Capt. Steven Smith.

Firefighters were dispatched by Lincoln County Communications shortly before 7 a.m. and the first truck was able to start dousing the fire about 10-12 minutes later.

“We were able to get a quick knockdown,” Smith said.

All occupants of the house were able to exit safely, as well as some pet birds who were evacuated because of the smoke. There is some smoke and water damage but most of the actual fire damage is contained to the front entryway near the furnace closet where the fire is believed to have started.

According to Wiscasset tax records, the home at 288 Birch Point Road is owned by Larry Elwell.