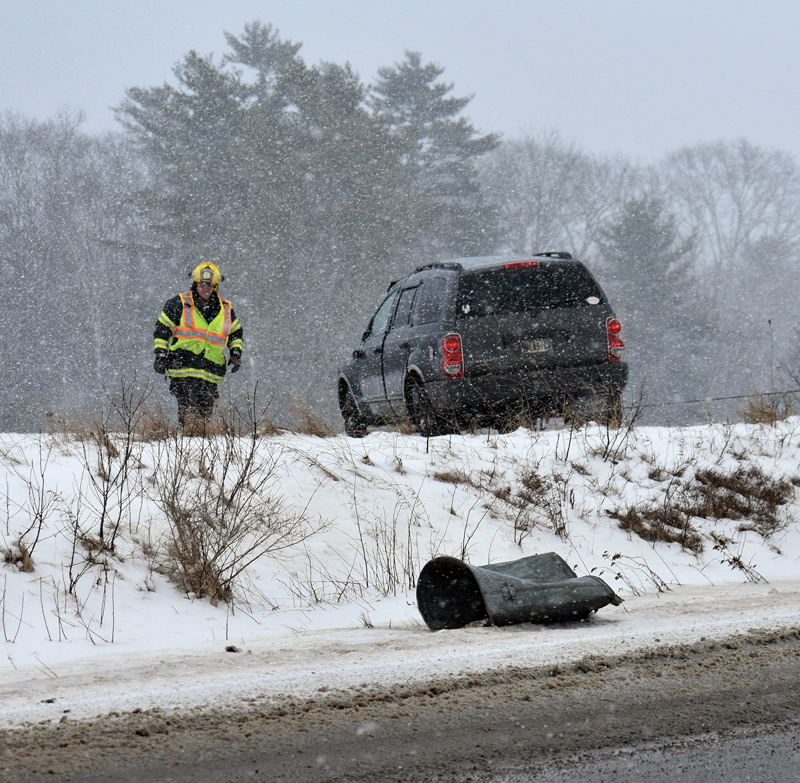 A Waldoboro firefighter at the scene of a rollover on Route 220 the morning of Sunday, Feb. 4. (Alexander Violo photo)

No injuries were reported after a rollover on Route 220 in Waldoboro the morning of Sunday, Feb. 4.

According to Officer Larry Hesseltine, of the Waldoboro Police Department, there were three occupants in the vehicle at the time of the rollover.

Mallory Nickles-Blastow, 21, of Thomaston, was driving the Dodge SUV north on Route 220 (Washington Road) at the time of the accident, according to Hesseltine. She told police strong winds blew the vehicle onto the road’s soft shoulder. The vehicle then went off the road, rolled over, and came to rest back on its wheels.

The passengers were Monica Foss, 20, and Sierra Leigh, 20, according to Waldoboro Police Chief Bill Labombarde. 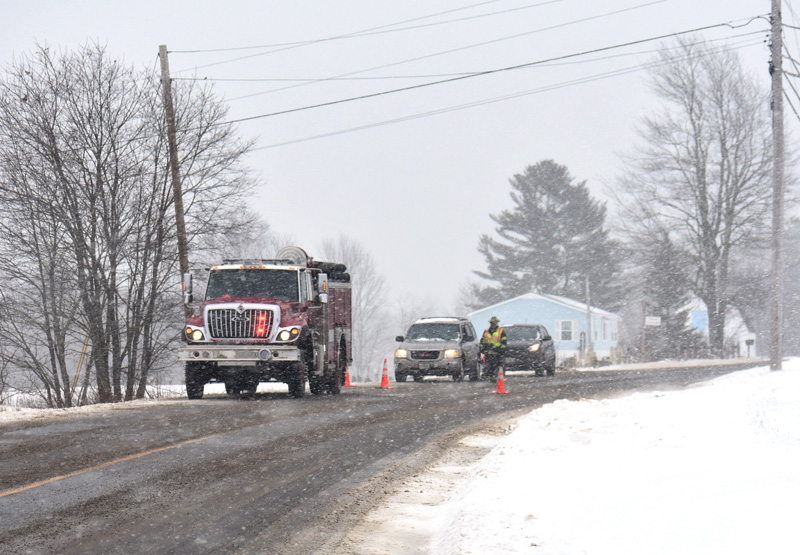 Traffic was stopped while crews removed a vehicle from the side of Route 220 in Waldoboro on Sunday, Feb. 4. There were no injuries in the single-vehicle rollover. (Alexander Violo photo)