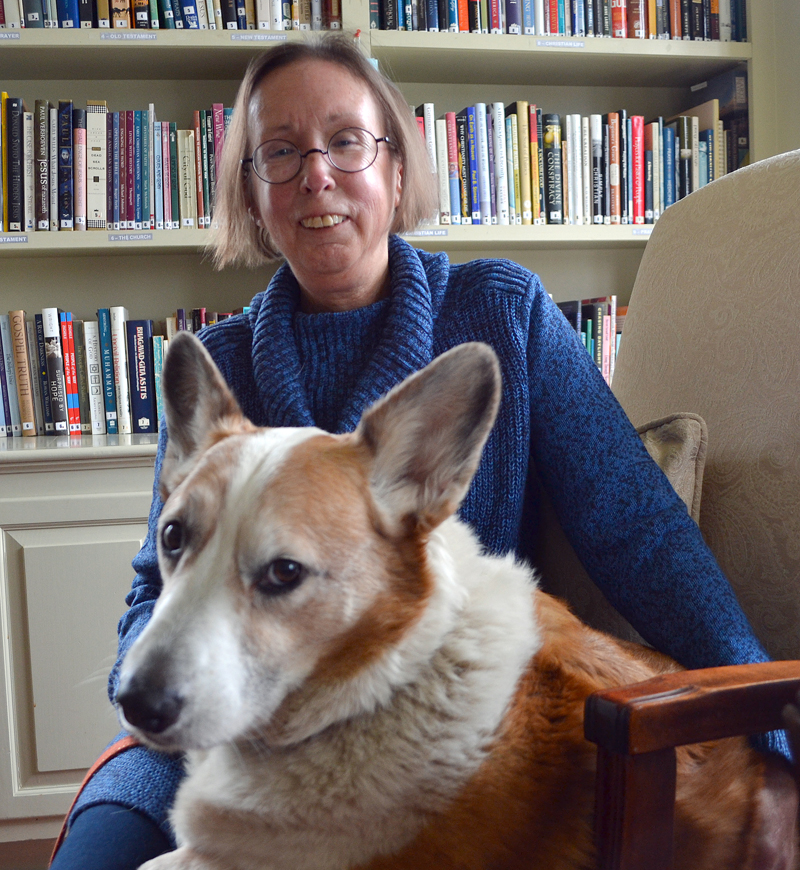 Marianne Pinkham said her departure from Spectrum Generations Coastal Community Center in Damariscotta should not be viewed as a retirement, but rather a graduation, as she will continue her efforts in senior advocacy in the community.

Pinkham, who lives on the Nobleboro side of Damariscotta Mills, served as the director of the center from October 2004 until her last day March 10.

“It was time for a change,” Pinkham said. “There were a few factors that went into the decision, including putting more of a focus on my own health and being more accessible to my 94-year-old aunt in Boston.”

“I brought what I could to the job, and it was the right time for us to go different ways and give other people the chance to step up,” Pinkham said.

A longtime resident of Damariscotta Mills, Pinkham attended Nobleboro Central School and Lincoln Academy. She returned to the area later in life to care for her mother, Barbara Pinkham, a move that led her to Spectrum Generations.

“I was looking for work, and this job opened up,” Pinkham said. “There was enough flexibility that I could work and still care for my mom.”

During her entire tenure, Pinkham served as the center’s director. The job allowed her to encourage other employees and volunteers and help their ideas blossom.

One example is the development of the center’s senior fitness program, which began in a small corner of one room and is now a “thriving” program led by Robin Maginn, the senior fitness coordinator, Pinkham said.

“That’s the essence of the job, planting the seeds with people and watching them grow,” Pinkham said.

Pinkham is an advocate for issues affecting the senior population, including transportation, housing, and health care. Since 2012, Spectrum Generations has sponsored an annual Aging in Place and Community Symposium, which tackles various aging-related topics.

“It’s about encouraging families to have conversations before the crisis hits,” Pinkham said. “It helps facilitate conversations about issues like mental health for seniors as they age and aging in place. These are very important conversations that we need to be having.”

The annual symposium features workshops and panel conversations with experts on aging, but also local residents addressing the issues in their own community.

For close to a decade, Spectrum Generations has facilitated the Senior Buddy program, which pairs students from Nobleboro Central School with local senior citizens. Together, the groups make Christmas ornaments, go on tours, host speakers, and do other activities.

The program has a special meaning to Pinkham, who values inter-generational programs.

“My tagline has been, ‘we are at our best when we work, live, and play across all generations,” Pinkham said.

“We did have people we would ask back, but they always brought in a new take on an issue or a different component of what they were experts in,” Pinkham said. “It was always fascinating, no matter who was the speaker.”

Every election season, Spectrum Generations hosted a candidate event to provide an opportunity for community members to learn more about the candidates for office. Over the past 12 years, Pinkham said candidates’ ability to put the community above their parties has always impressed her.

“Yes, on a larger scale, it’s Republicans and Democrats against each other, but from what I’ve seen, every one of the representatives from Lincoln County puts what’s best for the community and its residents first,” Pinkham said. “Not every area can say that.”

Spectrum Generations was a tenant at 521 Main St. in Damariscotta when she started as director. It has since purchased the building, though the center announced in February that it will relocate to the CLC YMCA in 2018 and the building will be sold.

In May 2015, Spectrum Generations Community Center received the Damariscotta Region Chamber of Commerce’s Organization Community Service Award. Pinkham said the award was a “tribute to the phenomenal team of staff members, volunteers, and community members” she worked with.

In addition to her work at Spectrum Generations, Pinkham has served on many boards and committees, including the Damariscotta Mills Fish Ladder Restoration Committee, the Healthy Lincoln County Advisory Board, the Lincoln County Regional Planning Commission, and the Maine Community Foundation’s Lincoln County Fund Advisory Council.

She is an active member of the Damariscotta River Association, Midcoast Conservancy, the Nobleboro Historical Society, the Pemaquid Watershed Association, St. Andrew’s Episcopal Church, and the Hearts Ever Young tap troupe.

“Growing up, we were taught to give back to our community,” Pinkham said. “I’ve always been involved and volunteered, and I will continue to do so even though I’m not going to be at Spectrum anymore.”

“Wherever there’s a voice needed for our aging population, I’ll be there.”

When she’s not investing her time into various community committees and boards, Pinkham enjoys sailing, dancing, and traveling. She has a grand corgi named Rocket.