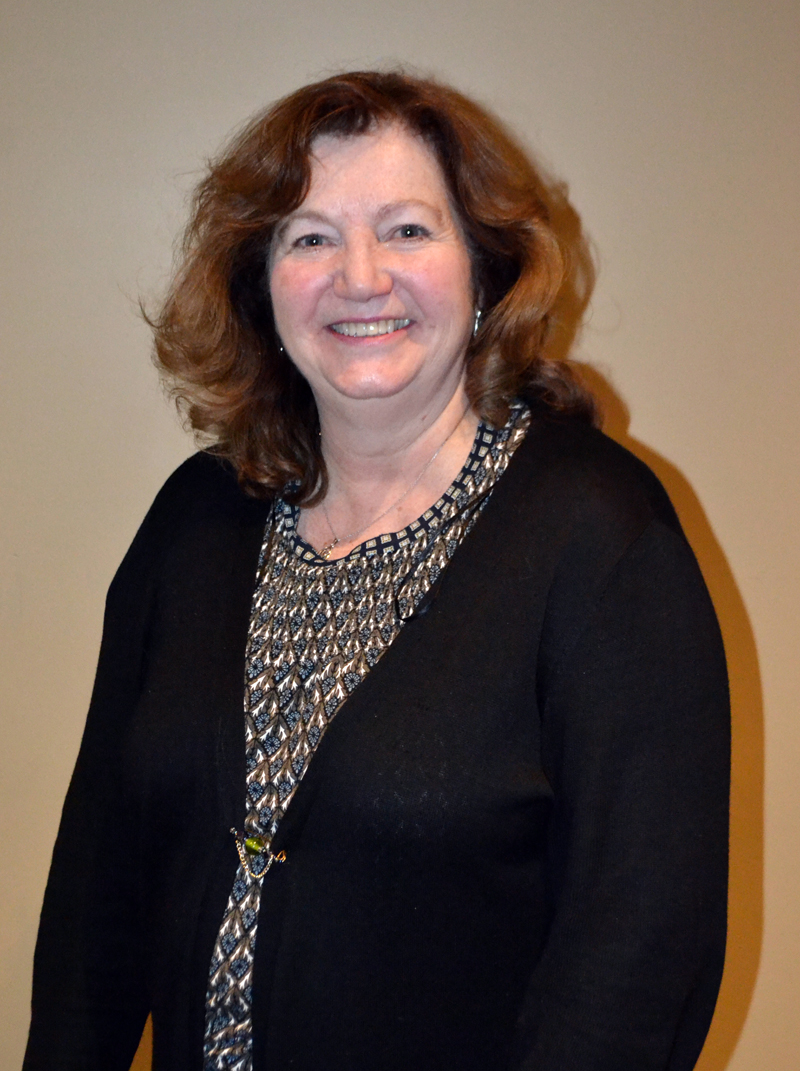 A Nobleboro Democrat who served as Maine’s labor commissioner for eight years under Gov. John Baldacci will seek to represent Lincoln County in the Maine Senate.

Laura Fortman kicked off her campaign for Senate District 13 with an event at Skidompha Public Library’s Porter Hall in Damariscotta on Tuesday, Jan. 2.

Sen. Dana Dow, R-Waldoboro, currently holds the seat, which includes all of Lincoln County except Dresden, plus Washington and Windsor. Dow has said he intends to seek one more term.

So far, Fortman is the only Democrat to register with the Maine Commission on Governmental Ethics and Election Practices for the 2018 election. She is running as a clean elections candidate, according to the filing.

Dennis Anderson introduced Fortman to a packed Porter Hall on Jan. 2. Anderson provided an overview of her professional accomplishments over the past 20 years, from her career working with survivors of sexual assault and domestic violence to her more recent work.

After working as the executive director for the Maine Women’s Lobby and Policy Center from 1993-2003, Fortman was appointed by Baldacci to serve as labor commissioner. She remained in the role from May 2003 through January 2011.

From October 2011 through May 2013, Fortman worked as the executive director of the Frances Perkins Center. On Tuesday, Fortman described the late U.S. secretary of labor as “an inspiration.”

More recently, Fortman worked in Washington, D.C. as deputy administrator of the Wage and Hour Division of the U.S. Department of Labor from June 2013 through January 2017. She now works as a consultant for national nonprofit policy organizations and educational institutions.

Fortman’s candidacy for Senate District 13 marks her first campaign for public office. Referencing her work to advocate for changes in health care and economic policy, Fortman said she wants to bring “common-sense problem-solving” to Augusta.

“I think, fundamentally, some of the basic systems are under attack, and that’s one of the reasons why I’m running,” Fortman said.

Fortman also spoke about the challenges of solving problems “in a silo” when working in public policy, and how she hopes to take a broader look at issues if elected to the Senate.

“The thing about public policy is that, when you have a problem, you identify a solution and head in that direction. But if you haven’t identified the problem correctly, you may come up with the wrong solution,” Fortman said.

During her tenure as labor commissioner, one of the department’s problems was how to return people to the workforce. However, she said the problem wasn’t that people were choosing not to work, it was that there were other issues, such as transportation and lack of child care, that influenced their ability to work.

“What we need to do is consider how we can look at issues comprehensively and understand that these issues are interconnected,” Fortman said. “You can’t just look at health care over here, then workforce in a separate box, and then aging in a third box. You have to look at how these problems are interconnected.”

After a discussion with the audience about topics of concern, including aging and transportation, Fortman said she hopes to hold a series of discussions leading up to November to learn more about the concerns of the people she hopes to represent.

“There’s a lot of issues for us to discuss and dig into, but there’s lots of time to talk between now and Election Day,” Fortman said.

Fortman is working to get her name on the ballot for the November race. She needs at least 100 certified signatures from registered Democrats in District 13 before March 15.

After the event, Fortman said she was “completely overwhelmed” by the number of people who attended the kickoff and the support she received from the room.

“I’m just blown away,” Fortman said. “And now I’m looking forward to talking to people and listening to more of what they have to say so I know what their concerns are.”