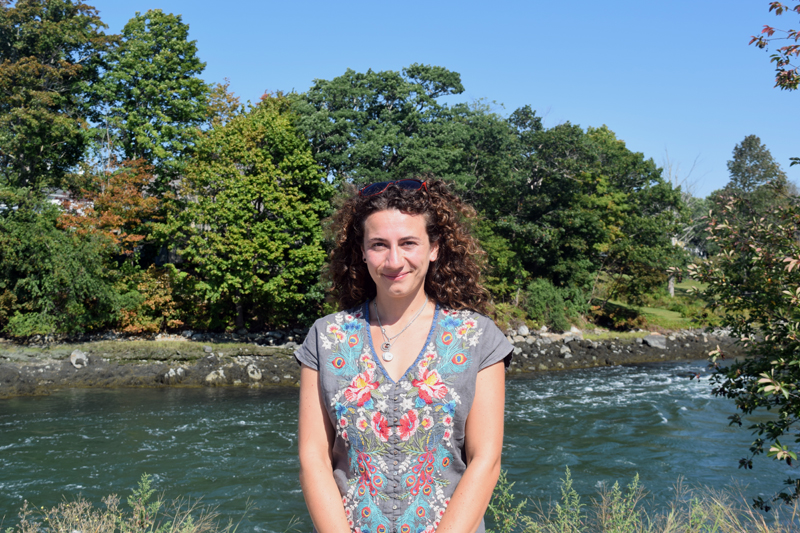 The district covers Chelsea, Jefferson, part of Nobleboro, and Whitefield.

Maxmin graduated from Lincoln Academy and Harvard University, where she studied environmental science and public policy.

She works as a grassroots organizer with the nonprofit Campaign Earth, which is devoted to “building a climate justice movement in Maine,” according to its website.

“My background is in grassroots campaigning to pressure our political system to fight for its people,” Maxmin said.

She trained with Emerge Maine, a program that teaches Democratic women leadership skills and campaign strategy. She has worked for multiple nonprofits and political campaigns.

“I’m running because I think it’s time that we elect different types of people to office, who are thinking about these issues in different ways … because politics, as usual, is failing all of us, and you shouldn’t have to work this hard to have your basic human rights fulfilled,” Maxmin said.

Maxmin’s past accomplishments include founding the Climate Action Club at LA.

The club, which remains active at LA, began with small community engagement projects, such as selling reusable bags and doing energy audits on classrooms.

In 2010, the Climate Action Club won $5,000 from the national competition Best Buy @15 Community Impact Challenge. The same year, the school’s first solar panels were installed through student-led action, and since then, more panels have been added to the array.

Maxmin is proud of her campaign, which she refers to as grassroots and inclusive. She said her campaign is not just about herself, but “about everyone in the community.”

Maxmin won 80 percent of the vote in the Democratic primary in June to become the party’s nominee.

Maxmin said she is thankful for her family’s constant support of her work.

If elected, she said she wants to represent the wants and needs of the people in her district and the state. She believes the people of Maine need someone who keeps “deep roots in the community” while working in Augusta. She wants to be a “transparent and responsible legislator” by sharing her opinions and information she has access to in the Legislature.

She plans to do this by being available to listen to people’s concerns and working to have policies reflect what the people want, such as less expensive health care and property taxes.

“The number one thing I hear from people is that our political system has stopped representing us and has stopped listening to us … that’s the same pattern I see,” Maxmin said.

Maxmin supports the citizen’s initiative process and does not see a need for drastic changes to the process.

She does not agree with postponing initiatives passed by voters, mentioning Medicaid expansion as an example. The state has yet to implement expansion, despite the law approved by voters in a November 2017 referendum.

With the same mindset, she supports the ongoing increases in the minimum wage, though she said she understands the impact on business. Every citizen has access to the information to make an educated vote, Maxmin said.

“You need to work more in order to survive here,” Maxmin said. “I know I’m not the only one facing that challenge.”

With the current opioid crisis, Maxmin said there is a gap between the growing number of overdose deaths and the low number of inpatient treatment centers. She supports a coalition of government and law enforcement to help individuals suffering from addiction.

Her solution is to restart the opioid task force created by the 128th Legislature. The task force had a three-pronged approach to the crisis.

The first prong is prevention through behavioral and mental health resources. The second prong is treatment, which includes expanding Medicaid.

The last prong is to work with law enforcement to establish jail diversion programs for low-level drug users, who would instead receive alternative supervision and services. This would help prevent the criminalization of addiction, Maxmin said.

Maxmin has been endorsed by Lincoln County Sheriff Todd Brackett and has spoken about the opioid crisis with Brackett.

Maxmin said the state’s labor shortage is a complex issue that requires more than one solution.

“We need to keep more young people in the state,” she said. “We have such a strong and amazing culture here in our state, which is something to be proud of.”

Maxmin believes the Legislature needs to bring sustainable industries to the state and entice young people to attend college in Maine.

More jobs in the renewable energy industry would bolster the economy, Maxmin said.

“With the solar industry, a lot of incentives for businesses to grow here have been eliminated under the current administration,” Maxmin said. “If you reverse that, there will be a bigger platform for that industry to grow here.”

In addition to having more jobs and people to fill the positions, Maxmin said the state needs reliable internet access, which people struggle to obtain in the rural parts of House District 88.

“It’s hard to build our life and economy here if we don’t have access to internet,” she said.

Another part of the solution Maxmin finds crucial is increasing public transportation options, especially in the rural parts of the state.

“Most everybody knows if you live in this part of Maine and don’t have a car, you can’t get anywhere,” Maxmin said.

Some towns in Maine now use public transportation methods, such as the Farmington-Rangeley bus route in Western Maine that drives its 12-passenger bus every second Tuesday of the month to the county’s business hub.