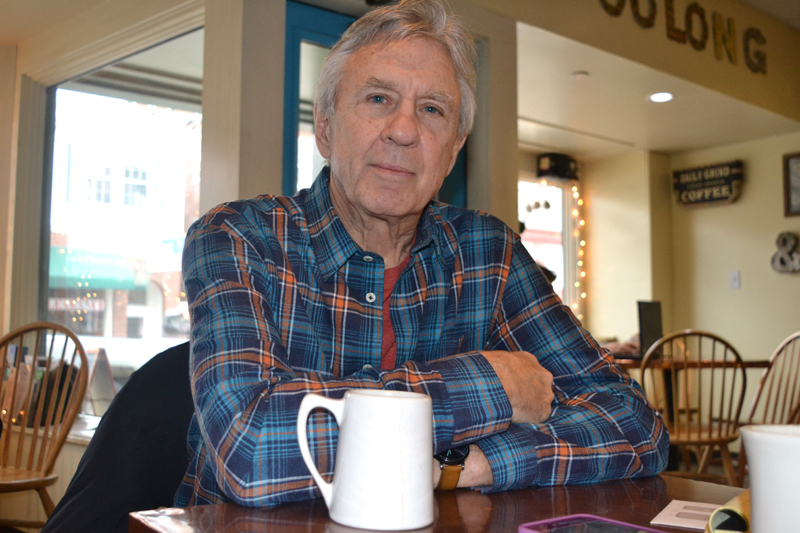 Charles Stuart’s brand-new documentary film “Into the Light,” set to screen Saturday, Feb. 17 at Lincoln Theater in Damariscotta, is “a riveting story and an uplifting film about the stigma and shame surrounding mental health in this country,” said the 73-year-old Nobleboro filmmaker in a recent interview at a local cafe.

Stuart’s film is set for official release in May – Mental Health Awareness Month – on PBS stations across the U.S.

“Into the Light” interweaves two stories – that of Sgt. Brendan O’Toole, a U.S. Marine Corps veteran who fought in Afghanistan, and Dr. Barbara Van Dahlen, a widely celebrated clinical psychologist who was named one of the World’s Most Influential People by Time Magazine in 2012.

The film follows O’Toole’s 3,600-mile run across the U.S. “to raise money and awareness for veterans and the issues they face when they return from war,” as the film’s trailer puts it.

Van Dahlen, who provides free therapy to veterans suffering from post-traumatic stress disorder via her nonprofit organization Give an Hour, appears in the film as both therapist and as someone dealing with her own mental health-related issues. When she was a very young child, her mother suffered a psychotic break and left home.

At the time of filming, Van Dahlen had not seen her mother, diagnosed as schizophrenic, for 40 years. She searches for her mother over the course of the film.

“I said, ‘I’ll go into production if you let me tag along and go in search for your mother’ – and neither of us had any idea how it would end,” Stuart said of the planning stages of “Into the Light.”

“I was with Barbara during her dramatic discovery, which didn’t go well,” Stuart said. “But something happens in the end that turns the story, along with Brendan’s run, into a positive and uplifting film about a difficult subject.”

Stuart recalled how he got started making movies. “The first film I ever made was in 1973, about veterans coming back from Vietnam,” said Stuart. “I’ve always been partial to telling veterans’ stories.”

Before becoming a full-time independent filmmaker 30 years ago, Stuart worked as a producer, director, and writer for one of PBS’ flagship television stations, WGBH in Boston, followed by a 10-year stint working at ABC with the famed anchor of “ABC World News Tonight,” Peter Jennings. 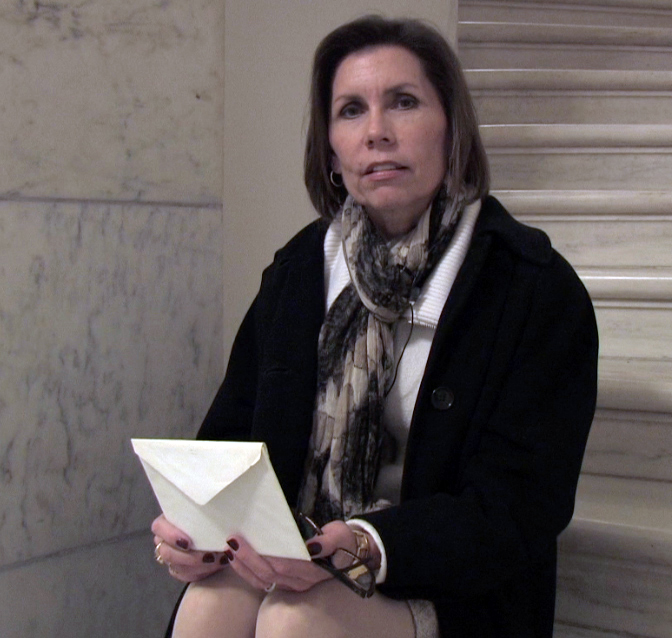 Dr. Barbara Van Dahlen in a scene from “Into the Light,” the PBS documentary that will screen at Lincoln Theater on Saturday, Feb. 17. In the film, Van Dahlen searches for her mother, who has schizophrenia and whom she has not seen in 40 years. (Image courtesy Charles Stuart)

“I have made lots of documentaries, some of them about veterans, but let’s jump to 2013 here in Maine,” said Stuart. That’s when he “knocked on the door of Jennifer Rooks, of MPBN (now Maine Public), and said ‘I make documentaries.’ She said, ‘Boy, do I have a story!’”

The result of his conversation with Rooks was “A Matter of Duty,” a film he made about local veterans returning from Iraq and Afghanistan.

“The entire film was centered on the jail in Augusta, and focused on Randy Liberty, who was the sheriff of Kennebec County at the time,” Stuart said.

Liberty, who is now the warden of the Maine State Prison in Warren, introduced Stuart to two inmates at the Kennebec County Correctional Facility who “had served their country and were in jail with no prior records.”

The inmates, who were military veterans, “had committed crimes and had no priors, and clearly had problems re-entering society after their war experiences. These inmates told  their stories of suffering.”

At the time, Liberty “suffered from PTSD – post-traumatic stress disorder,” said Stuart. “He was willing to go on camera and talk about his PTSD for one reason, and one reason only – to use television to show veterans that they did not need to suffer in silence.

“He convinced the VA at Togus to allow our cameras to come into a therapy session, again for one reason and one reason only – to get rid of the shame and stigma surrounding emotional suffering. That was an extraordinarily courageous act.”

“A Matter of Duty” was shown 100 times on MPBN, Stuart said.

Van Dahlen is the force behind The Campaign to Change Direction, changedirection.org, a high-profile endeavor supported by such luminaries as Prince Harry and Grammy Award-winning country singer Chris Stapleton that was created “to change the culture of mental health in America so that all of those in need receive the care and support they deserve,” as the website puts it. “The campaign encourages all Americans to pay attention to their emotional well-being – and it reminds us that our emotional well-being is just as important as our physical well-being.”

“In the end, the film about Sgt. Brendan O’Toole’s run and Barbara’s extraordinary search for her mother is about trust, the trust you put in someone – a friend, a family member, a therapist – to tell your story of emotional suffering,” Stuart said.

“Into the Light” will screen for free at 2 p.m., Saturday, Feb. 17 at Lincoln Theater, 2 Theater St., Damariscotta. The film will be followed by a question-and-answer session with Stuart, National Alliance on Mental Illness (Maine) Executive Director Jenna Mehnert, and Maine Bureau of Veterans’ Services Executive Director Adria Horn.

Watch the film trailer at lcct.org/into-light-nr-maine-theater-ev1237.aspx.