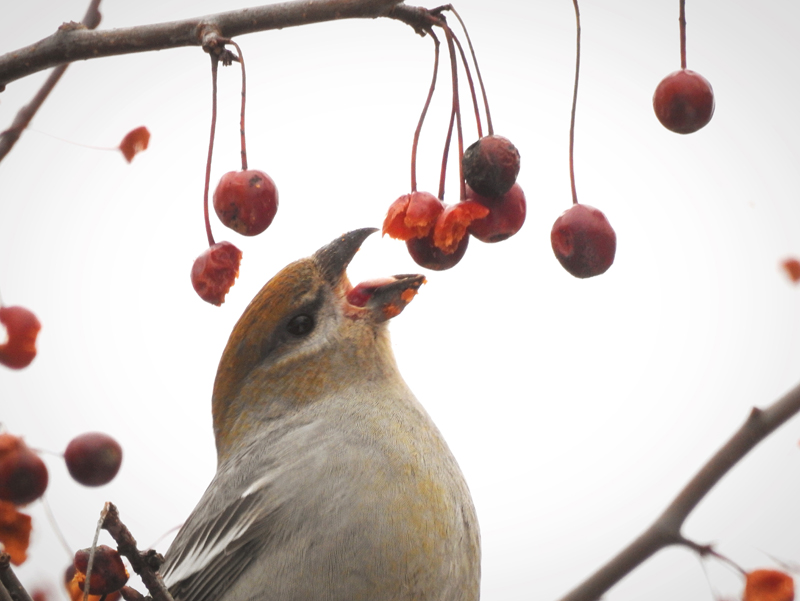 Cory Elowe won the January #LCNme365 photo contest with his photo of a pine grosbeak feasting on crabapples in Damariscotta. Elowe will receive a $50 gift certificate from Cupacity, of Damariscotta, the sponsor of the January contest.

With one vote separating first and second place, Cory Elowe won the January #LCNme365 photo contest with his picture of a pine grosbeak feasting on crabapples. 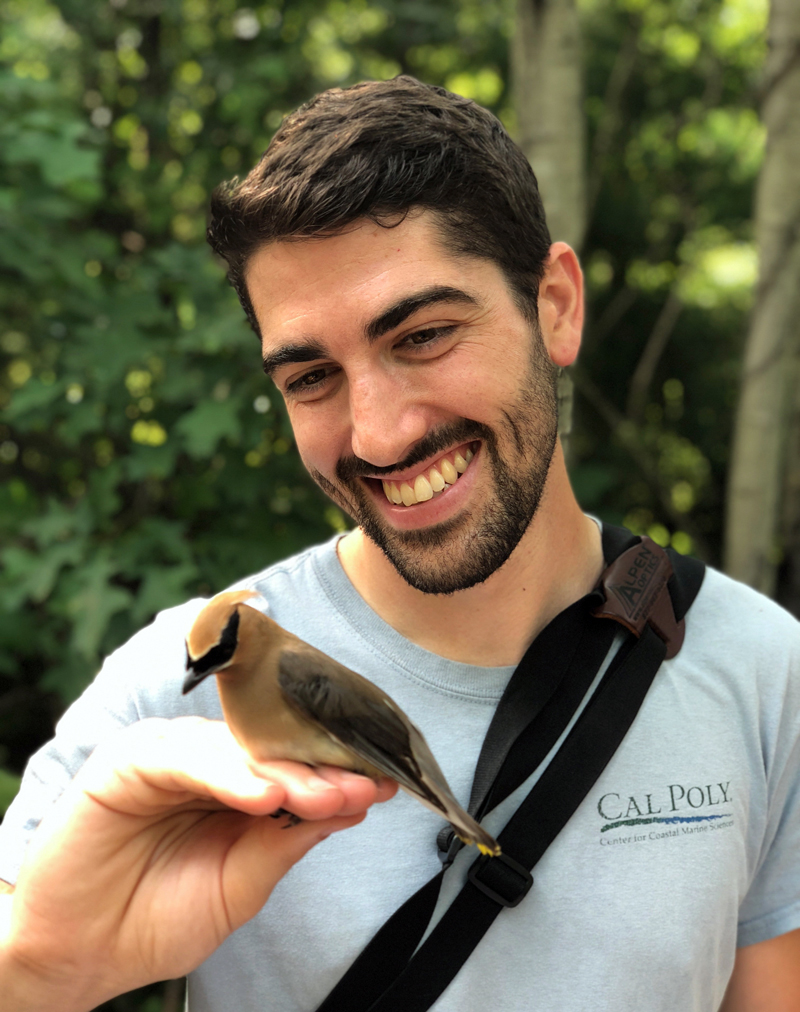 Cory Elowe with a Cedar Waxwing. The bird was captured and released with all the necessary permits for bird population research, Elowe said.

Elowe, originally of Nobleboro, snapped the photo near LincolnHealth’s Miles Campus in Damariscotta with his Nikon Coolpix camera. Elowe is a doctoral candidate at the University of Massachusetts, Amherst, where he is studying the physiology and evolution of long-distance migration in birds.

“These are normally in very far northern Maine, but when food sources dwindled, they were driven south, so this year we have seen a lot of these birds,” Elowe said. “At the hospital there’s a row of crabapple trees as you drive in, and those are a huge draw for these birds. As I was driving past the row I saw them and then spent some time taking photos.”

Elowe has followed the #LCNme365 photo contest for quite some time, but this is his first win.

In addition to having his photo featured on the front page of The Lincoln County News, Elowe will receive a $50 gift certificate to Cupacity, the sponsor of the January photo contest.

As the first monthly winner, Elowe cannot win another weekly or monthly contest in 2021, but he can still submit photos for inclusion in the weekly slideshow of entries at lcnme.com. His photo will compete against the other 11 monthly winners at the end of the year as voters select the annual winner.

Submissions are now being accepted for the February #LCNme365 contest. The winner will receive a $50 gift certificate from the monthly sponsor, Rising Tide Co-op, of Damariscotta. For full rules and means of entry, go to lcnme.com/photo-contest.