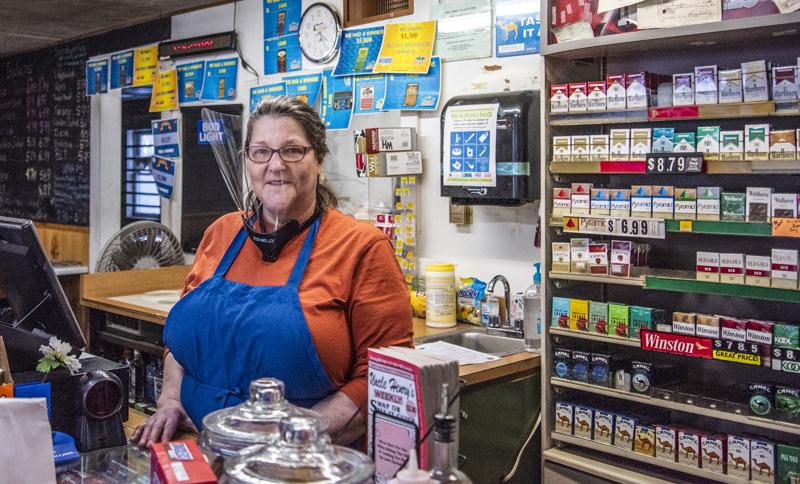 The Nobleboro Village Store reopened Monday, Feb. 8, after closing for the weekend due to a suspension of its license for allegedly violating the state’s mask mandate.

“The state closed me down,” store owner Joanne Kroll said.

Kroll said that at the end of last summer, a quality assurance inspector from the Maine Department of Agriculture, Conservation and Forestry told her that she needed to start enforcing mask-wearing due to multiple complaints about the issue. Kroll said that up to that point, the store’s enforcement had been “sporadic.”

According to Kroll, the inspector then issued a letter in December 2020 that threatened to suspend the store’s food service as a result of continued reports of noncompliance with the mask mandate. Kroll said that at the time the store was served with this notice, all employees and customers in the store were wearing masks.

Kroll said she does not know who has been complaining about the store. “I don’t know how to fight this,” she said, stating that she has complied with the mandate. “I feel like I’m being accused of something there’s no proof of. I’ve not been given any due process.”

Jim Britt, a spokesperson for the Department of Agriculture, Conservation and Forestry, said in a phone call that “the number of complaints from the public indicate a pretty clear history of noncompliance.”

Britt said that the quality assurance inspector had sent “at least seven emails” to Kroll prior to issuing the initial warning letter on Dec. 3, 2020. 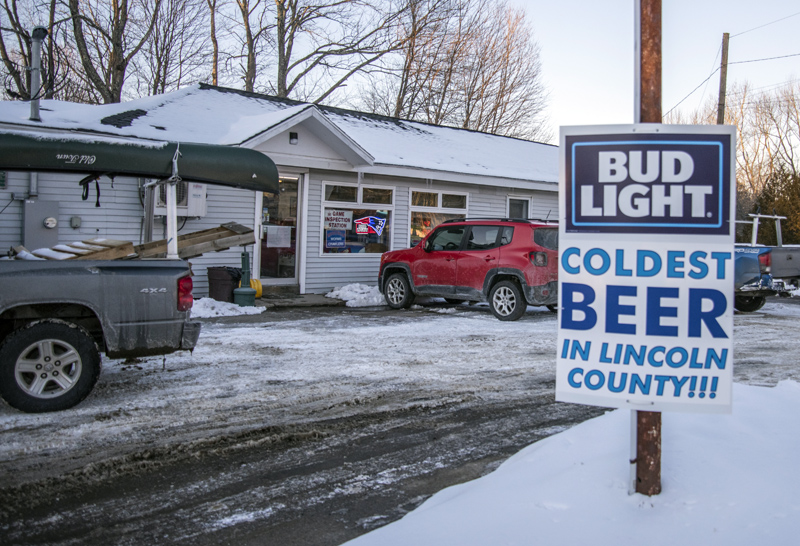 A sign advertises the “coldest beer in Lincoln County” at the Nobleboro Village Store on Monday, Feb. 8. The state temporarily closed the store, citing a failure to enforce mask-wearing. (Bisi Cameron Yee photo)

Britt said the complaints continued and, on Jan. 11, the store received an imminent health hazard citation, alerting the owner that failure to comply could result in temporary suspension of her license to operate.

On Friday, Feb. 5, Celeste Poulin, director of the Division of Quality Assurance and Regulations at the Maine Department of Agriculture, Conservation and Forestry, served Kroll with a temporary suspension of her license to operate for the store’s “refusal to enforce executive order mandating retail enforcement of mask wearing,” according to the document.

The suspension document stated that “the entity has either refused to immediately close or has not adequately addressed the imminent health hazard” and that “obtaining a court order or hearing would cause a delay that does not adequately protect public health and/or safety.”

According to the document, the store would no longer be able to legally operate. The temporary suspension would take place immediately and last 30 days “unless retracted in writing or modified by court order.”

Poulin issued the notice of closure in person at 1:20 p.m. Lincoln County Sheriff’s Office Chief Deputy Rand Maker was present to assist at the request of the Department of Agriculture, Conservation and Forestry. 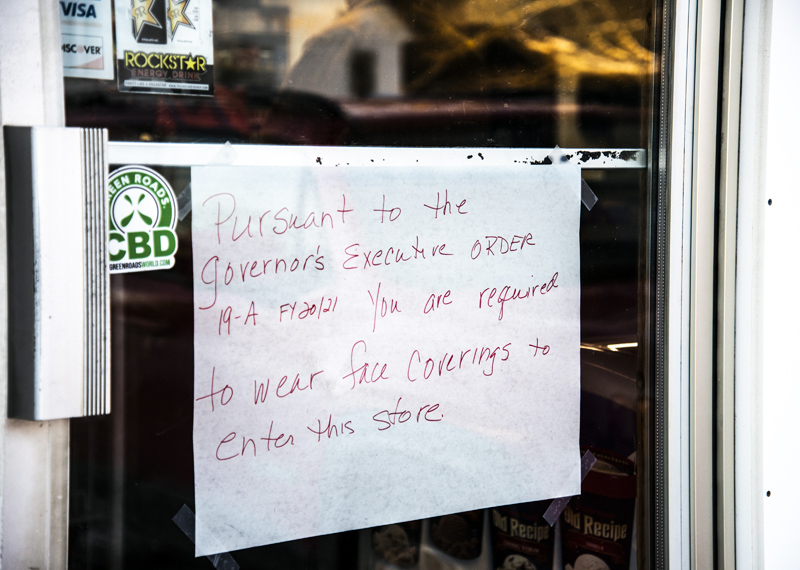 A handmade sign on the door of the Nobleboro Village Store alerts customers to the state’s mask-wearing requirement on Monday, Feb. 8. (Bisi Cameron Yee photo)

Reached by phone, Maker said the sheriff’s office had received at least three to four complaints about the Nobleboro Village Store over the course of the pandemic.

Maker said that most complaints received about local businesses have been handled locally and the sheriff’s office has received “remarkable voluntary compliance.” Maker said that this case has been difficult, but that “it’s a licensing issue, not a law enforcement issue.”

Kroll said she stayed open until 6 p.m. Friday “somewhat in defiance of the order,” but shut the doors in advance of the usual 7 p.m. closing time on the advice of her attorney.

“The closure put my four employees out of work for two days and forced my loyal customers to travel elsewhere,” Kroll said.

Kroll’s attorney, Edward Dardis, appealed the Feb. 5 closure and Kroll said the store was allowed to reopen after posting a notice of the mask requirement on the front door.

“I lost at least $10,000 from being closed over the Super Bowl weekend. It was a horrible weekend for me. I feel like I’ve been targeted,” Kroll said. “It’s been very frustrating. The biggest frustration is that there is no proof that we don’t wear masks.”

“The store is back open,” Britt said. “Ultimately that’s what we all want.”