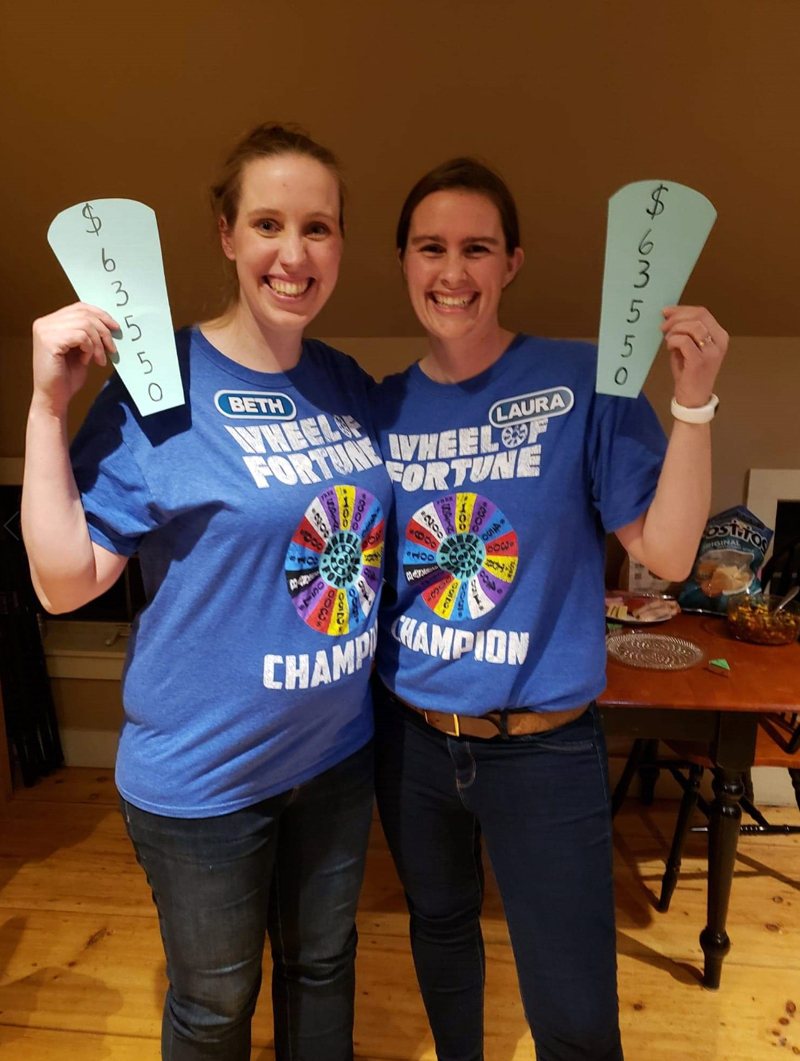 A Nobleboro woman and her best friend won cash and prizes with a combined value of $63,550, including a vacation to the Caribbean island of Aruba, on an episode of “Wheel of Fortune” that aired Wednesday, Feb. 19.

Laura Oliver, of Nobleboro, and her best friend, Beth Day, of Pittsfield, flew to Los Angeles in January to compete during the long-running game show’s “Girlfriend Getaways” week.

“It was pretty sweet,” Oliver said of their winnings. They won $37,000 for correctly guessing the bonus round puzzle, brown falcon, in the episode’s final round.

Contestants on “Wheel of Fortune” guess one letter at a time in a hidden phrase until they solve the puzzle. The show airs locally on Channel 8, WMTW.

Day said two of the big puzzles the pair won were “natural sponge” and “no better way to unwind,” the prize puzzle that punched their ticket to Aruba.

According to Day, Oliver was able to guess “natural sponge” because her mother uses natural sponges to clean around the house.

“She caught on right away,” Day said.

For the prize puzzle, Day said she figured it had something to do with vacation. “It is usually a vacation or beach theme,” she said.

Oliver said she had about a dozen people over for a watch party.

“It was so much fun. Beth and her family came down, my mom came over, my mother-in-law was there,” Oliver said.

“There was a lot of hooting and hollering and storytelling,” she said.

Both Day and Oliver have watched “America’s Game” since childhood. They landed a spot on the show after Day sent in an audition video taken at West Quoddy Head Lighthouse in Lubec.

The friends traveled to Bar Harbor in September 2019 for an audition, where they were told they had been selected and should stand by for a trip to Los Angeles.

Day and Oliver have a year from the show’s air date to travel to Aruba. They will go separately. Day and her husband are expecting a child and will plan their trip around that.

Regarding the winnings, Day said she is going to be practical with the prize money.

“We’re thinking of using it to pay for medical bills and to put the rest toward a down payment on a house,” she said.

Oliver lives in Nobleboro with her husband, Jacob, and their two children, Adelaide, 9, and Eve, 5.