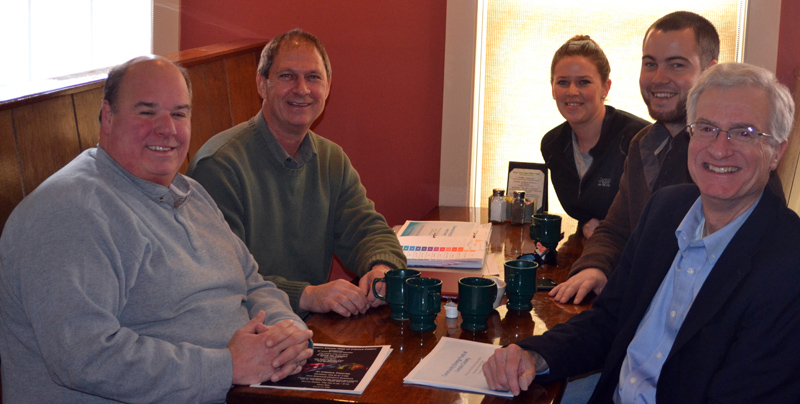 “And I was, I was coming in, thinking ‘I really wonder what he wants,’ and he slipped me a piece of paper with an address and said, ‘they need help.’”

After dropping in spring 2020, average heating oil prices in Maine have slowly – then not so slowly – crept back up. The statewide average price for a gallon of heating oil on Jan. 25, 2021, was $2.30, according the State of Maine Governor’s Energy Office.

Almost exactly a year later, on Jan. 24, 2022, that average was $3.44.  Statewide average costs for firewood, propane, and kerosene have also risen significantly since January 2021.

And with state funding often slow to access, local mutual aid projects run by volunteers serve as the only networks of immediate relief.

“There is a need in the community right now. And there’s a lot of reasons why,” said Maurer.

Not only have the costs of heating fuels themselves increased; costs of transportation, food, and housing have all increased, too. As COVID-19 rates continue to ebb and flow in the state, needs for medical care have also changed, which could mean new costs for some.

As Maurer put it, “Everything just costs more.”

For parents of school-aged children, a positive COVID-19 test could mean staying home with the infected child, and may mean catching the virus themselves. Maurer said he’d seen a few of these cases this year so far, noting that the house is, in most cases, still burning through fuel and no one is out working.

Newcastle resident Molly Bangs’ heating costs this winter have gone up. While she will be able to adjust to the new prices, she noted that many cannot.

The Community Energy Fund accepts donations given in the name of a specific community member or to a general fund pool, from which small amounts will be given throughout the winter.

“Every dollar that comes in goes back out,” Maurer added. All staff are volunteers, with office supplies and advertising space donated, too.

Donations this year have been steady. Aside from an advertisement in The Lincoln County News, CEF does not fundraise. They rely on small checks mailed to Maurer’s post office box.

Or dropped off at King Eider’s as “Notes for Todd.”

Or delivered by hand from concerned neighbors.

Maurer shared a story of woman coming to knock on his door one evening, to say, “I know someone in need.”

The story is not an anomaly; rather, it’s representative.

“You will be surprised how many people walk through that door with a note for me,” said Maurer. “We have had everybody from medical people that were trying to help people that are in the hospital. You know, they’ve got pneumonia, and they’ve gotta keep the house at least 60 (degrees). And they don’t have the oil and they call us up. And we take care of it.” 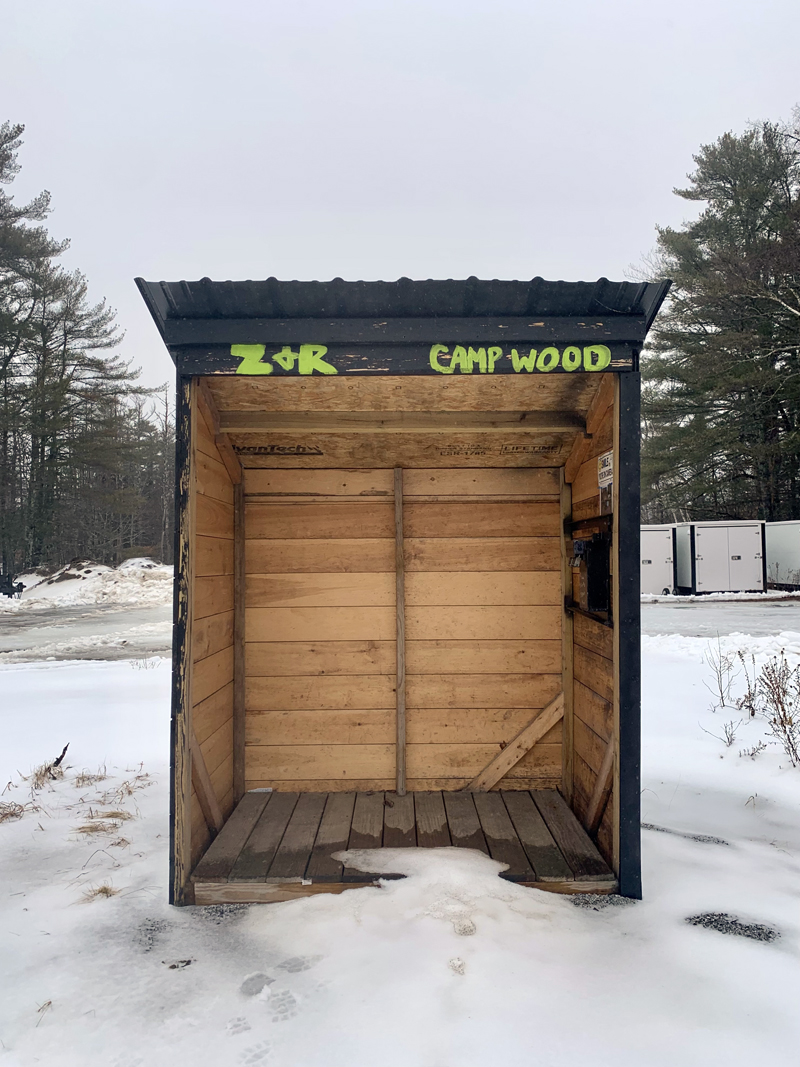 A roadside firewood stand off Biscay Road in Damariscotta, before it has been refilled. The average cost of a cord of firewood was $270 on Jan. 31. (Anna M. Drzewiecki photo)

The network lives across town borders, through phones and front porches, parking lot chats, emails. The pub, of course. It extends in tendrils and traces of conversations. It is a network of care.

When in need of help with heating, Lincoln County residents are first directed to their town government. CEF’s website has a list of town office contacts for all Lincoln County towns. The town can then refer folks in need to CEF.

There’s no clear divide between those who support and those who receive support. Maurer counted at least 15 families, off the top of his head, whose names he sees on donation checks, knowing that they once received funding themselves.

And what about assistance from the State?

The program is administered by Maine Housing Authority. The HEAP application period is open for nearly the whole year, with emergency fuel applications through April 30. However, demand for fuel and the ongoing impact of the pandemic makes landing an appointment challenging for some.

Maurer suggested that the application process to receive such funding is a deterrent for some, especially those who are in immediate need.

He also noted that CEF works with distribution services – most notably Damariscotta-based Colby & Gale – to communicate about needs in the community. Sometimes, Maurer said, Colby & Gale will know when state assistance has come in before an applicant.

Some town officials echoed similar observations regarding HEAP communications. At a meeting in January, Whitefield selectmen discussed the town energy fund, another mutual aid effort to help keep everyone in the community warm throughout the winter.

Vice Chair Charlene Donahue noted there are people who are cold today who weren’t able to predict the costs of fuel or a job loss or any other changes in their lives that may have caused a sudden need. HEAP funding a month from now is helpful a month from now – but not today.

Plus, some people don’t qualify for HEAP assistance – though their neighbors and friends may still see them without fuel for their furnaces or wood for their fireplaces.

“And if the person is too proud to go to the town office, you know, we have enough eyes and ears out on the streets,” said Maurer, referring to church-goers, teachers, local law enforcement, the YMCA. “They all know what we do.”

Already this winter, Maurer recalls five people who have come to him as intermediaries, asking for funds themselves to protect a friend or neighbor’s privacy.

It doesn’t matter who asks; what matters is that they ask.

Maurer is most concerned for the ones who don’t or can’t reach out, or who have no witness.

“We can help. But if we don’t know about a need, then there’s a problem there. That’s what we can’t catch,” he said.

“We’re in February right now, we’ve probably got about a little more than month and a half to go. I think we’ll be okay,” said Maurer, referring to the amount of funds available.

He said he just found a few small checks in his mailbox.

“This is what we see,” he added, before thanking the people of Lincoln County who “believe in what we do, and have not let us go out to beg for money. It’s amazing. So you just gotta be grateful for what you have. And know that we’re going to make it through this as we have made (it through) tough years in the past.”

For Maurer, making it through tough years means helping others do the same.

A home should be a shelter from the elements, warm as a den. Information on funding for emergency heating assistance is available at communityenergyfund.com, town websites, and at mainehousing.org.