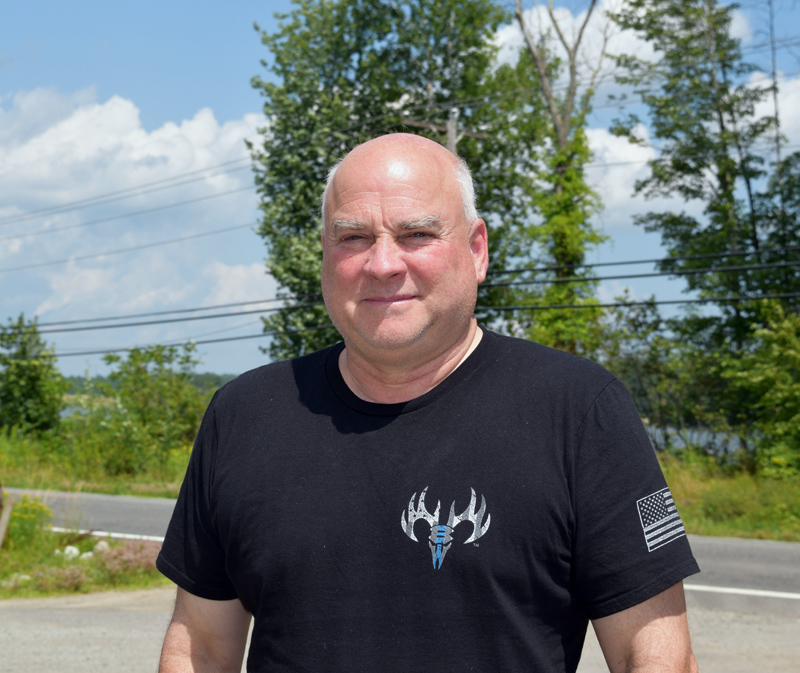 Mark Bridgham retired from his position as a patrol supervisor with the Lincoln County Sheriff’s Office on July 24. (Jessica Clifford photo)

“I enjoyed the interactions with the community no matter where I was, from Somerville all the way to Southport,” Bridgham said.

Bridgham, 62, of Jefferson, started out walking the floors of Lincoln Academy as a school resource officer in 2004. Thirteen years later, he was promoted to sergeant and worked as a patrol supervisor for his remaining years with the agency.

Prior to his time at LCSO, Bridgham served 20 years in the U.S. Air Force as a Security Police officer and retired with honors.

Afterward, he worked for the Augusta Police Department for nine years. He started as a patrolman and, after two years, became a detective, investigating juvenile crimes. He also worked as a Drug Abuse Resistance Education, or D.A.R.E., officer.

When his daughter told him about an opening for a school resource officer at Lincoln Academy, he applied. He had hoped to do the same job in Augusta, but did not get an opportunity.

“That was my home, those were my kids, and that was my school,” Bridgham said about becoming the school resource officer at LA.

LA contracts with LCSO for a school resource officer, Associate Head of School Andrew “Andy” Mullin said. The agency and the school split the cost of the position roughly in half.

Bridgham’s rank with the county was deputy, then deputy first class, during his years at the school, but he was always “Officer Mark” to students, teachers, and parents.

As school resource officer, Bridgham’s philosophy was to “be there” and “share with the kids.”

“I will not protect you if you’ve done something wrong. You do it, you did it, you own it,” he said.

He was only the second full-time school resource officer at LA, and the first was only on the job a few months.

Mullin, the associate head of school, worked with Bridgham throughout his tenure. He enjoyed their morning tradition of drinking coffee and planning their days.

“As far as a school resource officer, we have been working to make Lincoln County Sheriff’s (Office) less of a nemesis and more of a resource,” Mullin said.

Bridgham was a resource for students by answering questions, explaining things like how to register their first car. 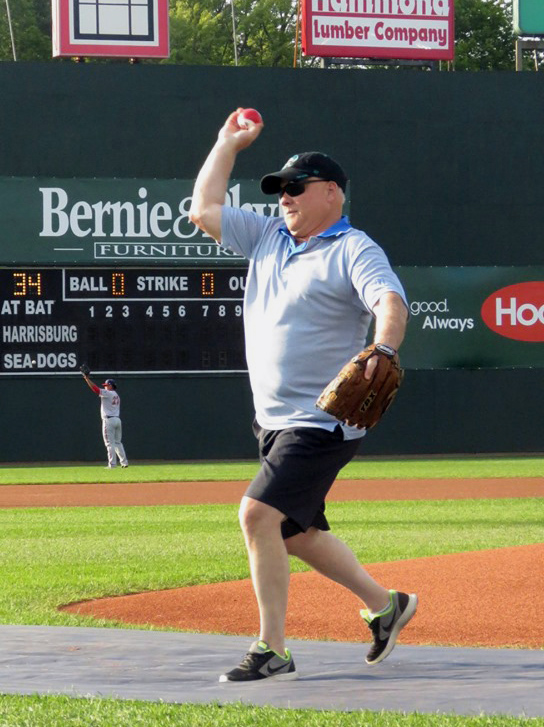 “He was an officer who could answer questions, and that’s kind of what we wanted him to do, rather than somebody who would be looking to nab people for speeding out of the parking lot,” Mullin said.

Although Bridgham wanted the promotion to sergeant, it was difficult to make the transition from the school.

Bridgham worked as a patrol supervisor the last 2 1/2 years of his career, driving the streets in an unmarked, Champagne-colored Ford Explorer.

“Once I took shift in the morning, my office was on four wheels – just had to make sure it had gas,” he said.

As a patrol sergeant, he supervised patrol deputies and acted as a middleman for communication between the deputies and leadership – the lieutenant who oversees the division and the chief deputy and sheriff.

He performed regular patrol functions, such as making traffic stops. He was typically second on scene for a crash or crime and would write up supplementary reports.

Bridgham “excelled” as both a school resource officer and a patrol sergeant, according to LCSO Lt. Brendan Kane, who serves as commander of the patrol division and Bridgham’s immediate supervisor.

“All the positive adjectives you could flourish on him would be appropriate. He was a hardworking, dedicated, loyal, and respected member of the law enforcement community,” Kane said. “He’s done a tremendous amount in his career, and he’s earned it.”

In addition to his day-to-day duties, Bridgham earned his certification as a drug recognition expert from the Maine Criminal Justice Academy in 2009.

The certification process includes additional drug detection training as well as education about pharmacology and the effects of drugs on the body.

Drug recognition experts use a 12-step process, accepted across the country, to determine if someone is impaired by drugs.

After the initial test, there is continuous training, and an expert must become recertified every two years.

“I didn’t even really know how to spell pharmacology, so trying to figure out pills and drugs and the effects they might have on the human body, that was not in my comfort zone,” Bridgham said.

He is proud of his record since he became certified: He has performed around 70-80 exams, and of those, his conclusion was accurate 96.3% of the time.

Bridgham is the only drug recognition expert at LCSO.

The work of a drug recognition expert includes helping other officers determine if a driver is under the influence of marijuana. The drug is legal in Maine, but the state does not have an established blood or breath test for impairment.

“What we did was, we put the cart before the horse,” Bridgham said of legalization prior to the adoption of a standard for impairment.

“Eight states in the country have marijuana laws and most have established some kind of legal impairment limit. Maine is still working on what that impairment limit might be,” Bridgham said. “Until then, officers will abide by the Maine motor vehicle code in determining a person’s ability to operate a motor vehicle safely.”

In the meantime, officers will continue to have a drug recognition expert assist with investigations during traffic stops, Bridgham said.

Despite his retirement from full-time work, Bridgham will remain on the LCSO roster as a reserve deputy and serve as a drug recognition expert when necessary.

The sheriff’s office will pursue a replacement for Bridgham, but a timeline is not clear. “It’s a lengthy process to complete the schooling,” Kane said.

Bridgham’s family celebrated his retirement and his recent birthday by taking him to a Portland Sea Dogs on Saturday, July 27, where he threw out the first pitch.

He does not know how he will spend his newfound time yet. He will continue to work as a part-time basketball official.

“I have no intentions of retiring from officiating unless my back and legs simply won’t let me do the job,” he said.

Of his decision to retire from law enforcement, Bridgham said it was the right time. “I turned 62 and this is a young man and young lady’s game,” he said.

“I think my body was telling me it’s time,” he said.