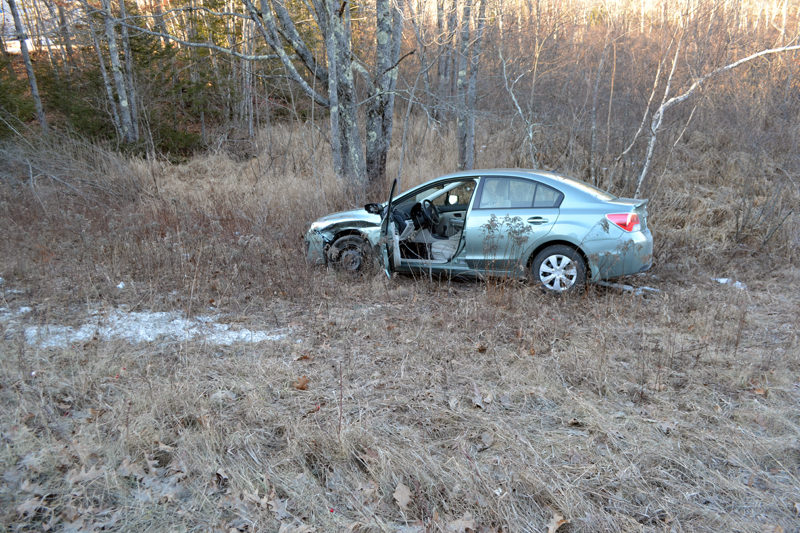 A 2016 Subaru Impreza was damaged and its driver taken to the hospital after an accident on Route 1 in Newcastle on Sunday, Jan. 15. (Maia Zewert photo)

A man was brought to LincolnHealth’s Miles Campus in Damariscotta after an accident on Route 1 near Newcastle Chrysler Dodge Jeep the afternoon of Sunday, Jan. 15.

Moira Rose Mahegan, 26, of Wiscasset, was driving south on Route 1 in a 2009 Subaru Impreza when Robert Murphy, 52, of Boothbay, who had stopped in the southbound breakdown lane, attempted to pull onto Route 1 to continue south in a 2016 Subaru Impreza, according to Lincoln County Sheriff’s Deputy 1st Class Brian Collamore.

Murphy reported side pain and was transported by Central Lincoln County Ambulance Service to Miles, Collamore said. According to hospital personnel, Murphy was treated and released.

Mahegan did not report any injuries, Collamore said.

Murphy’s failure to yield the right-of-way was the cause of the accident, Collamore said.

The Newcastle Fire Department also responded to the scene.