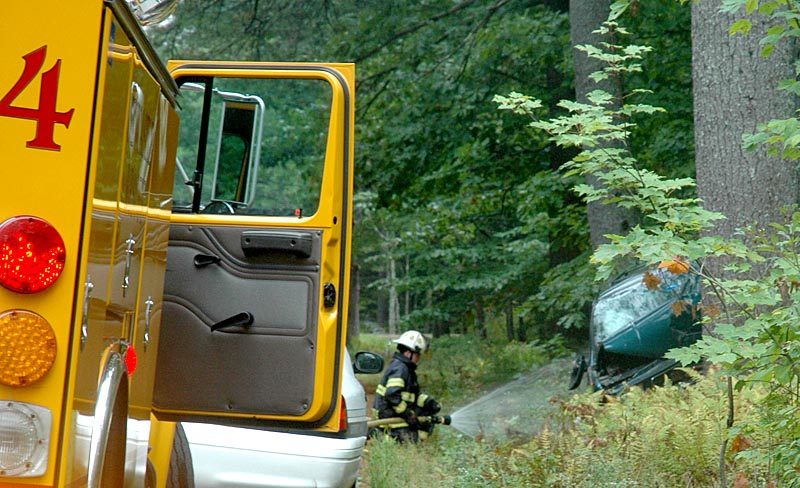 Crews from the Newcastle Fire Department responded to a car versus tree accident on River Road during the morning of Monday, Sept. 19. (Alexander Violo photo) 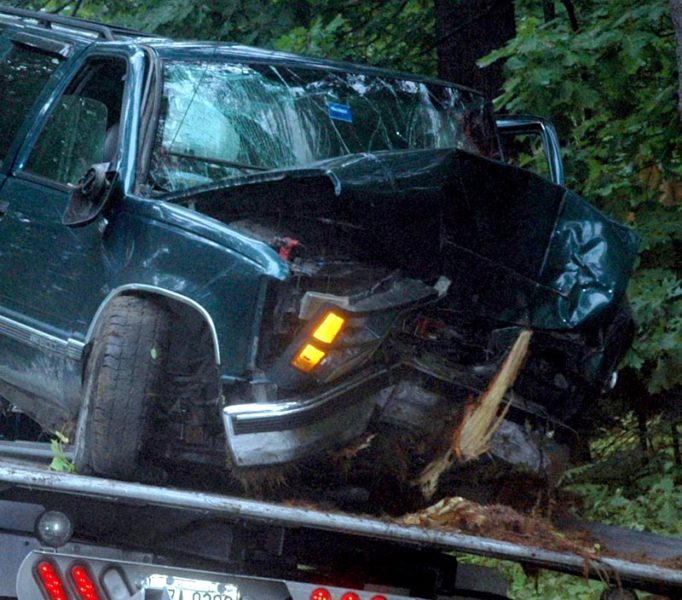 The driver of a green GMC SUV was taken by ambulance to LincolnHealth’s Miles Campus in Damariscotta after the vehicle hit a tree on River Road in Newcastle the morning of Monday, Sept. 19. (Alexander Violo photo)

A Newcastle teenager was taken to Miles by ambulance after a single-vehicle accident on River Road in Newcastle the morning of Monday, Sept. 19.

Lincoln County Sheriff’s Deputy Kevin Dennison said he was unsure of the extent of Robison’s injuries, but thought he had facial lacerations and a possible leg injury.

According to Dennison, witnesses reported the green GMC sport-utility vehicle was traveling north on River Road when it drifted across the centerline, left the road, and struck a tree. The cause of the accident is under investigation.

Joining the Lincoln County Sheriff’s Office at the scene were crews from the Central Lincoln County Ambulance Service and the Newcastle Fire Department.