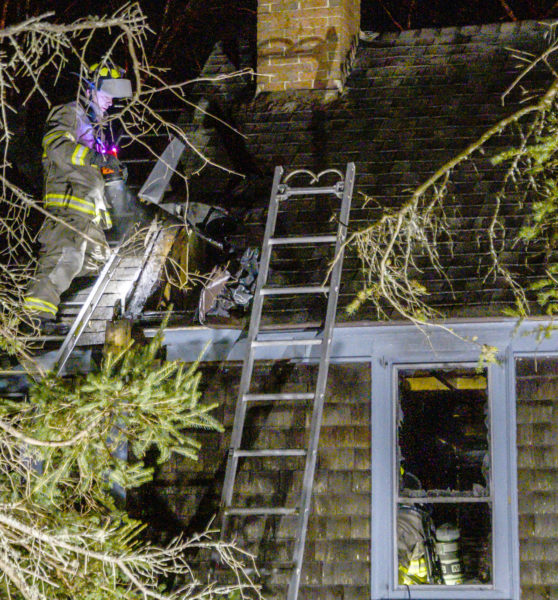 A firefighter works on the roof on a home on Bristol Road in Bristol while other firefighters launch an interior attack in the room where a structure fire ignited on Friday, Dec. 2. (Bisi Cameron Yee photo)

A man was injured in a structure fire near Pemaquid Point in Bristol that drew response from six area fire departments the evening of Friday, Dec. 2.

According to Bristol First Assistant Fire Chief Jared Pendleton, Robert Kline, the owner of the property at 3004 Bristol Road, required treatment at the scene by Bristol Fire and Rescue for unspecified injuries and was later transported to LincolnHealth’s Miles Campus in Damariscotta by the Central Lincoln County Ambulance Service. 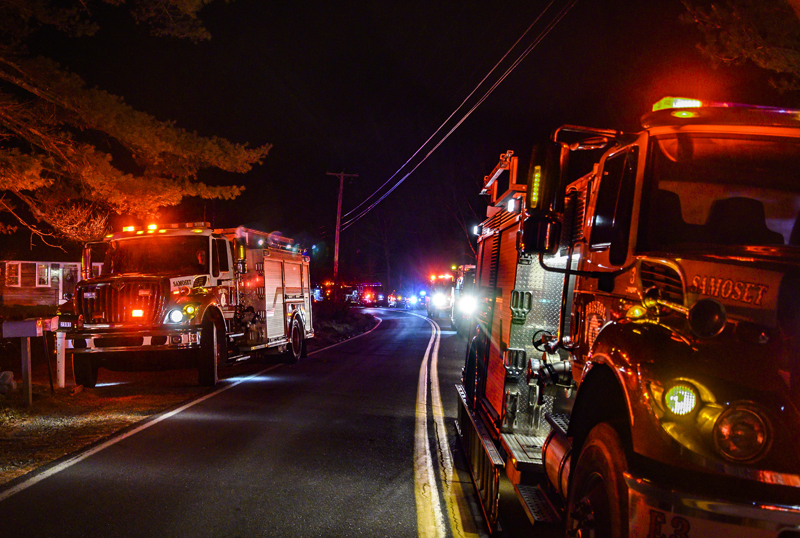 According to Michelle Lunt, communications and public affairs manager at LincolnHealth, Kline has since been discharged from the hospital.

Pendleton, the first officer at the scene, said the room where the fire started was fully involved with heavy smoke and flames coming out of the windows when he arrived.

Firefighters deployed what Pendleton called a “transitional attack,” spraying water from the exterior to drop the temperature within the house. Once reinforcements arrived, firefighters used air packs to enter the structure and were able to knock down the blaze within minutes. Pendleton estimated 30-40 firefighters responded to the scene. 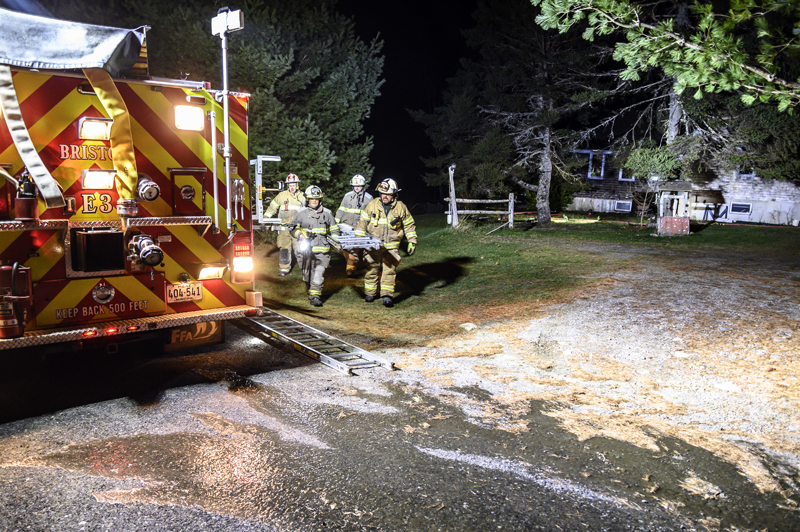 Pendleton said the home sustained extensive fire, smoke, and water damage, but the structure is salvageable. Pendleton said a crew remained on site overnight to ensure the fire did not rekindle.

Shannon Moss, public information officer for the Maine Department of Public Safety, said the fire is still under investigation, but it appears to be accidental and occurred while someone in the home attempted to start a fire in a wood stove.