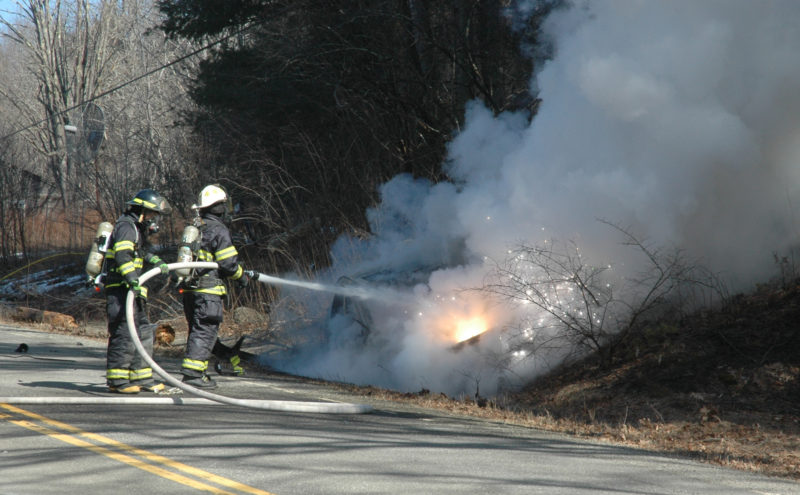 A vehicle crashed and caught fire on South Clary Road (Route 215) in Jefferson the morning of Sunday, March 12. The driver and sole occupant of the vehicle was taken to the hospital with injuries police did not believe to be life-threatening.

Alexandra Welch, 20, of Damariscotta, was driving south on Route 215 when she lost control of the vehicle, according to Collamore. She believes the vehicle rolled over at least once before coming to a rest off the northbound lane.

Welch was able to exit the vehicle on her own, according to Collamore. Jefferson Fire and Rescue personnel used a stokes basket to carry her through the woods away from a downed power line to a waiting ambulance.

Welch was not wearing a seat belt at the time of the accident.

South Clary Road was shut down while firefighters extinguished the car fire.

According to Jefferson Fire Chief Walter Morris, a power line was brought down onto the road during the crash. The Newcastle Fire Department responded to help close the road.

Morris said Jefferson responded with four trucks and 14 firefighters and emergency medical technicians. Engine 2 from the South Jefferson station was the first to arrive on scene.

Morris said the department kept a truck and a crew on scene until 4 p.m. to assist with traffic control. 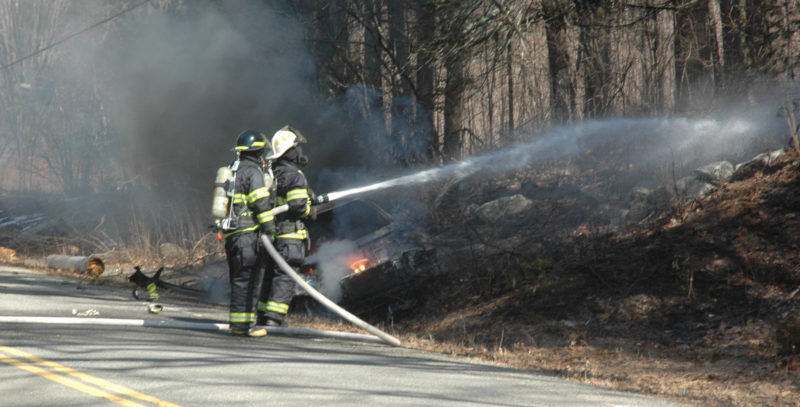 Firefighters hose down a section of the woods to prevent a car fire from spreading on South Clary Road in Jefferson on Sunday, March 12. (Alexander Violo photo)