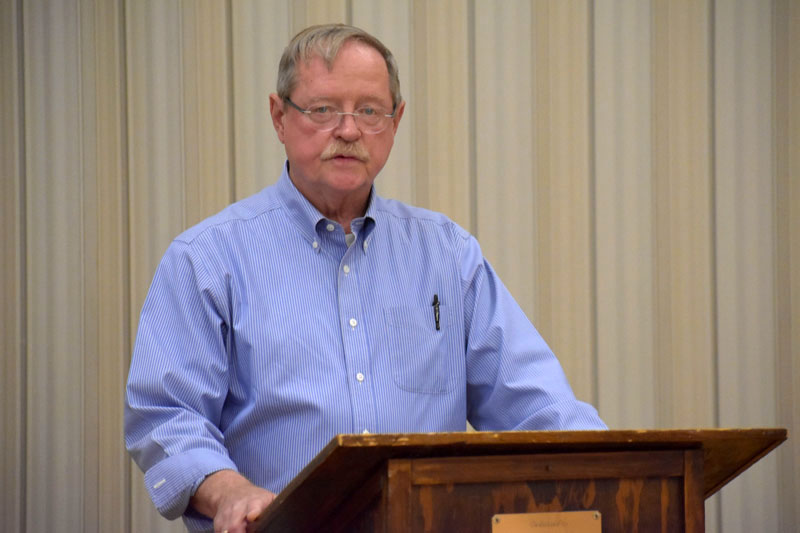 At the beginning of the forum, Greer said the organizers invited both candidates: Chris Johnson and Willard Pierpont. Only Johnson participated.

During an interview prior to the forum, Pierpont said he was not going to attend because he had to meet a friend and business partner in Bangor.

Around 20 residents attended the forum.

The first question was from Greer, who asked about Johnson’s history in the community. 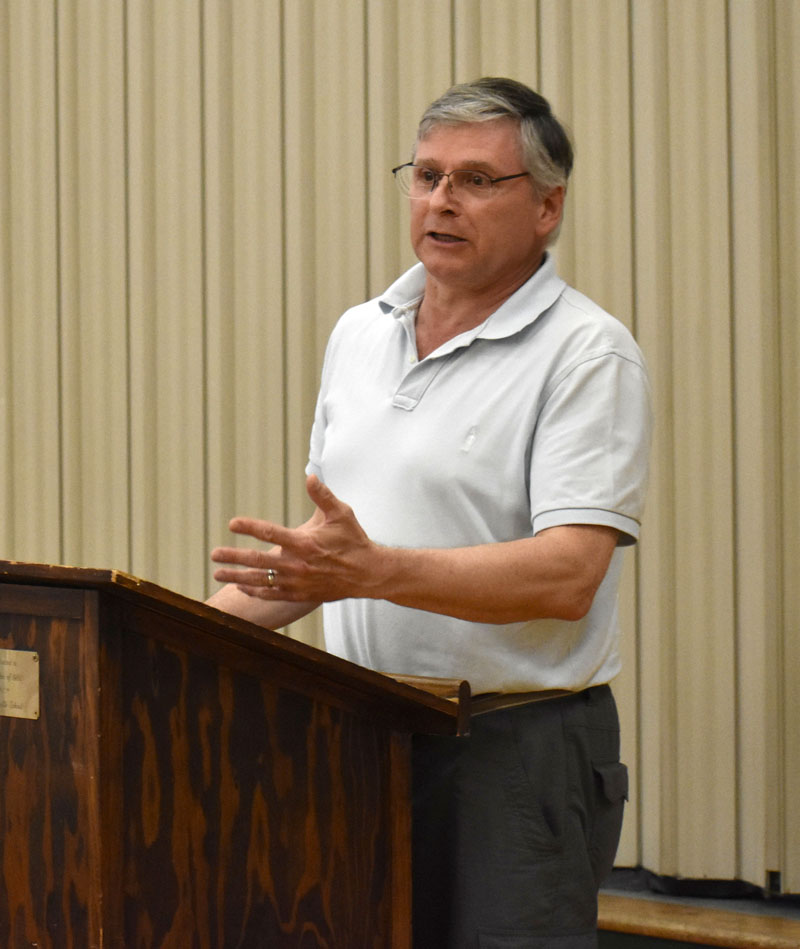 Christopher Johnson, candidate for first selectman, answers a question during the candidates forum in Somerville on Saturday, June 2. Johnson’s opponent did not attend the forum. (Alexander Violo photo)

Johnson said he has lived on Turner Ridge Road for 35 years, since he and his wife moved to Somerville as young professionals.

Johnson, a former state senator, said he got involved in town affairs as a moderator in 2001, after the late Don Hewett asked him to.

Johnson said he is on the RSU 12 Board of Directors and served on the town’s school board prior to the formation of RSU 12.

Johnson said the willingness of residents to help their neighbors makes Somerville a community.

“What matters to me a lot is the character and quality of life here, the sense of community,” Johnson said.

The next question from Greer addressed why Johnson had decided to run for the office of first selectman.

Johnson said he was prompted to enter the race after seeing only one candidate, Pierpont, had returned nomination papers.

“Seeing one person had taken out papers and what I was hearing he wanted to do, I felt he was taking us backward,” Johnson said.

Johnson said he felt compelled to run to offer voters a different choice.

“If this was going to remain a town I wanted and others wanted to live in, it was up to me to offer up an alternative,” Johnson said.

The next question from Greer was about the candidate’s vision for the town.

Johnson said increasing access to broadband is one way to create more economic opportunity, and affordable housing is another area to focus on.

“I want retirees to be able to afford to live here, to be able to pay rent and still put food on the table and pay medical bills,” Johnson said.

The first question from the public came from Claudia Fujinaga, of Somerville, who expressed concern about rising taxes and asked whether the town could reclaim its 52 students instead of sending them to schools outside the town.

Johnson said rising taxes are a concern. He said that as a state senator, he advocated for the state to pay its legally mandated share of education costs, something he would continue to do as a selectman. 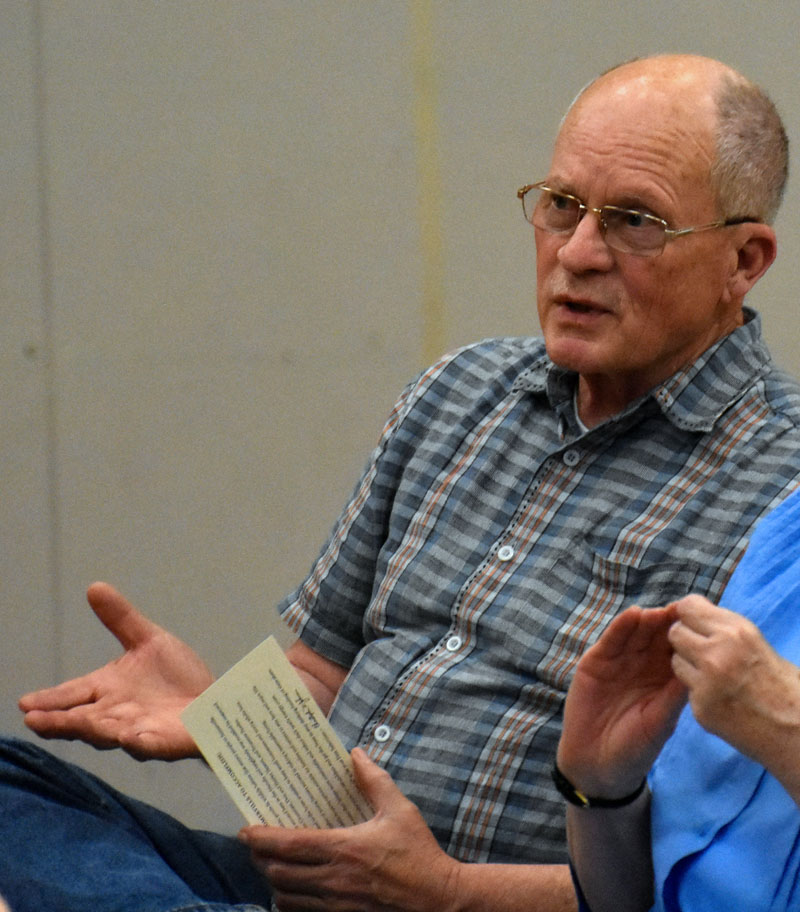 RSU 12 Board of Directors member Russell Gates directs a question to Christopher Johnson, candidate for first selectman, during a candidates forum in Somerville on Saturday, June 2. (Alexander Violo photo)

Regarding the question about the town’s students, Johnson said he does not believe the town would save money by educating students in town.

“I don’t see a way we would be able … to operate a school, as a town, at as low a cost as it is now … When we stopped operating classrooms here and sent students to Windsor, parents were very pleased with the educational experience,” Johnson said.

Johnson said that as an RSU 12 board member, he has worked with Superintendent Howard Tuttle to make Somerville’s former school more open to community uses.

“I’m trying to make the process more straightforward and easy to do so the townspeople have more use of what is essentially a community center in a small town,” Johnson said.

Responding to a question about infrastructure, Johnson talked about the town’s roads.

“Some people want roads to stay dirt, some are happy to have roads where they don’t have to repair shocks or alignment. I think it is important, where we decided as a town to work on roads, we keep that up,” Johnson said.

Johnson said the quality of recent paving work had been raised as a potential issue and he believes the current board of selectmen and road commissioner are taking steps to address the matter.

“I think it is being dealt with appropriately. We shouldn’t have to foot the bill on what was done improperly on our roads,” Johnson said.

Johnson said the road commissioner has been out with a regional representative from the Maine Department of Transportation to check the paving work and take core samples from the roads.

“This gives us the information to go back to the contractor to show what the condition is and find out what are we going to do to fix it,” Johnson said.