More than 80 farms throughout the state of Maine opened their barn doors to the public for Open Farm Day on Sunday, July 24. The annual event gives the public an opportunity to learn about agriculture, tour local farms, and enjoy fun activities ranging from pony rides to blueberry picking to alpaca wool spinning lessons. 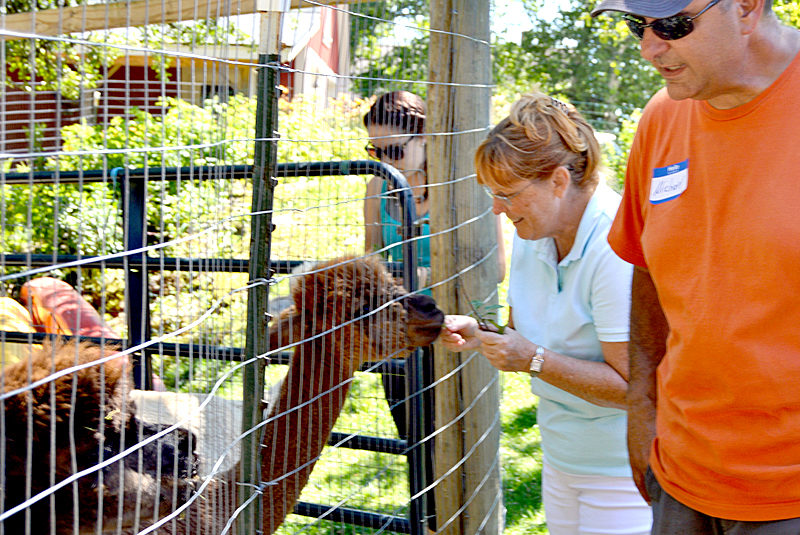 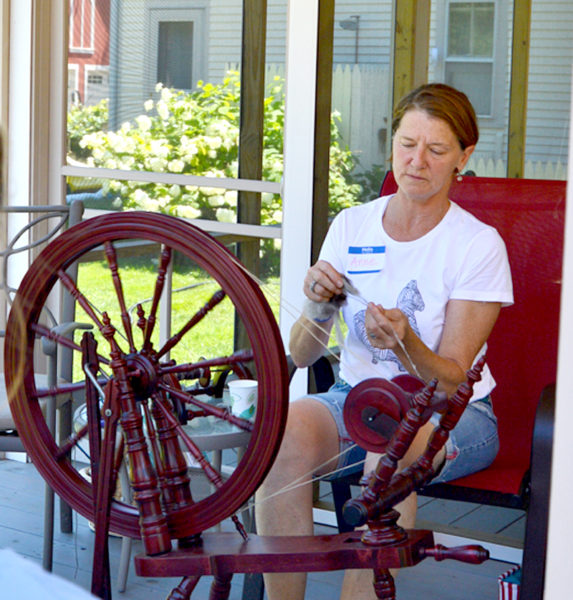 For farmers Anne Gobes and Michael Ciccarelli, this was their first time officially participating in Open Farm Day at their Cape Newagen Alpaca Farm at 1020 Hendricks Hill Road.

“Some of what we (are showing) today is what we do everyday,” said Gobes. Their Open Farm Day activities included alpaca fiber spinning demonstrations, tours, and alpaca feedings. They also sold their alpaca yarn and accessories, such as rugs, stuffed animals, and T-shirts. All the alpaca yarn comes from one or more of their 18 alpacas and is spun on site.

“We’re trying to stay local. Either I make it myself or we send (other products) out locally,” said Gobes.

Cape Newagen Alpaca Farm is open to visitors and tours from 10 a.m. to 5 p.m. Tuesday-Sunday, but Gobes said they definitely had a lot more people visit on Open Farm Day than any day this summer so far.

Some farms, like Lyric Meadow Farm, owned and operated by former “Star Trek” and “As the World Turns” actress Mary Linda Rapelye, offered a wide variety of animals, organic gardens, and activities. The farm also offers event hosting and has a bed-and-breakfast. 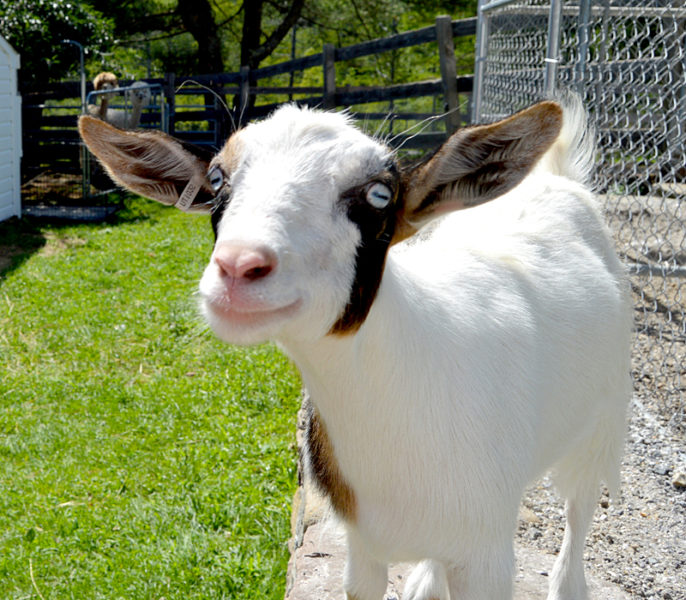 “If someone dreams of doing organic farming or even just learning how it’s done, they can come stay here for a weekend,” said Rapelye.

While some animals had more traditional names like Wilbur Pig, Rapelye’s creative nature came out in other names, like that of Wilbur’s girlfriend, Philomena Florence Darlington Pig. Her ducks are named Dot, Dash, and Hyphen for the marks by their faces that she uses to tell them apart.

One of the most popular activities Lyric Meadow Farm offered was the pony rides. Kids could win free pony rides if they correctly named all the birds displayed at each bird house featured along the farm’s woodland trails. 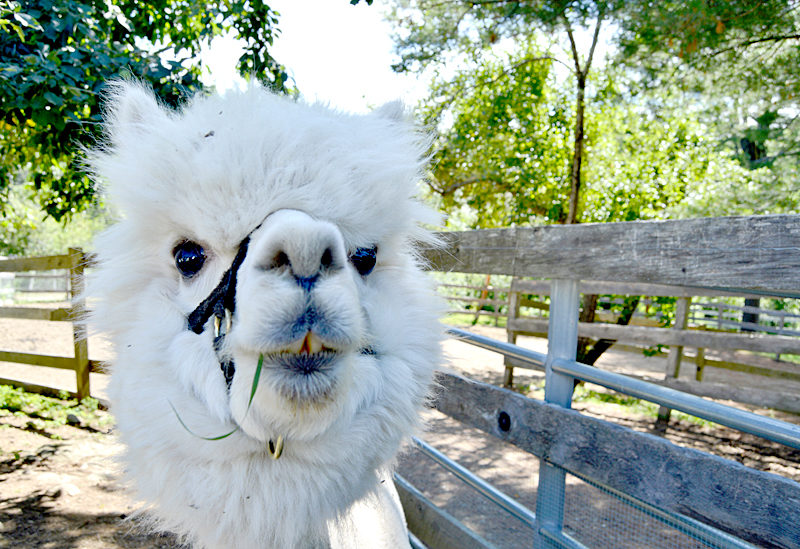 Some farmers took the opportunity to educate visitors not just on the fun aspects of running a farm, but also on the challenges. Both Gobes and Rapelye spoke of the meningeal worm, which is deadly to alpacas. The worm is hosted by the white-tailed deer, then transported by slugs and snails who come into contact with their feces. The slugs and snails then roam and pass on the worm to the grass an alpaca eats. The worm enters the alpaca’s body and, about 90 days later, its brain. An alpaca often shows no symptoms of a meningeal worm until it’s too late, said Rapelye, who has lost one alpaca to the worm.

To fight the worm, Cape Newagen Alpaca Farm adopted new chickens, which Gobes referred to as their “bio-security parasite control.” The chickens eat slugs and snails that may be carrying the worm.

Visitors of Open Farm Day were sure to walk away with new knowledge of agriculture, even if that knowledge was simply the softness of alpaca wool.

“So many people don’t even know that the alpaca farm is here,” said visitor Victoria Roach, a summer resident of Southport. This was her, along with her daughter Kiley’s, first time at Cape Newagen Alpaca Farm and at any Open Farm Day event. “I love the idea,” she said.