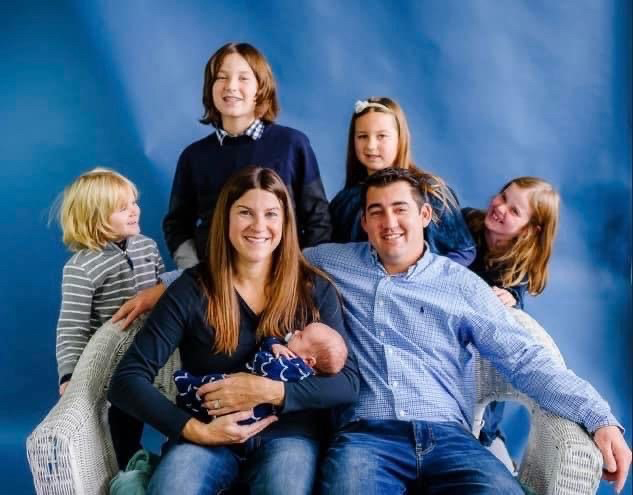 The Clark/Hunter family poses for a photo with newborn son Finnegan. The blended family had adopted two of their children when faced with difficulty having another child of their own. (Photo courtesy Alicia Hunter)

Alicia Hunter of Damariscotta wanted more children. She had a son and daughter from her first marriage, and when she remarried, she and husband Joseph Clark tried to have another child. But there were difficulties – and after experiencing pregnancy loss, they started to talk about adoption.

Hunter worked for the Maine Department of Health and Human Services for 15 years, five as a caseworker and the last 10 as a supervisor with the Office of Child and Family Services. 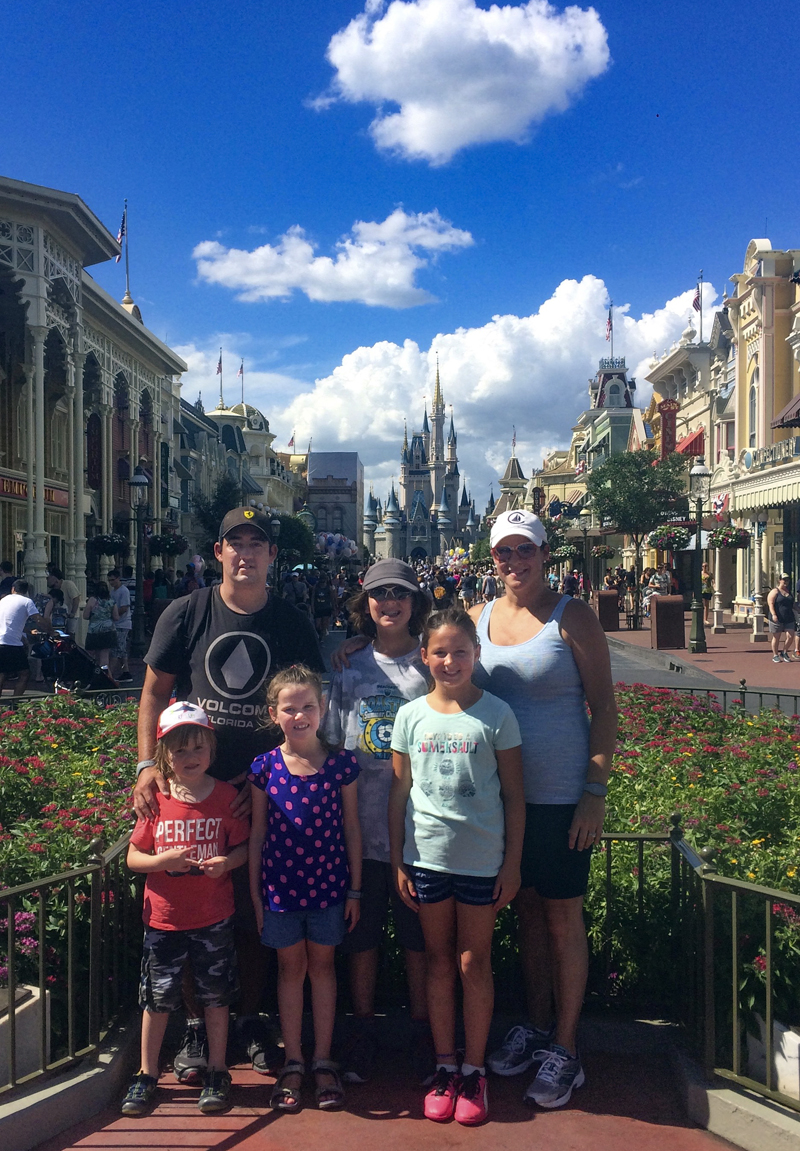 The Clark/Hunter family enjoys a Disney vacation. According to Alicia Hunter, going out to eat, attending birthday parties, and having a family vacation are experiences that many foster kids have never had. (Photo courtesy Alicia Hunter)

Her work caused her to be “very much embedded in that system,” and when there was a statewide search five years ago to find a home for a sibling group, a young brother and sister, she embraced the opportunity to grow her family.

Hunter knows she benefited from her on-the-job experience. She had more awareness than most of the need and more of a sense of what she was getting into.  But she has seen a lot of successes over her career in child welfare and she went into the adoption process knowing it could work.

Requirements to foster or adopt were more stringent due to Hunter’s status as an employee with the Department of Health and Human Services. There are employee-specific policies and procedures that govern who can be placed with an employee and under what circumstances.

Hunter and Clark could not begin the process of adoption until all avenues for family reunification had been exhausted. But once it was clear that the children would need a home, they began the licensing process to become adoptive parents for Charlotte and Christopher, now 10 and 12 respectively.

Reunification between parent and child is the preferred outcome for children in the foster care system, and according to Jackie Farwell, director of communications for the Maine Department of Health and Human Services, in the year ending Sept 30, 2021, 50% of Maine’s foster children achieved that goal and were reunified with their families.

For the remainder, foster parents can represent a lifeline. The need for foster parents is constant, especially for those who can take older kids or sibling groups.

“You don’t have to be a supermom or perfect,” Hunter said. “(Being a foster parent) is something any of us can do.”

According to A Family for ME, an organization focused on finding Maine families to foster kids in need, some of the most common myths around foster parenting are untrue.

Applicants are typically licensed as both foster and adoptive parents at the same time. DHHS wants kids to be in the home at least six months prior to the adoption to ensure that the living situation is a good fit for all parties. Training is provided for approved applicants on child development and the challenges kids in foster care have faced. 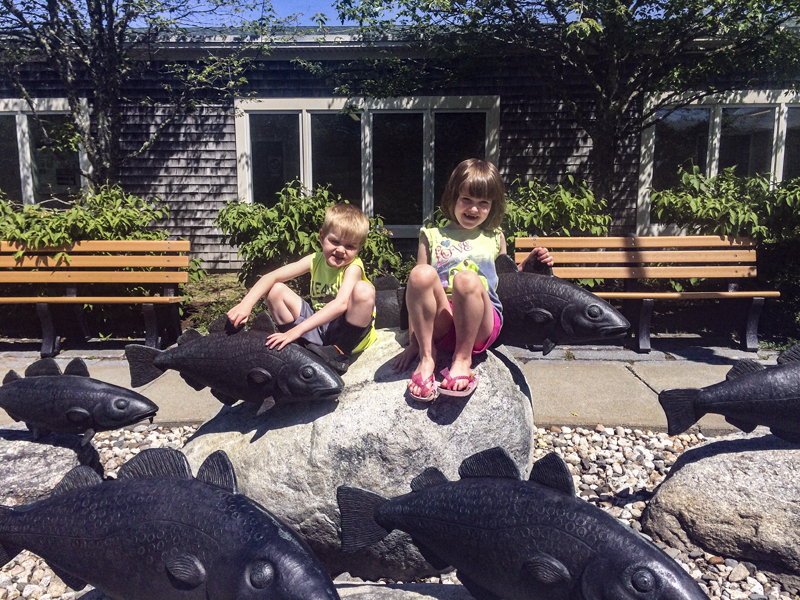 Hunter said her biological children were excited about the idea of having a younger sibling and were on board with the adoption from the start. Charlotte and Christopher settled in pretty quickly, they were young at the time, Hunter said. While they did not engage in testing behaviors, they presented unique and different challenges from the older children.

“There was an adjustment on our end,” Hunter said. She and Clark already had a set routine, a system in place with their existing kids.  But working together with “patience and perseverance” they found new routines as a family.

Not that they didn’t face their share of challenges. “Having a large family in general is a challenge,” she said. Every child has their own set of needs, and with a wide span of ages the logistics of scheduling all the kids’ activities required planning.

Additionally, some of the strategies Hunter used successfully with her older children didn’t necessarily work with her adopted children.

“You have to learn and adjust and adapt,” she said. Children who have been in foster care are often traumatized. And they are faced with an unfamiliar situation and new dynamics at play when they first arrive at a new home.

“We’ve been really lucky that all of our kids mesh well together,” Hunter said. And she appreciates how the addition of her adopted children has been a valuable learning experience for her older children. “It’s allowed them to see that it’s possible to really make a difference in the lives of other children.”

Another benefit Hunter sees for all her children, both biological and adoptive, is that there’s always somebody to play with, to help with homework, to help learn a new sport. They keep each other company.

“It’s a collective over time,” she said about what she most appreciates as an adoptive parent. “Little bits and pieces, just little things on any given day.” 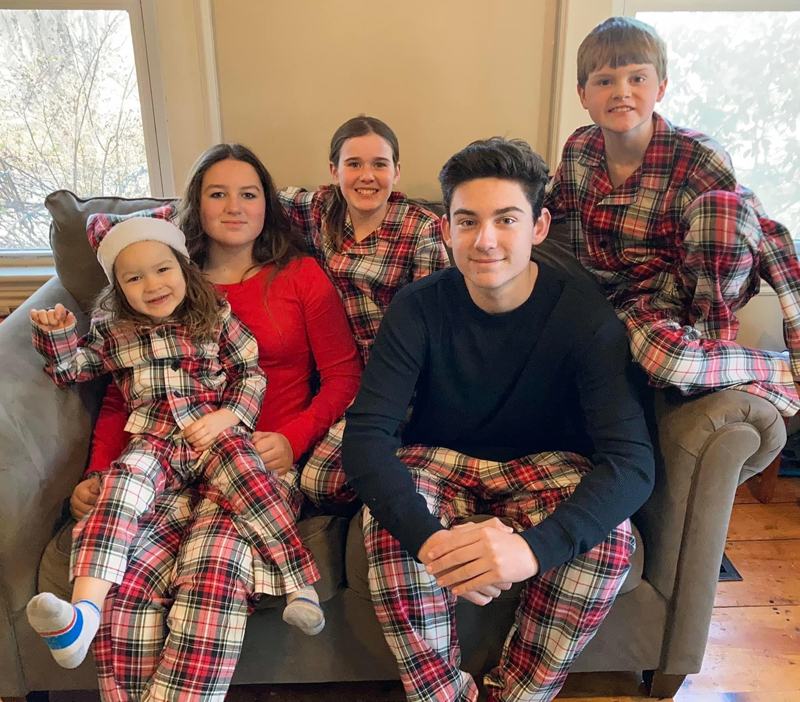 Most of all, the interactions between the kids, the kindness shown by her older children toward their younger siblings, how Christopher adores his older brother, the developing relationships.

It took 10 months after being approved as foster parents for the Clark/Hunter family to be able to welcome Charlotte and Christopher to their permanent home. And just before the adoption was completed, the couple discovered they were expecting a son, Finnegan, now four years old.

“Our family is full,” Hunter said.

According to statistics provided by the Maine Department of Health and Human Resources, 383 children were adopted from foster care in 2021. Of those, 34% were adopted by resource (foster) parents.

For children exiting foster care in 2021, the median length of time in care was 24 months.

The average age of children currently in state care is 6.7 years.

For additional information on how to become a resource or adoptive parent, visit maine.gov/dhhs/ocfs/support-for-families/fostering-adopting/how-to-become-a-foster-or-adoptive-parent.

(Clarification: an earlier version of this article online and on Page 1 of the May 5 print edition stated that “reunification between parent and child is the preferred outcome for children in the foster care system.” Jackie Farwell, director of communications for the Maine Department of Health and Human Services said in a May 3 email to The Lincoln County News “that it would be more accurate to say that DHHS works to support safe, stable, happy and healthy children and families.”)