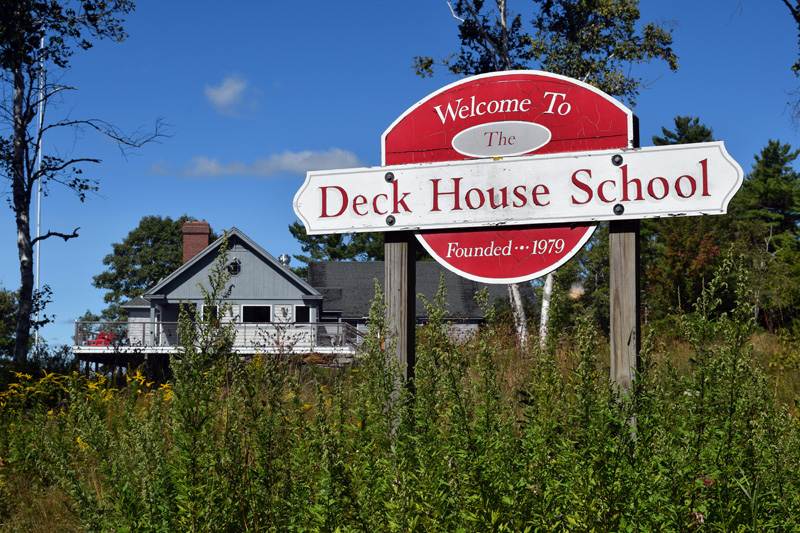 The new owners of the former Deck House School plan to keep the sign. The school’s Edgecomb property sold in August and will become a home. (Hailey Bryant photo)

For 40 years, the school housed teenage boys from around the world and provided education they couldn’t get elsewhere. Many Deck House students had difficult home lives or struggled to succeed in a standard school setting.

The Deck House School typically enrolled between six and 12 students per semester, ensuring no student could fade into the background. In addition to academics, students were responsible for cooking meals, maintaining the dirt road to the school, and groundskeeping. The experience was designed to build a sense of community responsibility.

The school was founded by Ned Hall in 1978. Hall was a Yale graduate and a longtime English and Latin teacher. He had served as headmaster at two prominent private schools, St. Mark’s in Southborough, Mass. and The Hill School in Pottstown, Pa.

Hall grew tired of having to expel students for things like marijuana or alcohol possession. He believed students who made behavioral mistakes could be helped, so he took that philosophy and his private school experience to the Deck House School.

Some students attended for as little as one semester and some attended for years — it depended on how much time an individual student needed to get back on the path toward higher education.

For Jerret Condon, who graduated from the Deck House School in 1991, his relationship with Hall was personal. 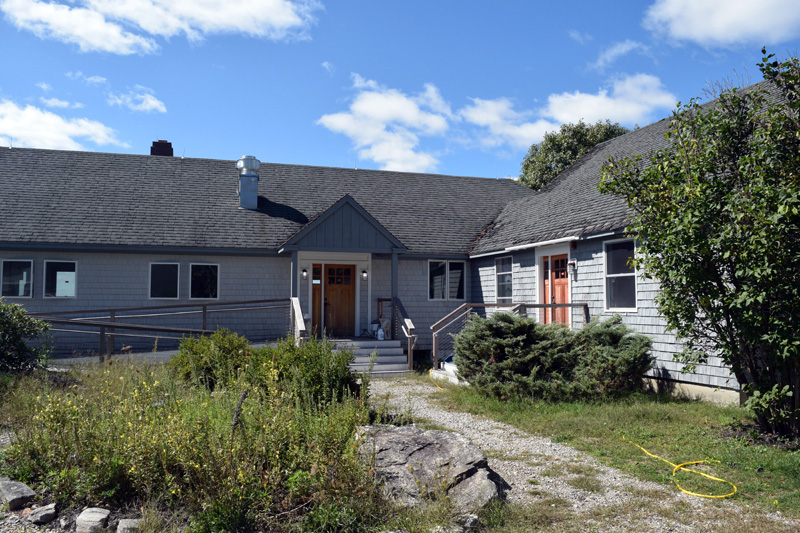 The main building on the campus of the former Deck House School, soon to become a private home. The school’s final class graduated in 2018. (Hailey Bryant photo)

“I was a kid who struggled. For different reasons, I just never thrived in an educational environment,” Condon said. Hall was the adoptive father of one of Condon’s friends.

“Over dinner one night, Ned asked me where I was going with my life, and he asked if I would come to the school. I kind of chuckled at him because it was a fairly expensive endeavor,” Condon said. “Back in the ’90s when I went there, tuition was the better part of $20,000 a year.”

According to Condon, Hall paid out of his own pocket for Condon to spend his senior year at the Deck House School, where he “turned his life around” and made lifelong friends.

The environment of the school was special. “It wasn’t disciplinary, it was very much community-building and team-building,” Condon said. “Students were held accountable to not only the staff, but each other.”

Students were also responsible for decision-making. If a new student wanted to attend the school, the current students voted on the admission. Maintaining the social environment of the school was important.

If disciplinary action needed to be taken against a student, the other students would hold a meeting and work together to make a decision.

“There was a tremendous amount of respect given to the students from the faculty,” Condon said.

Peter Richardson, class of 1981, was the sixth student to attend the Deck House School. Richardson said a key part of Hall’s mission was to address behavioral problems by boosting students’ self-esteem.

“I couldn’t hide from Ned, and eventually that taught me that I couldn’t hide from myself,” Richardson said. “Eventually, when you’re brushing your teeth and looking in the mirror, you had to account for who you were. Are you proud of how you handled yourself? It self-motivated you to iron out your issues, to look yourself in the eye and try to make yourself a better student and a better friend to the guys you live with.”

“That was our salvation. It’s what kept us out of jail or out of the graveyard,” Richardson said. 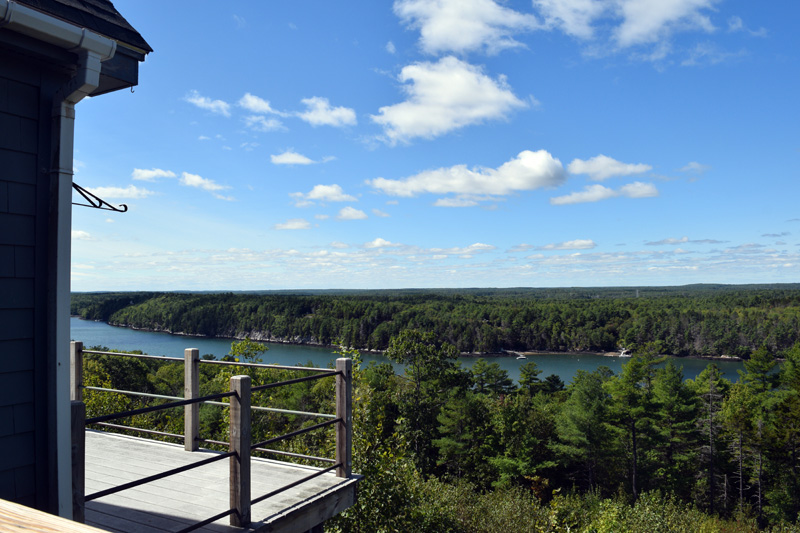 The view of the Sheepscot River from the deck of the former Deck House School in Edgecomb. (Hailey Bryant photo)

Richardson now has two teenage sons, and he tells them: “You’re going to jump out of the nest, but it’s up to you how hard you hit the ground.”

According to Richardson, president emeritus of the Deck House School Alumni Association, many students returned to the schools they had been expelled from after their experience at the Deck School, feeling like they were able to redeem themselves.

Over the last decade, the school had difficulty recruiting students, and faculty changes after Hall’s death in 1993 upset the school’s rhythm. The last class graduated in 2018.

Last summer, the school’s board of directors contacted Condon and asked him to live on the property and serve as caretaker until they found a way to “save the school.”

Condon said there was interest from organizations like the Maine Maritime Academy and the Chewonki Foundation in continuing the mission of the school, but those opportunities fell through once COVID-19 struck.

The school’s alumni association tried to raise money to save the school, but the cost was just too high for the association to manage.

The property has been purchased by Jodie and Jim Roquemore, who are moving to Edgecomb from Georgia.

Jodie Roquemore said they had been looking to leave Georgia for somewhere cooler and with less crime. They found the listing on Zillow. The couple, along with Jodie Roquemore’s brother and his family, will convert the school into a home. The Roquemores bought the property in August.

Jodie Roquemore said she will hang up the original Deck House School sign in the home.