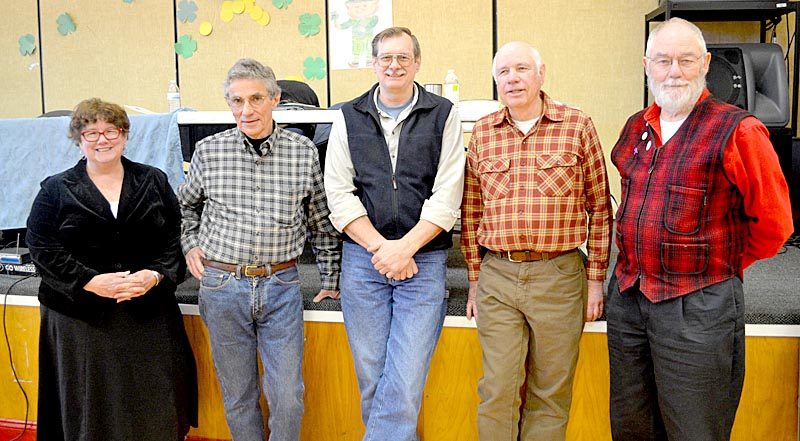 While aware that public acknowledgement would incur Merrill’s wrath, Aaron Miller, administrative assistant to the board of selectmen, spoke at the town meeting of Merrill’s decades of service to Whitefield.

“He’s going to hate me for doing this, but I’ve got nothing to lose, because after today he’s no longer my boss,” Miller said. Merrill was given a standing ovation with McKeen the first on her feet.

McKeen ended her second non-consecutive term on the Whitefield Board of Selectmen on March 18. McKeen did not seek re-election due to the demands of her job as a regional ombudsman with the Maine Long-Term Care Ombudsman Program, she said.

However, McKeen’s last term on the board was marked by the pride she felt to work with fellow Selectmen Merrill, Tony Marple, Lester Sheaffer, and Frank Ober, she said.

“I really enjoyed working with that board,” McKeen said. “I was proud of every single person on the board and I was proud to work with them.”

The experience of working as a selectman was “very satisfying,” McKeen said. “You really feel connected to the community when you’re on the select board.” To hear residents’ problems and to be able to respond to them in a meaningful way was “gratifying,” she said. 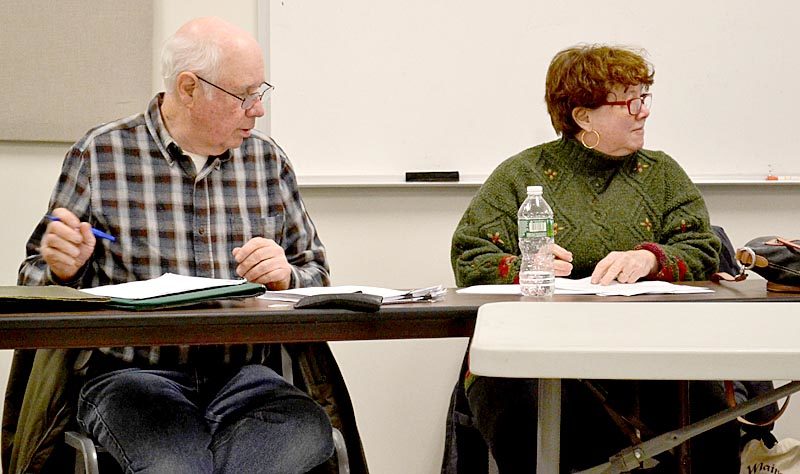 Dennis Merrill and Sue McKeen attend one of their last meetings of the Whitefield Board of Selectmen on Feb. 28. (Abigail Adams photo)

The town meeting also marked the end of Merrill’s second consecutive term as selectman. Merrill was elected to the board of selectmen just after it switched from a three-member to a five-member board, he said.

The change was a positive for the town, Merrill said. “There’s a lot of great benefits to five minds working together,” he said.

As selectman, Merrill has gone “above and beyond his duties to find creative ways to save tax dollars,” Miller said. Merrill led the charge to work with a variety of state and federal agencies to replace the Vigue Road culvert.

Merrill was also the impetus to re-evaluate Central Maine Power Co. utility lines, which resulted in a drop in the mil rate, Miller said. When the recycling center needed a new garage door, Merrill pulled one out of his barn and installed it, with Ober’s help, at no cost to taxpayers.

Merrill has even gone so far as to bury the remains of an indigent resident who could not afford a burial, Miller said.

Prior to serving as a selectman, Merrill spent decades working for the town on the planning board, budget committee, recycling committee, and in other capacities, Miller said.

“Dennis expects no praise for these achievements, but he should be recognized,” Miller said. “I’m sure I speak for all of us when I say thank you for the countless hours you have given this town. You will be sorely missed on the board of selectmen.”

Merrill said he opted not to seek re-election to take a break. He intends to stay involved in the community, but is not yet sure in what capacity. “I don’t know yet, but I’m sure trouble will find me,” Merrill said.

(Maia Zewert contributed to this article.)