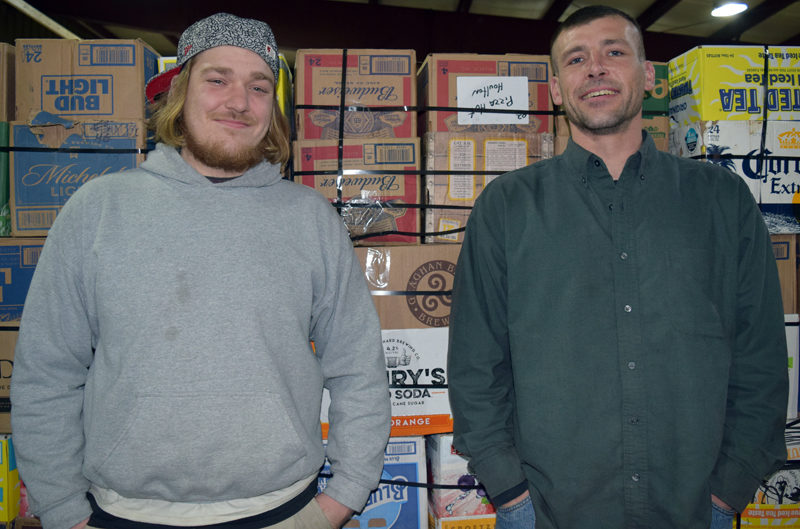 Dylan Herald (left) and Joshua Bonenfant are the new owners of Bonus Redemption, with locations in Damariscotta, Newcastle, and Waldoboro. (J.W. Oliver photo)

The owner of Bonus Redemption LLC, which operates redemption centers in Damariscotta, Newcastle, and Waldoboro, has sold the business to two of his senior employees.

Joshua Bonenfant, 37, of South Bristol, and Dylan Herald, 24, of Waldoboro, are the new owners of the company as of Monday, Jan. 23.

Bonenfant and Herald have seen four owners come and go since they started working at the redemption centers around 2010.

Last spring, the business was at a low point. The redemption centers were barely functioning and their licenses had expired when Bremen developer and philanthropist Daniel Goldenson purchased the business in June.

The three centers process 10 million containers a year, according to Goldenson, which makes the company one of the biggest of its kind in the state. Goldenson said he saw opportunities to improve and strengthen the business.

“I didn’t do it with a profit motive at all,” said Goldenson, who has been making a series of investments in Lincoln County properties as part of what he has called an “effort to enhance local economic activity.”

Besides the cost to buy the business, Goldenson has invested in improvements to all three redemption centers and the company’s trucks. 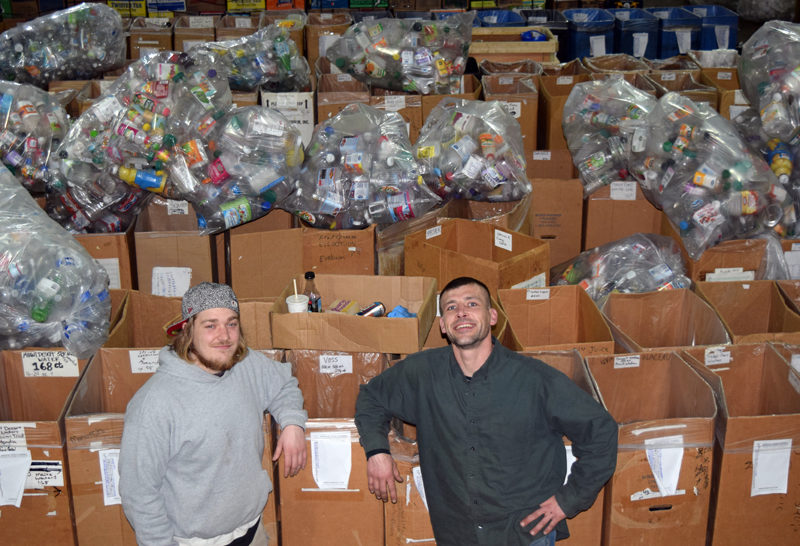 He paved the driveway of the Damariscotta location and installed a new heating system in the Newcastle location, among other upgrades. He also gave all the employees raises.

Except to make improvements and provide business advice, however, Goldenson has been an absentee owner. After six months, he was ready to pass the business onto someone else.

One important consideration was to ensure the new owners would retain the company’s nine employees and pay them the same wages.

After considering his options, he decided the best one was for the company’s senior managers – Bonenfant and Herald – to take over the business.

“They will benefit from their hard work and jobs will be saved that might otherwise have been lost,” Goldenson said. He said he “made it very feasible for them to take over.”

“Dan saved the redemption for the community,” Bonenfant said. “He wanted to do it for the community, not for himself, and now that it’s up and running, he wants to see us carry it on so it doesn’t keep changing hands.”

The new owners are excited to be working for themselves. They don’t plan any major changes. “We just want to keep it running and keep everybody happy,” Herald said. They will continue to make customer service their top priority, Bonenfant said.

Goldenson is working with the new owners to ensure a smooth transition, particularly on the accounting side of the business.

“We already know the business,” Bonenfant said. “We just don’t know the paperwork.”

Goldenson feels the company is in the right hands.

“It’s a challenging and low-margin business,” he said. “You have to work really hard. It’s really labor-intensive. They both are very hard workers.”

His former employees, meanwhile, are grateful for their last boss’s vote of confidence.

“Dan gave us the opportunity of a lifetime,” Bonenfant said.

Bonus Redemption accepts returnable bottles and cans from walk-in customers as well as local businesses and nonprofits. The company makes pickups for high-volume customers like campgrounds and restaurants.

The redemption centers are at 55 Chapman St. in Damariscotta, next to Hilltop Stop; 116 Mills Road in Newcastle, next to Lincoln County Publishing Co.; and 4 Bremen Road in Waldoboro, by Corner Variety and Pizzeria.

“Bring us your bottles and cans,” Herald said. “We’re ready to go.”