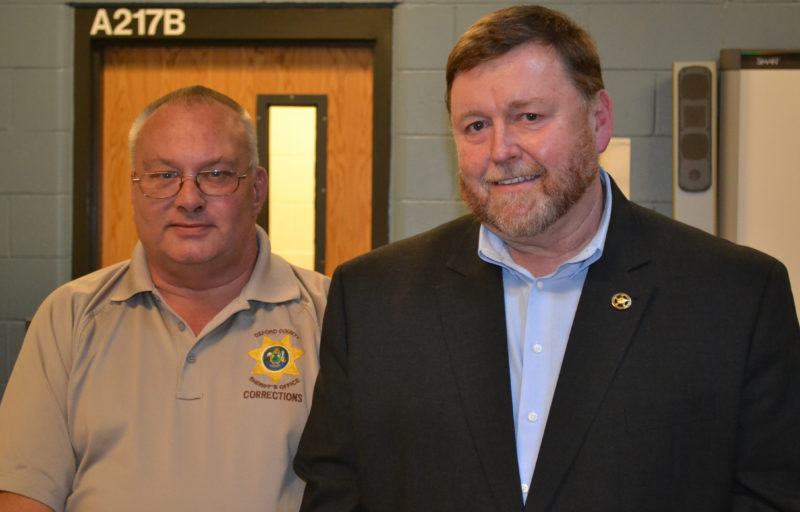 Oxford County’s jail system is on the brink of insolvency and a request from Cumberland County for a sharp increase in what Oxford pays to board its inmates there will push the jail system off the cliff, said Oxford County Administrator Scott Cole.

As a short-term solution, Oxford County is seeking a contract with the Lincoln and Sagadahoc Multicounty Jail Authority to board its inmates at Two Bridges Regional Jail in Wiscasset.

After that, the cost of boarding inmates at the Cumberland County Jail will balloon from its current cost of about $650,000 a year to $1.4 million, Oxford County Jail Administrator Edward Quinn said.

The agreement Oxford County is seeking with Two Bridges would be a short-term fix to problems created by the law that now governs the county corrections system. For Oxford County, the only long-term sustainable solution involves abolishing the property tax cap, Cole said.

Oxford County’s long-term solution for the county corrections system is in stark contrast to the solution members of the jail authority have lobbied for – reliable state funding. 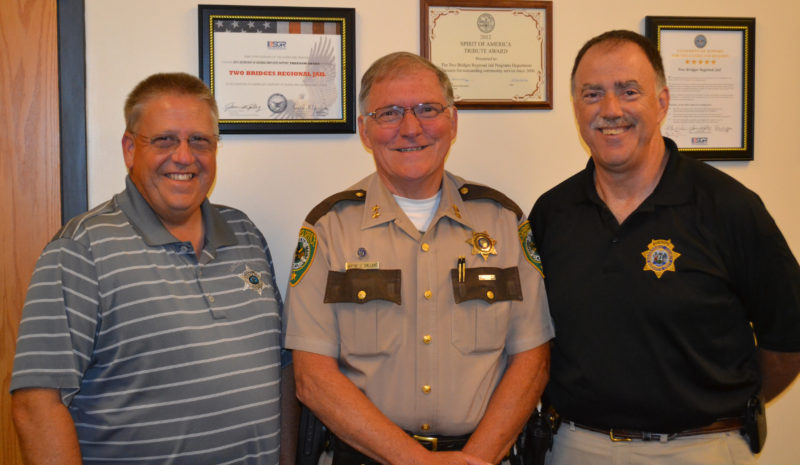 Members of the jail authority, which Oxford County is now negotiating with, lobbied against legislation proposed by Oxford County, which would have raised the property tax cap for Oxford County from the current $1.2 million to $2.02 million, Cole said. The legislation was narrowly defeated, he said.

Flagship jails could no longer house out-of-county inmates and state funding for the facilities dropped dramatically.

For Two Bridges, the law eliminated the ability to receive revenue for housing out-of-county inmates unless it enters into a contract with the county. The jail currently has a contract with Waldo County to house its inmates for $1.2 million a year, and is in ongoing negotiations with Knox County.

Two Bridges Regional Jail’s inmate population has been at a historic low since the board of corrections dissolved, and the jail has undergone dramatic budget cuts due to the loss of revenue from the state.

Payment to the board of corrections for boarding inmates at one of the state’s flagship jails was $189,000 a year under jail consolidation, Gallant said. Now, Oxford County is paying about $650,000 to house inmates in Cumberland County, a figure based on a $50-per-day boarding rate, Gallant said.

The total cost of running the 72-hour facility and boarding inmates with Cumberland County at the current rate is $1.5 million, a cost which exceeds the property tax cap, Gallant said. The use of reserve accounts created with revenue generated by Oxford County’s casino is the only thing keeping the county’s corrections system afloat, he said.

Cumberland County is asking for more than double the current rate to board Oxford County inmates, Gallant said. The new rate of $108 per day would equate to $1.4 million a year, Gallant said. “I can’t give what I don’t have,” he said. “We’re doomed for next year.”

Oxford County is working on regaining its license to transform the 72-hour holding facility back into a jail to house some of its inmates, Quinn said. Oxford County has an average of 39 inmates a month.

If negotiations with the jail authority break down and Oxford County is unable to board its inmates at Two Bridges, “we’ll have nowhere to go,” Quinn said. “I’m in trouble and I feel it every day. I’m in a place no one wants to be.”