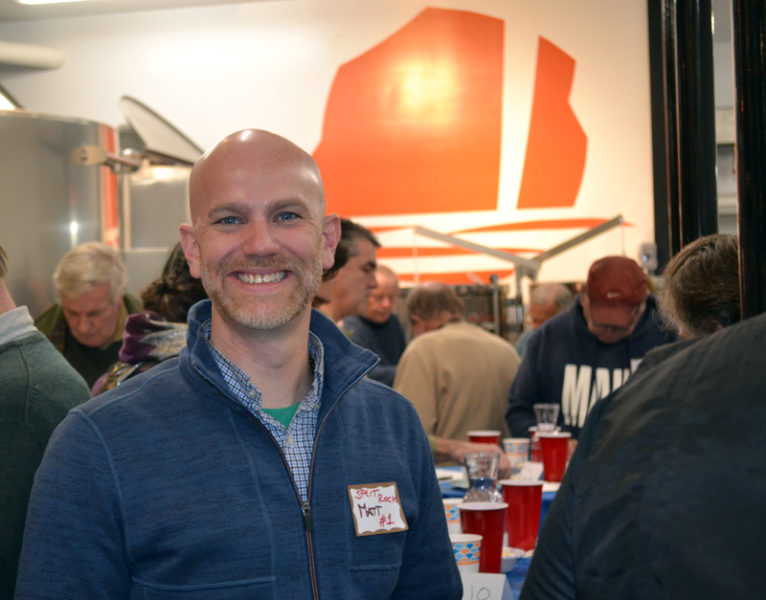 More than 30 people gathered at Split Rock Distilling in Newcastle on Friday, Jan. 6 to taste 12 oysters from Mook Sea Farms and carefully rank them based on flavor, texture, appearance, and other factors.

While he was tight-lipped about the research effort the data would be used to support, Mook Sea Farms President Bill Mook said the event was one of several the business hopes to hold to better understand the oyster consumer.

“Anything that’s influencing their tastes we want to know,” Mook said. “We want to know how discerning people are.” 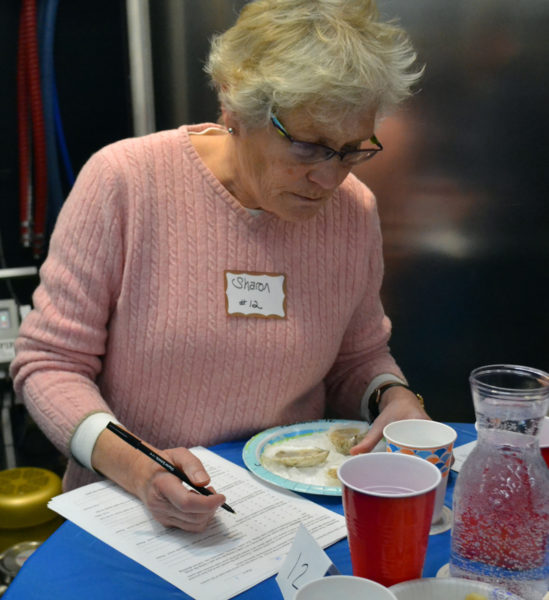 Participants Sharon and Leigh Morrill have had oysters from different geographic locations 39 times in the past year, they said. “It was an honor to have been selected,” Sharon said. “Hopefully I’ll have a fine enough palate to help.”

The “double blind” taste test was arranged so not even the oyster shuckers, all Mook Sea Farm employees, were aware of what batch the oysters came from, White said. There were no garnishes or sauces for the oysters.

Judging occurred in four rounds. Each round consisted of eating three oysters and ranking them in terms of texture, flavor, aroma, appearance, saltiness, or sweetness.

Participants were asked to cleanse their palate with an oyster cracker and water between each oyster.

White, who designed the taste test, joined Mook Sea Farms as its head of research and development in September. She holds a doctorate from the Massachusetts Institute of Technology and worked as a postdoctoral research scientist at the Bigelow Laboratory for Ocean Sciences in East Boothbay.

The data collected at the event will be transformed into a statistical analysis, White said, but she declined to speak of the larger effort the data would support. The event will be one of many, Mook said. The business plans to hold similar events in metropolitan areas throughout the U.S.

Split Rock Distilling was a great venue to launch the effort, Mook said.

There is a natural affinity between the distillery and Mook Sea Farms, said Split Rock Distilling co-owner Matt Page. 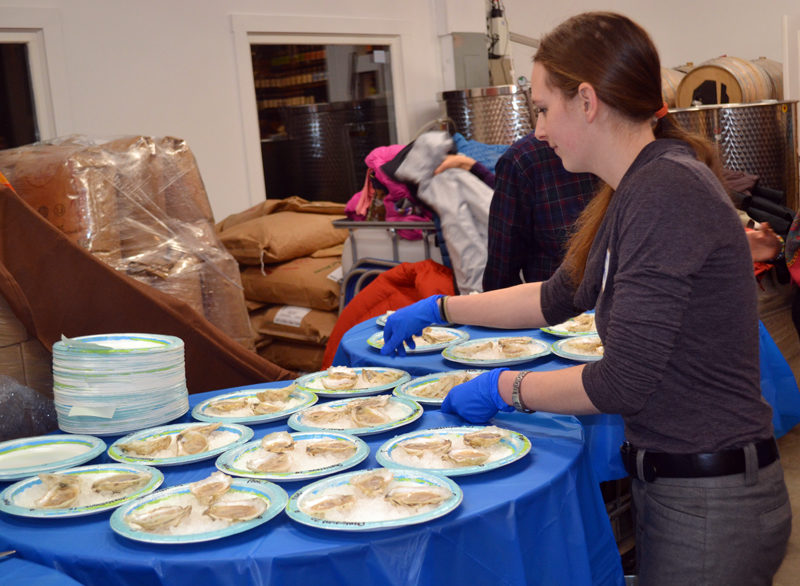 In October, Split Rock Distilling hosted a shucking event, something the distillery hopes to do more routinely in the future. Damariscotta River oysters inspired the distillery’s signature horseradish vodka, a perfect accompaniment to an oyster, Page said.

“This was a great opportunity for us to use our space to highlight what they do and what we do,” Page said.

After the taste test, the oyster bar and the distillery’s tasting room were open to participants, who were treated to the horseradish vodka-oyster combination.

Research aside, the taste test was “a great way to eat some free oysters,” Mook said.