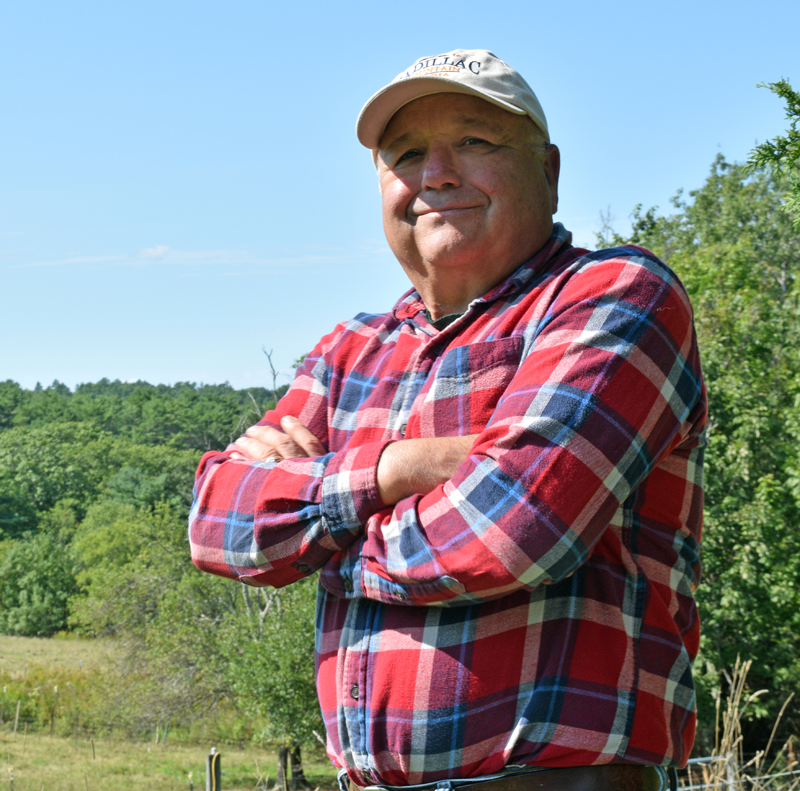 Newcastle farmer and forestry consultant Merle Parise is running for the Maine House of Representatives in District 46 to bolster the economy, combat inflation, and eliminate state income tax.

Parise identifies with former Gov. Paul LePage’s plan to eliminate state income tax by slowly lowering it using deductions over a period of years, he said. LePage is running for governor again against Gov. Janet Mills this fall.

“That would be the best thing we could do in the Legislature,” Parise said of eliminating the state income tax.

Parise is in favor of L.D. 290, a bill that implemented a property tax stabilization program for senior citizens this year.

L.D. 290 allows certain senior-citizen residents to stabilize, or freeze, property taxes on their homestead, according to the Maine Revenue Services website. The filing deadline is Dec. 1.

“If your taxes go down, they stay down,” Parise said about the bill.

Parise is against regressive taxation, like fuel taxes, and would also like to see them eliminated or at least lowered to decrease the burden of increasing fuel prices on Mainers. He would like to see heating oil bills frozen this year to defray rising costs.

“I would take the amount of money they were paying last year, and cut it off right there,” Parise said. “That’s what they pay. And the rest, the state reimburses the energy companies for that.”

Parise acknowledges that many people are struggling with inflation and high energy prices and he wants to help if elected.

“With inflation, you have worked for a month for nothing since last year at this time,” Parise said.

He believes the government should stop flooding the economy with cash.

“We have to stop dumping all this money out there,” Parise said. “That’s the root cause of inflation.”

In reference to what specifically he would like to see cut from the state’s budget, Parise said he would have to get into office and dive into it before making any decisions.

“I’d have to see it and take a realistic look at it. It might be an across-the-board reduction,” Parise said.

Parise mentioned the “civilian labor participation rate,” which is 58.6% for August 2022, according to the Maine Center for Workforce Research and Information. This is almost 3% less than in 2018. The participation rate describes the percent of the population in the workforce.

A main priority for Parise is getting everyone back to work and to get the economy “up on its feet.”

He would like to see the state encourage more vocational education, especially in House District 46 and Lincoln County.

A large piece of accommodating a workforce is affordable housing. Parise said he would like to see more of a private investment than a state investment in working toward solutions.

“We need to let the market drive that situation a little bit,” Parise said.

He said encouraging towns to have more “cluster housing,” or single-family dwelling units, with centralized septic and water to reduce the costs of development could help close the gap in housing.

Parise is also concerned with encouraging different methods of agriculture, like using more irrigation, no-till farming, and cover cropping. He said the Legislature should push The University of Maine Cooperative Extension to expand these types of programs. The Legislature can also look at areas to set up permanent farmers markets and strengthen local food economies, he said.

“The average distance this food travels to our shelf is around 1,300 miles,” Parise said.

The forestry consultant said he recognizes climate change is happening but explained that the models predict that Maine will not warm as much as the rest of the world and rainfall shouldn’t change much.

“We will survive, one way or another, but it’s going to be difficult for us,” Parise said. “We need to plan ahead a little bit more.”

Parise does not think increasing the use of solar panels and offshore wind power is realistic for meeting the state’s goal of transitioning to all renewable energy by 2050. He believes the solar panels are made with toxic chemicals and that wind turbines are “inefficient.”

“Most of these solar panels come from China, and they’re made from coal production,” Parise said. “I look at that as part of the cradle-to-grave system.”

Parise said the state recently invested $19 million in federal funds to put in electric vehicle charging stations across the state. He would rather that money go into developing mass transit, like passenger rail service.

“It would create jobs right off the bat and then it’ll help alleviate the problem with labor that we’re having. We would be able to bring people in who can’t afford to drive back and forth,” Parise said.

Parise has built a career managing natural resources, starting with his schooling in the University of Maine system. He has degrees in environmental science and policy and a degree in forest management. He also has a master’s in climate and society from Columbia University.

He has owned and operated his forestry consulting business, MJP Forestry, since around 1984.

Parise has owned and operated a farm in Newcastle since 1983 with his wife, Dr. Christine Welch, a veterinarian who owns the Damariscotta Veterinary Clinic.

“It’s important that we look at these issues and find solutions that work, using the precautionary principle, and help our state out,” Parise said. “I love this state, this is my state. It’s got the best water in the world.”

For more information, go to mjptree.com.