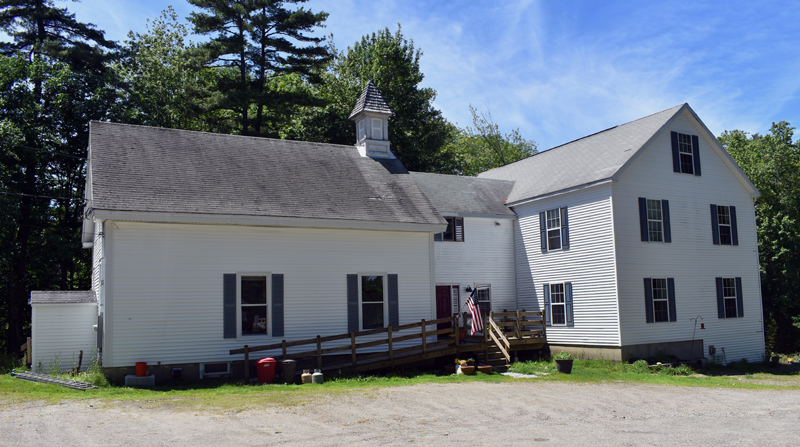 Confusion about parking regulations – the subject of much discussion during the Nobleboro Planning Board’s first meeting about a proposed bakery – will not hold up the business, the board says.

The board held its second meeting on Karen and John Kelly’s proposal to open a bakery at 16 East Pond Road on Thursday, July 18. The property also has frontage on Route 1.

The board did not make a final decision on the application, which it will revisit Aug. 8.

Board members said they need an approval from the town’s code enforcement officer and a letter from the Maine Department of Transportation before they can vote to approve the application.

Parking in the area of Route 1 is a confusing portion of the town’s land use ordinance and comprehensive plan, according to planning board Chair Steve Plumb.

A business must have 400 feet of frontage on the highway in order to have a parking lot within 1,000 feet of it, according to Plumb.

However, other Route 1 businesses in town do not have such frontage, and the bakery property includes more than enough frontage on East Pond Road, from which cars will enter.

“My conclusion is, if you want a Route 1 entrance, you need 400 feet of frontage. If not, the entrance can be on a side road, if there is enough frontage. The commercial use needs to be 200 feet back and the building meets that,” Plumb said.

Plumb said parking needs to be 250 feet from the center of Route 1, but the issue of Route 1 frontage should not delay approval.

“I propose my interpretation with the idea that down the road we ought to come up with clear wording,” Plumb said.

“Route 1 locations are encouraged, though home-occupation businesses are viewed as acceptable throughout the town,” Pinkham said.

Pinkham said a goal of the comprehensive plan is to maintain the character of the town’s portion of Route 1.

“The idea was to protect the corridor from becoming a strip mall. It’s an integral part of the visual aspect of our town. We wanted to prevent sprawl,” Pinkham said.

During the meeting, Plumb read an anonymous letter from an opponent of the proposal.

The letter was only signed with a first name and had no return address, although Plumb believes it is from the owner of a nearby business on Route 1.

The letter cited traffic concerns and the dangerous nature of the intersection of Route 1 and East Pond Road as the basis for opposition.

Plumb said the board would take the objections into account, but the DOT has not identified the intersection as a high-accident site.

“I checked East Pond Road and it was not mentioned in the department’s 2015 study,” Plumb said.

“The letter alludes to a number of things but does not provide evidence,” Plumb said.

Regarding DOT approval for the business’s driveway off East Pond Road, Karen Kelly said the business has received verbal approval from the department but is still waiting for a letter.

According to John Kelly, the department had only recently been to the property to look at the proposed entrance.

Plumb said a letter from DOT would be important to bring to the August meeting.

Karen Kelly said she had submitted a permit from the Maine State Fire Marshal’s Office to the planning board and Nobleboro Fire Chief Ryan Gallagher plans to visit the site.

Plumb also said attempts to notify abutters meet town requirements, even though one abutter did not respond to multiple notifications.