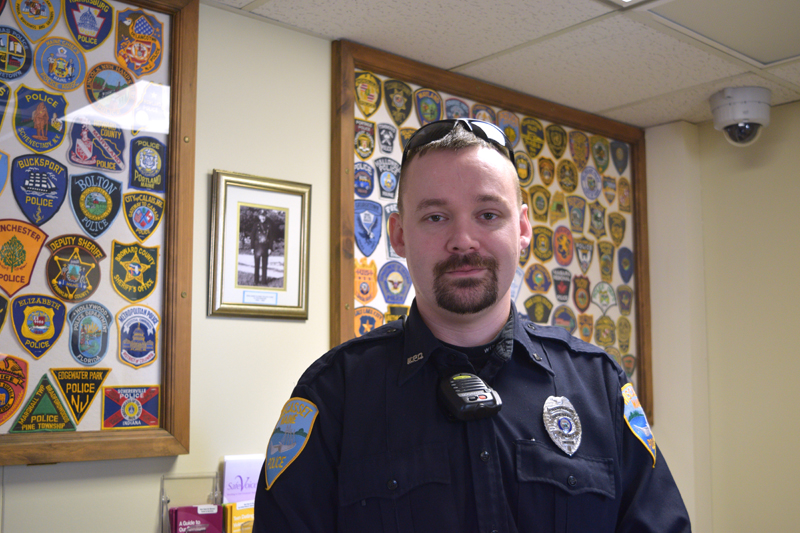 From one full-time officer in August, the Wiscasset Police Department has completed a rebuild of its roster with the hire of a new patrol officer.

Jonathan Barnes, 32, of Augusta, started work Nov. 6. A veteran of the Iraq War and a former corrections officer, he was sworn in during the Wiscasset Board of Selectmen’s meeting that night.

Barnes will work night shifts. He is in training now, and there is not a set date for when he will move to the night shift, Administrative Assistant Nicole Viele said.

Barnes is originally from Windsor. In 2004, after graduating from high school, he joined the Maine Army National Guard. He was stationed in Louisiana for Hurricane Katrina relief in 2005. The next year, he deployed to Iraq as a convoy security officer.

For five years, he worked as a corrections officer at Kennebec County Jail. He has been working in quality control for Huhtamaki Inc., a Finnish packaging company in Waterville, for five years. He will continue to work there part-time until he trains his replacement.

Barnes first sought a position with Wiscasset as a reserve officer, but decided to apply for the full-time position after he met Police Chief Larry Hesseltine.

He wanted to work at the department “because of the chief’s outlook on community policing,” he said. “We have very similar views.”

He completed pre-service training for law enforcement about two months ago.

In either January or August 2019, Barnes will attend the 18-week Basic Law Enforcement Training Program at the Maine Criminal Justice Academy.

Barnes is married to Angela Barnes. They have two children.

Though he lives in Augusta, Barnes plans to participate in community events in Wiscasset, such as the fundraiser Hesseltine leads for Special Olympics Maine, Torch Ride.

He finished training as an emergency medical technician in May. In the future, he might work with the Wiscasset Ambulance Service. He said he is considering relocating to Wiscasset for its quality schools and churches.

Barnes said he wants to counteract the negativity people feel about interactions with police and to “humanize the badge as much as possible.”

“(We are) building our own culture here,” he said.