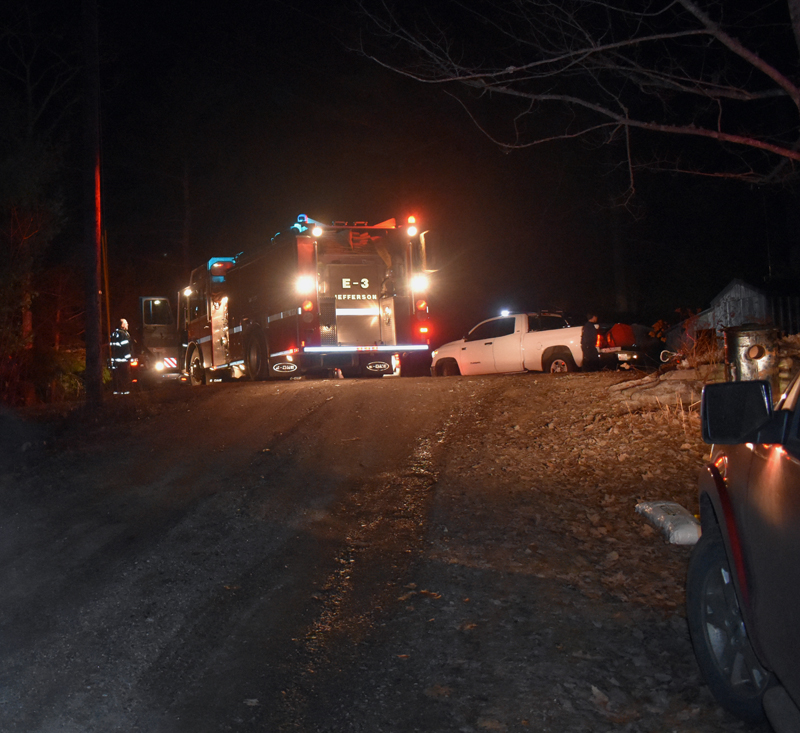 Firefighters respond to a call in Jefferson on Monday, April 1. (Alexander Violo photo)

A quick response from two firefighters prevented flames from spreading throughout a two-story home in Jefferson on Monday, April 1.

The fire started in the area of a wood-pellet stove in the corner of a living room, according to Jefferson Fire Chief Walter Morris.

Capt. Chris Rigaud, of the Jefferson Fire Department, was first on scene, and flames were visible from the back of the house when he arrived, according to Morris. Rigaud, assisted by Deputy Fire Chief Darin Walker and Morris, used fire extinguishers to contain the fire.

“We each carry fire extinguishers and were able to knock the fire down,” Morris said.

Morris said the exhaust vent from the pellet stove appears to have been installed too close to the side of the building, leading to the fire.

He said the family was home at the time of the fire, and an occupant of the house was transported to LincolnHealth’s Miles Campus for smoke inhalation. 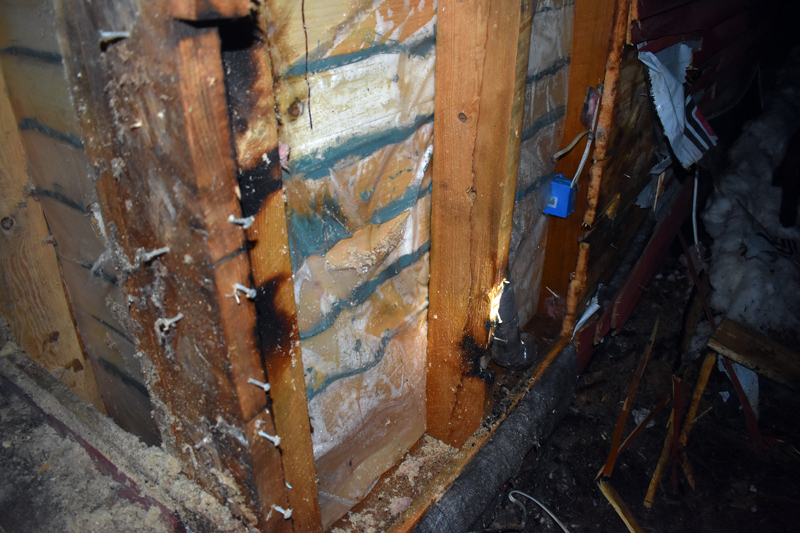 Damage from a fire at 41 Hilltop Drive in Jefferson the evening of Monday, April 1. (Alexander Violo photo)

“Paramedics evaluated them on scene and decided to transport them,” Morris said.

The fire was at 41 Hilltop Drive, formerly 45 Hinks Road, according to Morris. Damage was mostly limited to the exterior of the home, with smoke inside cleared out by fans.

According to Morris, firefighters checked the interior for carbon monoxide and heat sources before clearing the scene.

The Alna, Newcastle, Somerville, and Whitefield fire departments were also dispatched, but were released once the fire was contained and extinguished.