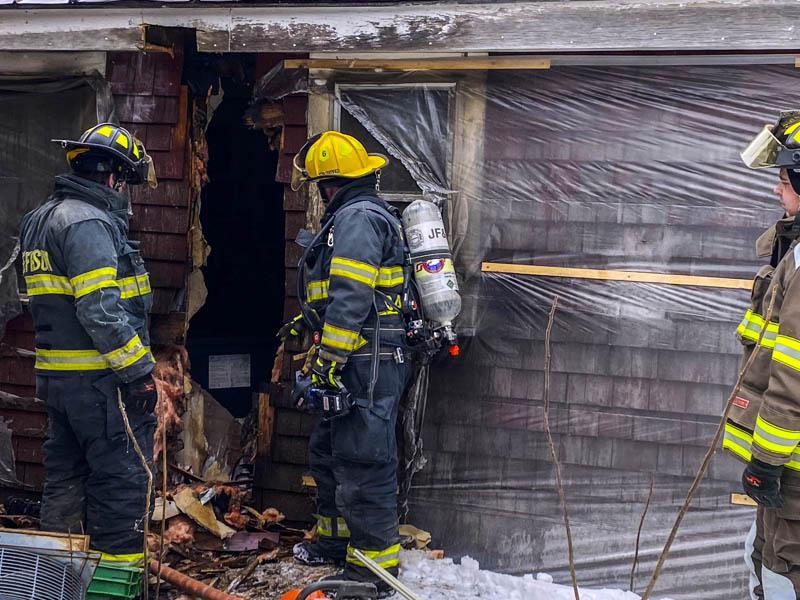 A swift response by a homeowner and firefighters limited damage from a fire at 425 East Pond Road in Nobleboro the morning of Sunday, Feb. 7.

Two adults and two children were in the home when the fire started, according to Lt. Aaron Bradbury, public information officer for the Nobleboro Fire Department. The family used a 5-pound fire extinguisher on the flames and thought the fire extinguished, but firefighters saw smoke coming from the eaves at the back of the house.

Firefighters used saws to cut a strip out of the wall in order to access the fire and prevent it from spreading throughout the building, Bradbury said. There were no injuries and damage was contained to one wall of the house, described as an older farmhouse with several additions.

Bradbury attributed the fire to the improper installation of a pellet stove.

Lincoln County Communications dispatched the Nobleboro Fire Department at 8:56 a.m. and the first crew arrived on scene at 9:08 a.m. The fire was controlled by 9:30 a.m.

The Bremen and Jefferson fire departments, the Central Lincoln County Ambulance Service, and the Lincoln County Sheriff’s Office assisted at the scene. The sheriff’s office provided traffic control, keeping one lane of East Pond Road open. The scene was cleared at 10:35 a.m.