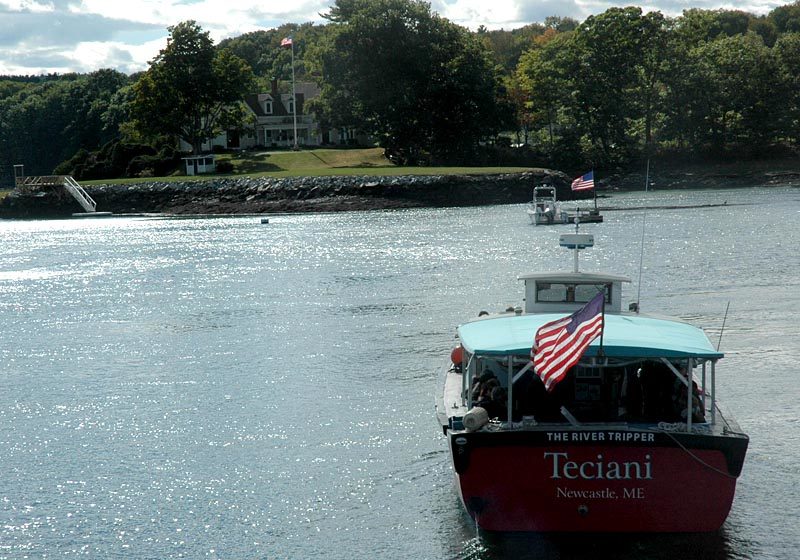 The 16th annual event, running from noon to dusk, was held at Schooner Landing, with proceeds benefiting the Edward A. Myers Marine Conservation Fund.

According to Chris Davis, of Pemaquid Oyster Co., the festival has raised approximately $125,000 over the years. 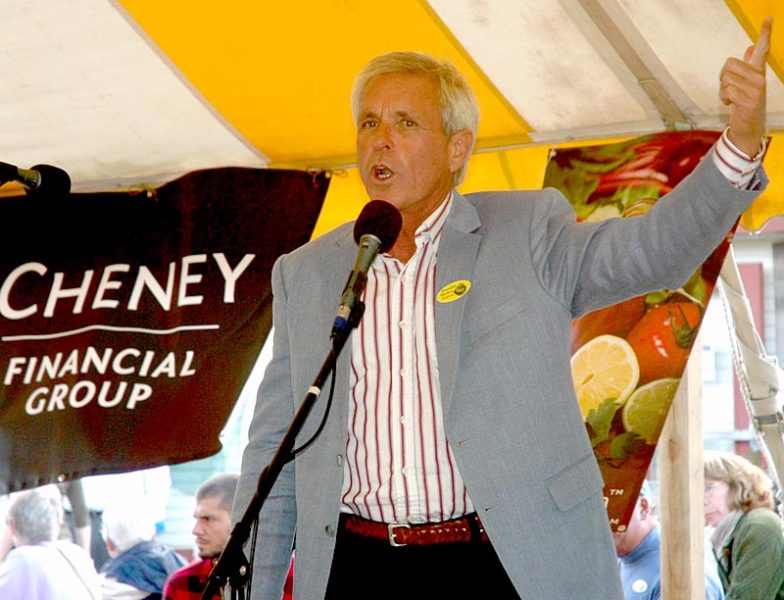 The conservation fund is named for the late aquaculture pioneer and Walpole resident Ed Myers.

Ed Myers’ son, Tom Myers, announced this year’s grant awards and, prior to the presentation, spoke of his mother, Julia Myers, who passed away Thursday, Sept. 22, a few days prior to this year’s festival, at the age of 98.

A number of volunteers assisted with various aspects of the festival, from shucking oysters to manning the entryway, ensuring a smooth event.

Though oysters on the half shell were by far the most popular way to enjoy the mollusks at the festival, revelers could also opt for oyster stew, fried oysters, or baked oysters Rockefeller. 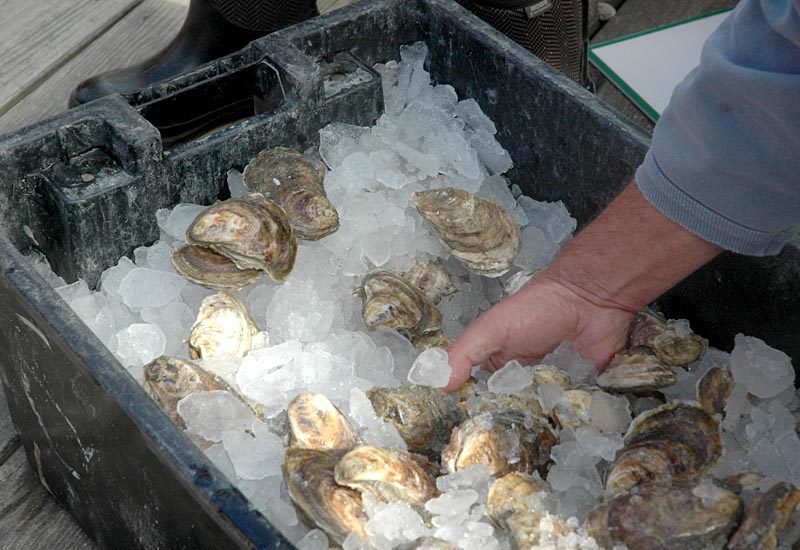 A total of 15,700 oysters were shucked at the Pemaquid Oyster Festival in Damariscotta on Sunday, Sept. 25. (Alexander Violo photo)

In total, 15,700 oysters were shucked at this year’s festival, according to festival organizer Greg Latimer.

Live music provided a backdrop for the festival with a number of bands drawing festival goers to the dance floor throughout the afternoon.

Trips to aquaculture facilities on the Damariscotta River aboard The River Tripper were offered, in addition to a number of informational exhibits for those looking to learn more about the local working waterfront.

In the final round of the championship, Buxton, who originally hails from Milford, edged Ralph Smith, of Mine Oyster in Boothbay Harbor. 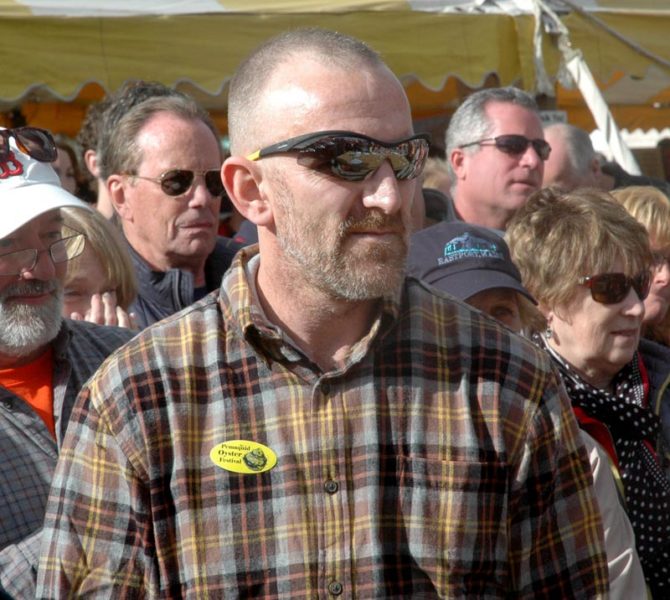 Both contestants finished shucking their oysters in the same time, but Buxton’s point total from his presentation of the oysters ensured his title defense at this year’s oyster festival.

The winner of the national competition goes on to compete at the international level in Galway, Ireland.

Buxton, who prefers to shuck oysters without protective gloves, said he doesn’t have a particular trick to opening the mollusks in rapid succession, but repeating the exercise has helped him improve his speed over the years.

“It just takes a lot of practice,” Buxton said.

The Pemaquid Oyster Co. and Schooner Landing have hosted the festival since its debut in 2001.