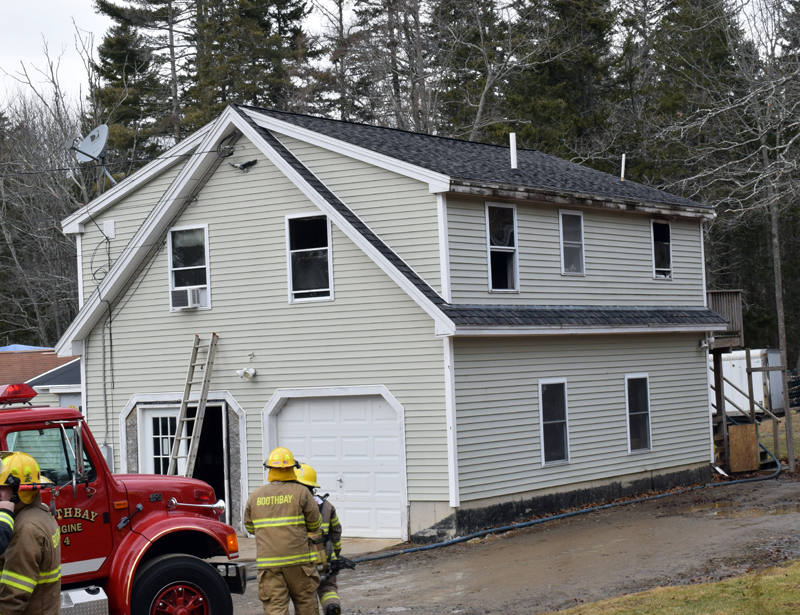 Firefighters clean up after a kitchen fire at 21 West Side Road on Barter’s Island, Boothbay, Thursday, Dec. 31. Firefighters knocked down the second-floor blaze within about 15 minutes, Chief Dick Spofford said. (Evan Houk photo)

Firefighters quickly knocked down a kitchen fire at 21 West Side Road on Barter’s Island, Boothbay, the afternoon of Thursday, Dec. 31. The occupants of the home exited safely, but a dog and a cat died of smoke inhalation.

Boothbay Fire Chief Dick Spofford said firefighters tried to revive the animals, but were unable to do so.

Spofford said the people in the house smelled plastic burning from the downstairs and realized a fire had ignited in a second-floor kitchen. No one was cooking and the cause has not been determined. 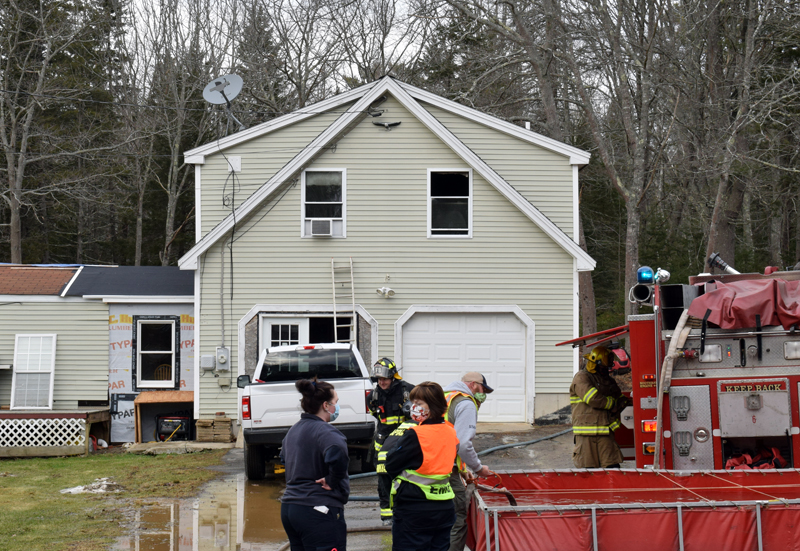 First responders work at the scene of a house fire at 21 West Side Road on Barter’s Island, Boothbay, Thursday, Dec. 31. A dog and a cat perished from smoke inhalation, according to Boothbay Fire Chief Dick Spofford. (Evan Houk photo)

Spofford said by phone on Tuesday, Jan. 5 that the Maine State Fire Marshal’s Office has not yet investigated.

He said firefighters attempted to save the pets, but were unable to do so because there was so much smoke.

Spofford said firefighters mounted an interior attack and knocked the fire down within about 15 minutes. He said most of the damage is smoke damage and is contained to the upstairs kitchen. “We got a good hit on it,” he said.

Stanley and Laurie Barter own the home, Spofford said.

Lincoln County Communications dispatched the Boothbay, Boothbay Harbor, Edgecomb, and Southport fire departments shortly after 1 p.m. The scene was clear by about 2:30 p.m.