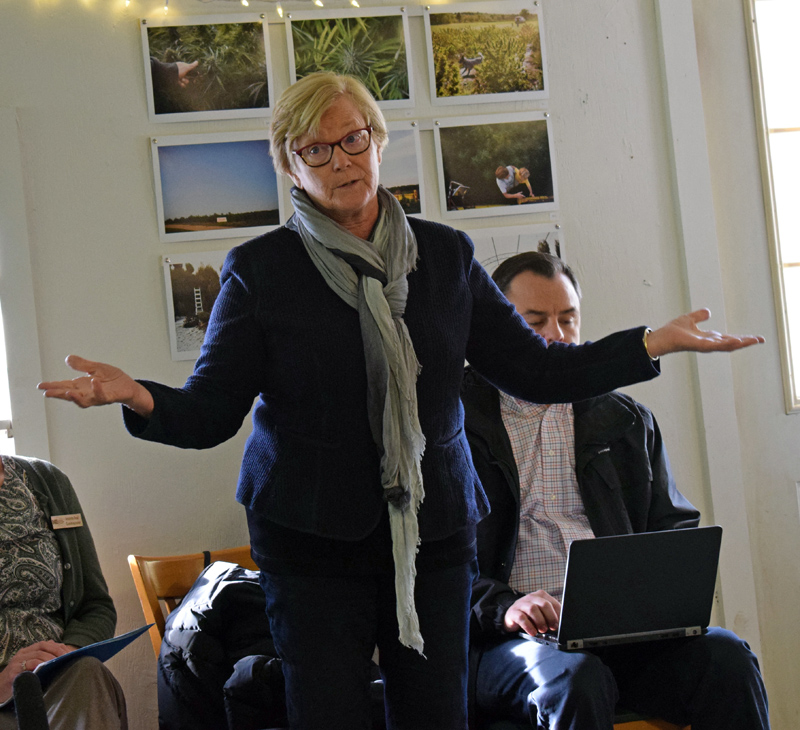 Earlier this year, Sheepscot General became the first farm in Maine to offer pick-your-own hemp. In October, owners Ben and Taryn Marcus had to scramble to find a new bank and insurance provider due to the lack of clarity in federal banking regulations regarding hemp.

Multiple Maine hemp farms, the USDA, credit unions, insurance companies, state regulators, and other interests were represented at the discussion.

At the end of October, the USDA announced the creation of the U.S. Domestic Hemp Production Program and the interim rules governing it, saying the rules are required under the 2018 U.S. Farm Bill, which legalized hemp at the federal level.

The 2014 U.S. Farm Bill had enabled states like Maine to begin pilot programs for hemp agriculture, but left all regulation and enforcement to the states.

The new federal program will create a nationwide regulatory framework that intends to make hemp farmers eligible for federal farm loans and crop insurance. States or tribes have the option of continuing to govern hemp agriculture under their own rules, which they must submit to the USDA for approval.

The purpose of the roundtable was to solicit feedback from Mainers who have a vested interest in hemp cultivation before the public-comment period for the rules ends Dec. 30.

Pingree kicked off the meeting by explaining the purpose of the roundtable and her support for hemp cultivation. She is an organic farmer herself and one of the originators of the Maine Organic Farmers and Gardeners Association.

“We want to make sure we work through all these issues, that there are no more federal prohibitions, no more gray areas, and we can move forward and proceed,” Pingree said. “And then we can just be all about helping to support these businesses and support the infrastructure so we can continue to grow.”

The federal rules will not apply to Maine hemp growers for next year’s growing season, according to Gary Fish, state horticulturist for the Maine Department of Agriculture, Conservation and Forestry. 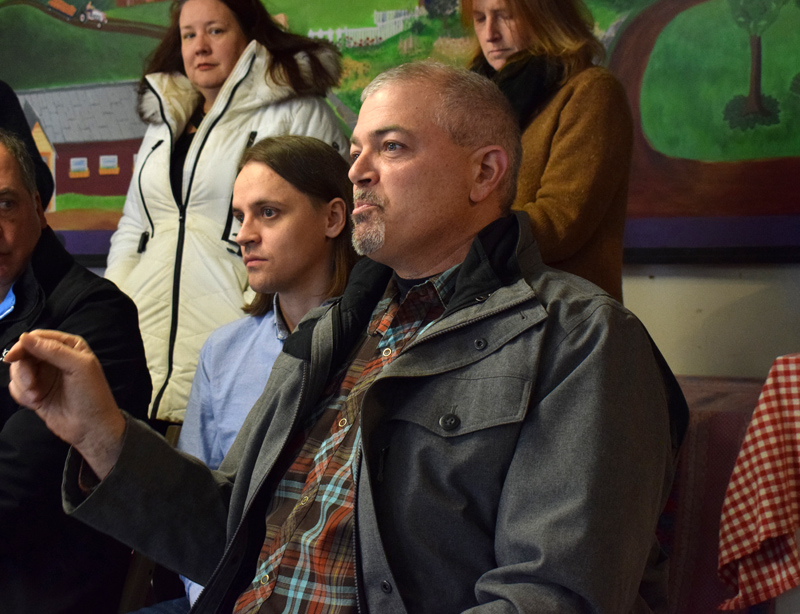 Fish said the hemp industry will continue to be governed by Maine’s rules, at least until after next year’s growing season. New proposed rules were set to be released Wednesday, Dec. 18 and open to public comment until Jan. 20.

The Maine department will hold a public hearing on the proposed rules at the Deering Building in Augusta from 1-4 p.m., Tuesday, Jan. 7.

Fish said the rules will likely be finalized by February. The Maine Department of Agriculture, Conservation and Forestry would then submit an application in the summer for federal approval of its state hemp program for 2021 and beyond.

The confusion and the reluctance of banks and insurance companies to serve the hemp industry stem from the federal ban on hemp’s cannabis cousin, psychoactive marijuana.

Hemp is similar to psychoactive marijuana in appearance and odor. Hemp and marijuana are different varieties of the cannabis plant. Marijuana is illegal at the federal level, but legal in Maine.

The federal and state governments define hemp as a cannabis sativa plant with a concentration of less than 0.3% delta-9-tetrahydrocannabinol, or THC, the psychoactive component in marijuana that makes the user feel high.

This percentage comes from the definition of “marihuana” under the Controlled Substances Act, federal legislation passed in 1970 that made the cannabis plant a schedule I drug, meaning it has a high potential for abuse and no recognized medicinal value. 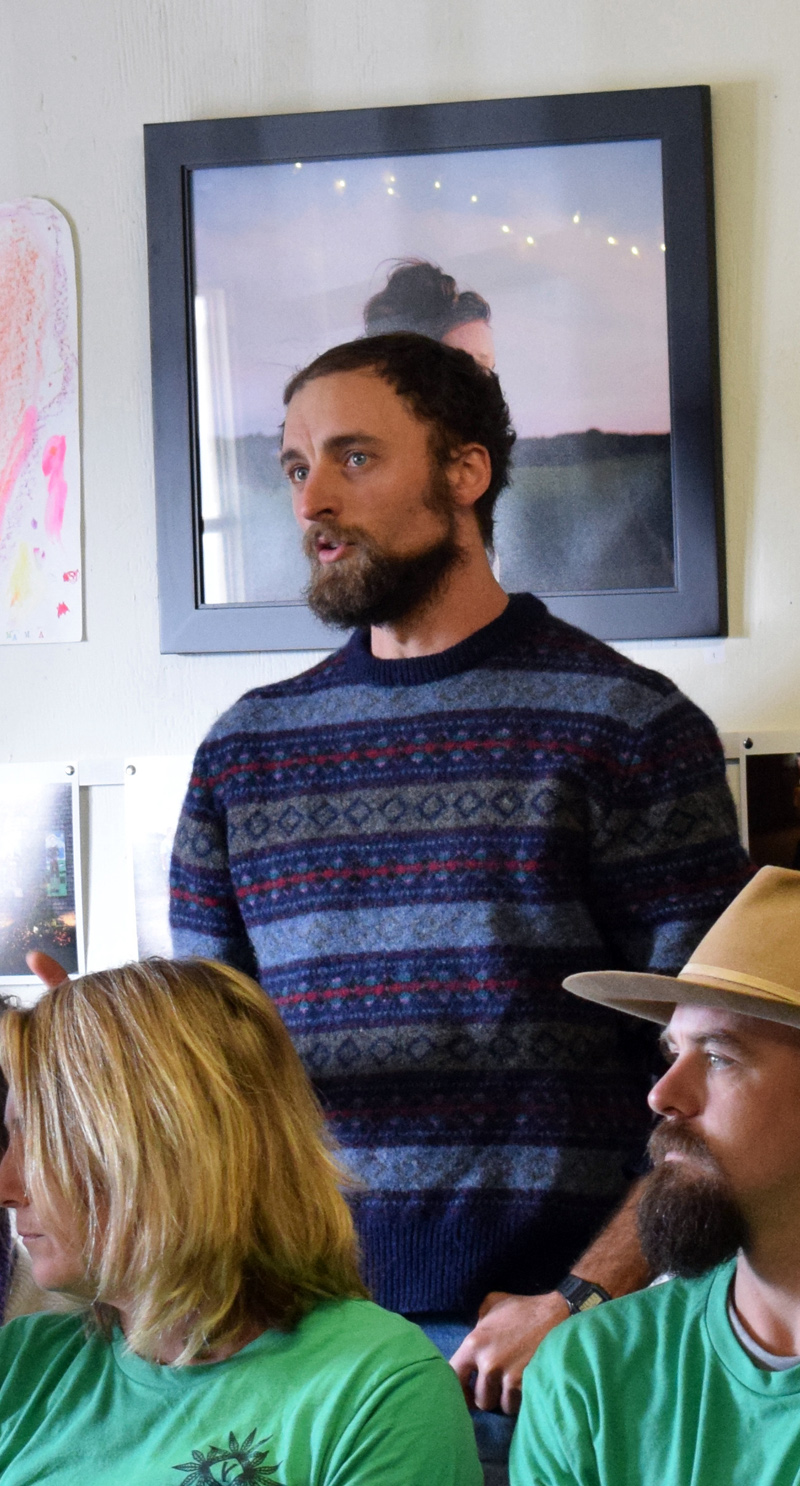 The issue of how hemp is defined was a major concern brought up during the roundtable.

Several people voiced concern that this percentage of THC is too low and is an arbitrary designation not based on science.

Joe Saltalamachia, of Top Flower Farms in Unity, expressed concern about the change under the interim rules of a limit of 0.3% total delta-9-tetrahydrocannabinol to 0.3% total THC, which includes tetrahydrocannabinolic acid, or THCA, whose psychoactive properties are not active unless heated or smoked in a process known as decarboxylation.

“It’s apples and oranges. Delta-9 is different from a total. … If you do switch to total, just letting you know, all the flower I was selling becomes illegal. And potentially, under these rules, I could go to prison,” Saltalamachia said.

Bill Richmond, chief of the U.S. Domestic Hemp Production Program, assured Saltalamachia that no well-meaning hemp farmers who are trying to follow the rules will go to prison.

Most hemp farmers in Maine grow the crop to sell to manufacturers for the extraction of cannabidiol, or CBD, a non-psychoactive chemical valued for its therapeutic properties.

According to the farmers, under the new calculation of total THC, there would be few seeds available of strains that would comply and these strains would be relatively low in CBD content, and thus less desirable to manufacturers.

Fish, the state horticulturist, said that under the new calculation of total THC, 27% of hemp growers in Maine would have been out of compliance this past growing season.

Brad Feuer, representing Healer and Integr8 Health, which serves over 8,000 medical cannabis patients in Maine, suggested testing for less than 0.3% THC and less than 0.7% THCA, for an allowable total of a 1% THC concentration on a dry weight basis.

Feuer said that based on his research, any cannabis with more than a 4-to-1 CBD-to-THC ratio will not have any psychoactive effect because the CBD negates the effects of the THC. He said there are processing methods that could adapt the hemp plant so it is compliant.

Another farmer said she would like to see some sort of remediation program for any hemp that tests “hot,” which is the term used for any hemp plant that exceeds the allowable amount of THC, rather than simply destroying the crop. Under Maine rules, there is flexibility for farmers to find an alternative market for any “hot” crop.

All the farmers present, as well as representatives of credit unions and insurance companies, expressed a desire to see the uncertainty removed from the industry.

“My business partner and I on our farm are ready to drop half a million dollars on equipment this year and can’t because of the new rule. Literally, because things are up in the air, if we try and invest in a flower-processing facility, we’ll lose everything under the new rules,” Saltalamachia said.

Several other hemp farmers echoed this sentiment, saying they cannot grow or invest in their businesses until there is more certainty around the rules regarding hemp cultivation.

Pingree closed the meeting by reminding everyone to submit comments on the USDA’s interim rules before the end of the comment period Dec. 30.