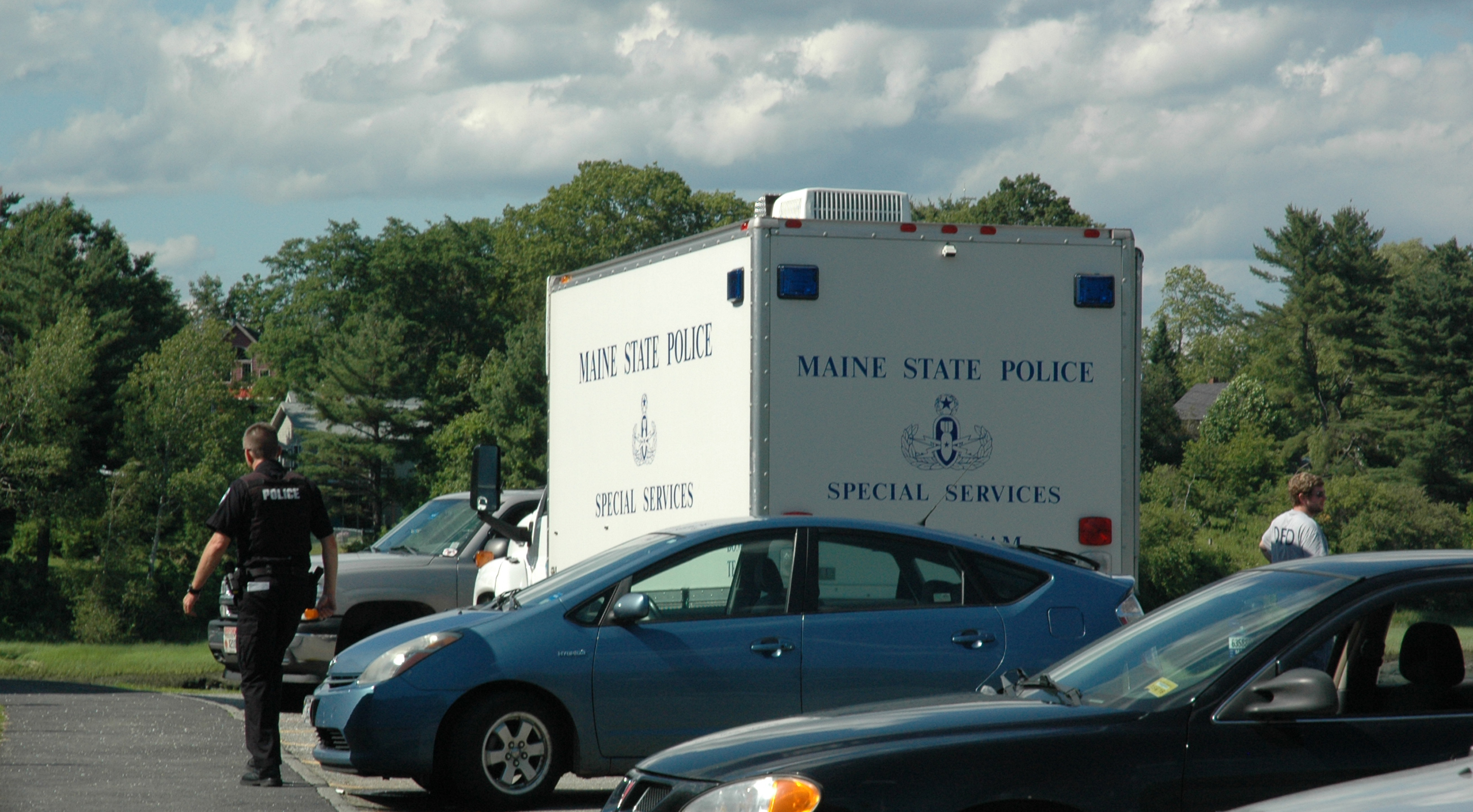 A unit from the Maine State Police Special Services division was called to the scene of LincolnHealth’s Miles campus in Damariscotta to investigate a suspicious package found outside of the hospital during the afternoon of Sunday, July 2. (Alexander Violo photo)

The discovery of a suspicious package at LincolnHealth’s Miles Campus the afternoon of Sunday, July 2 brought the Maine State Fire Marshal’s Office, Maine State Police Special Services, and several other agencies to the hospital to investigate.

According to Fire Marshal Joseph Thomas, the suspicious object was made to look like an explosive device, but was not explosive.

“It was more like a model – materials put together to make it look like a device,” Thomas said.

Thomas said the object was found outside the hospital and the investigation concluded that it was “completely inert. There were no capabilities to it.”