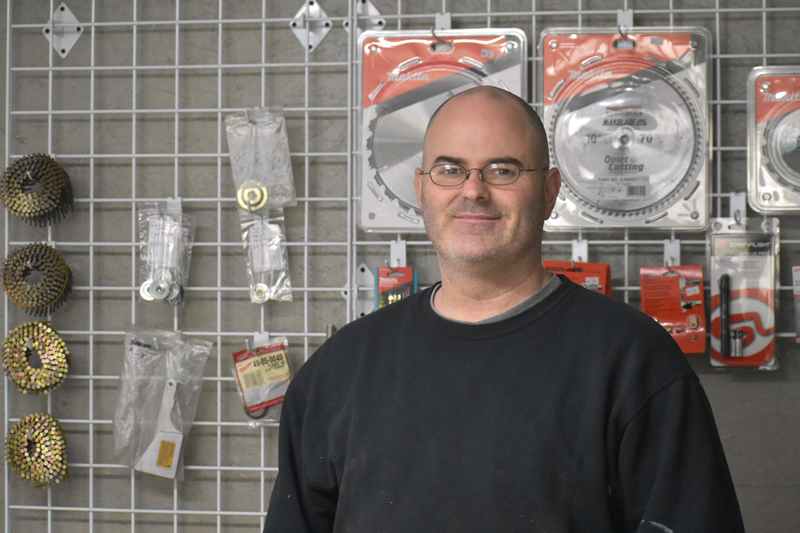 Precision Tool Repair, of Damariscotta, will relocate to Waldoboro in May.

The business will move from its location at 74 Biscay Road in Damariscotta to a new facility at 855 Atlantic Highway in Waldoboro on May 5.

Jason Rogers, of Waldoboro, opened the business in Damariscotta in May 2016, after buying the inventory of a Warren tool-repair business that had been up and running for around 24 years.

“I purchased all the parts and agreed to take over the care of his customers. It was basically a turnkey-ready business,” Rogers said.

Rogers repairs a variety of tools, from professional-grade tools used in the construction industry to commercial equipment, kitchen appliances, generators, and portable heaters.

“I repair pretty much anything you would find on a job site – nail guns, table saws, miter saws, and battery-operated tools,” Rogers said.

Rogers said the main factors behind his decision to relocate were exposure and vehicle traffic.

Rogers said that while Biscay Road is busy, the site on Route 1 is a great location and presented a good opportunity to grow his business.

He said the business will be located in a mobile home, which he owns and is currently in the process of remodeling.

Rogers said he moved the trailer from Damariscotta to Waldoboro about a month ago and has been working to prepare it for move-in ever since.

Rogers said the location will have parking for the business and he plans to add a deck to the building.

Rogers said the new location will offer all the services of the Damariscotta location with the added bonus of having a secure drop-off location where customers can leave tools during off hours.

Rogers said he plans to close the Damariscotta location during the last week of April to give himself time to move equipment out of the old location and into the new before opening day May 5.

Rogers said the site of his new facility was formerly Moon’s Camper Sales. He is subletting the property from Bob Weintraub, of Maine Top Mill, a wool manufacturer also located at the address.

The property is owned by Brandon Brothers LLC, according to Waldoboro tax records.

Rogers, who lives in North Waldoboro, said the new location will allow him to spend more time in the shop.

He also owns a building company, Rocky Ridge Builders, and said he split last summer between the two businesses. He hopes increased traffic at the Route 1 location will make it economically viable for him to devote more time to Precision Tool Repair.