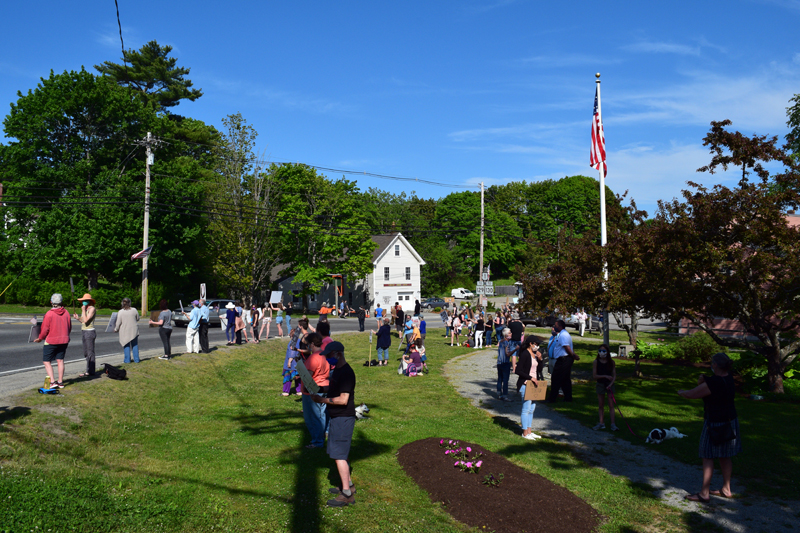 A protest against racism and police violence in Veterans Memorial Park, Newcastle, Thursday, June 4. About 70 gathered for the event organized by Stacey Simpson, of Damariscotta. (Hailey Bryant photo)

Peaceful protests of racial injustice and police brutality have grown in Newcastle and spread to Wiscasset.

Protests began in late May, after footage surfaced of a police officer in Minneapolis kneeling on the neck of George Floyd, a black man, for almost nine minutes, killing him. The protests have spread to all 50 states and six continents.

Veterans Memorial Park in Newcastle has drawn the most demonstrations, with gatherings ranging from 10 to about 300 people. Some are loosely organized through Facebook, like the Thursday, June 4 protest that drew a crowd of around 70.

“My husband is from Jamaica, so we talk about race all the time in our house,” Simpson said. “We’re raising a biracial child and we want a better world for her.” 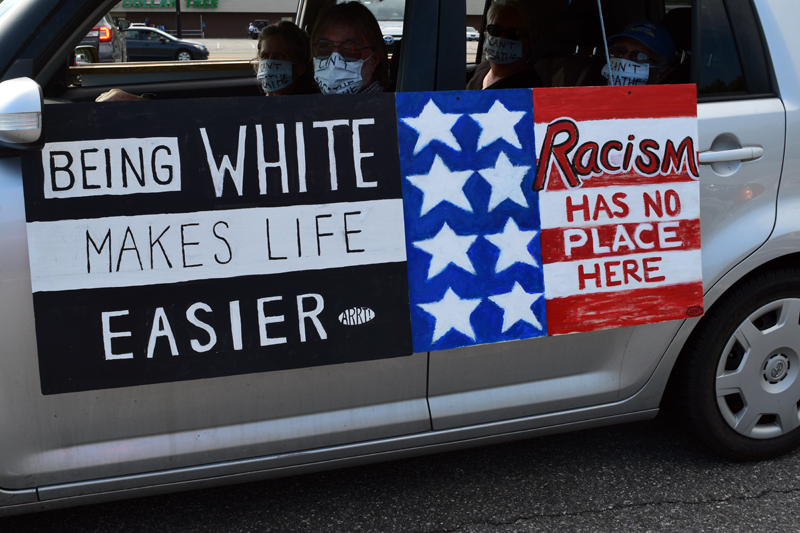 Signs on the side of a car say “Being white makes life easier” and “Racism has no place here” during a mobile protest in Wiscasset on Friday, June 5.
The Artists’ Rapid Response Team made the signs. (Hailey Bryant photo)

Simpson plans to keep holding demonstrations at least every other week, and wants to encourage people to educate themselves and their families about racism.

“We want people to learn to start within their house,” she said. “Have conversations. Silence is compliance, and we need to be loud.”

The group plans to hold the events every Monday evening for as long as people want to gather, according to one of the organizers, Rev. Char Corbett.

Corbett, pastor of The Second Congregational Church in Newcastle, said Monday’s event drew more than 300 people, around 100 more than the previous week.

In Wiscasset, a demonstration to “end white silence on racial injustice,” as described on the Facebook event page, took place outside the Lincoln County Sheriff’s Office on Route 1. 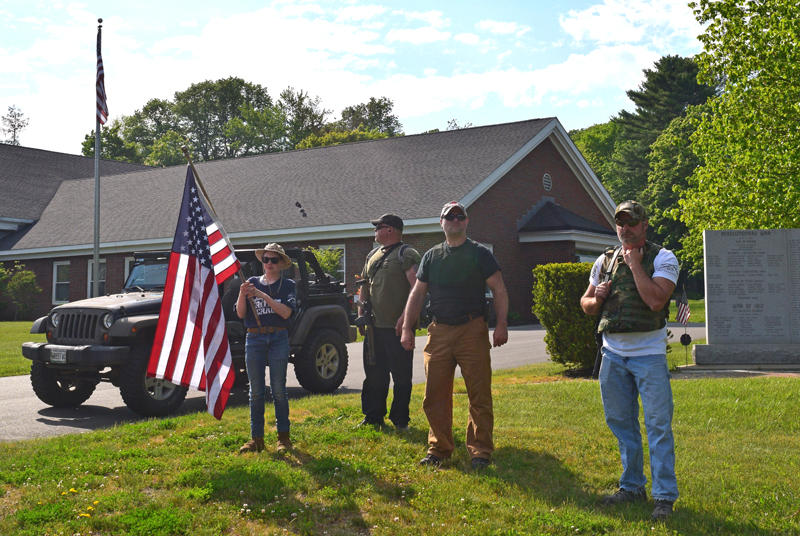 Counterprotesters stand silently across Route 1 from a demonstration at the Lincoln County Sheriff’s Office in Wiscasset on Friday, June 5. (Hailey Bryant photo)

“We know that small, rural police forces like Lincoln County are not separate from the larger systems that have created and supported the violence,” wrote organizer Rocky Coastlines, of Whitefield, in a handout distributed at the event.

Lincoln County Sheriff Todd Brackett welcomed the demonstration. “I support their right to express their belief,” Brackett said at the event. “I think it’s wonderful.”

About 60 people stood at the sheriff’s office and about 30 on the Donald E. Davey Bridge. About 15 cars, decorated with signs bearing messages like “Black lives matter,” “No justice, no peace,” and “Silence is complicity,” drove in a line from Shaw’s in Wiscasset past the sheriff’s office in repeated loops.

A small group of four counterprotesters stood across the street, one holding an American flag and the other three carrying guns. They agreed that the actions of Derek Chauvin, the now-fired police officer who killed George Floyd, were wrong, but expressed concern about violent riots and looting that have accompanied protests in some cities. 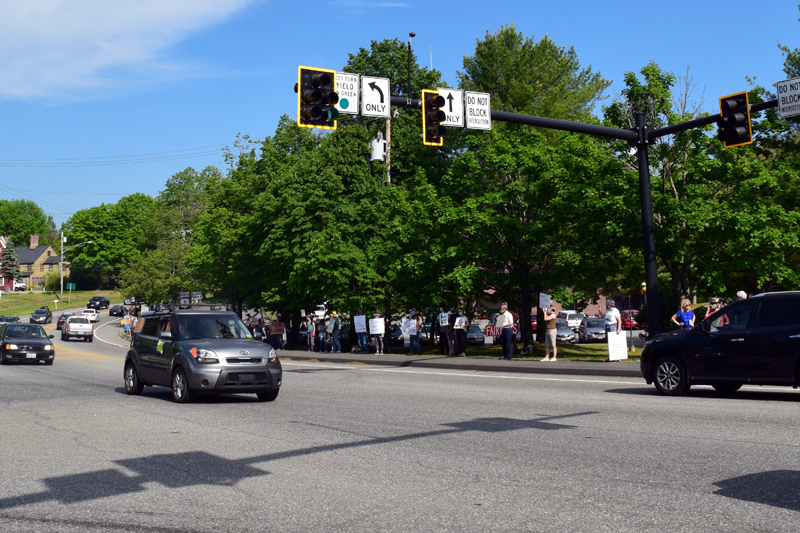 Protesters hold signs on the sidewalk near the Lincoln County Sheriff’s Office, on Route 1 in Wiscasset, Friday, June 5. The demonstration was one of many around the world against racism and police brutality. (Hailey Bryant photo)

“The bottom line is, we love our country,” said Steven Peaslee, of Westport Island, who was protesting with his son, Tanner. “We don’t hate them and we don’t want them to hate us.”