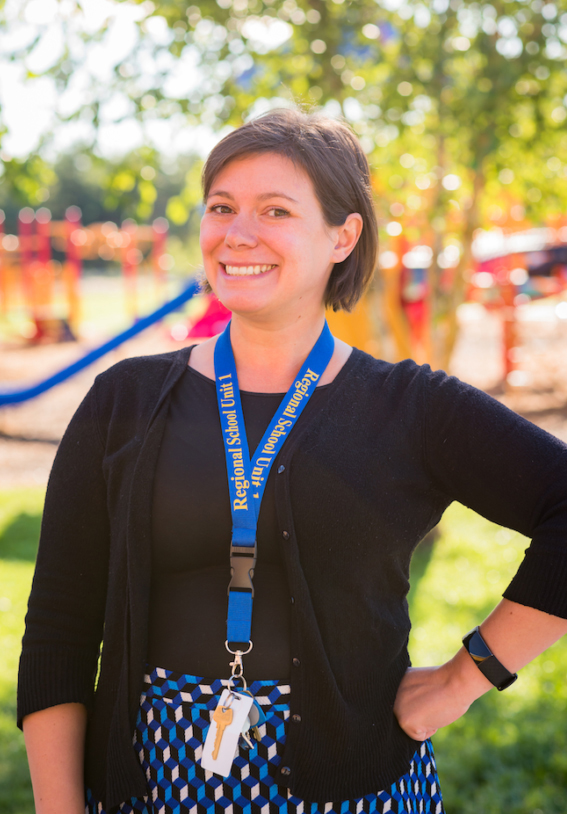 Round Pond school counselor Cameron Reny is one of three candidates running for Senate District 13.

District 13 covers all of Lincoln County, except Dresden, as well as the neighboring towns of Washington and Windsor. Reny will be one of three registered candidates running for the seat.

Reny will compete in a primary race against Newcastle’s David Levesque on June 14 to become the Democratic Party’s candidate before one of them goes up against Waldoboro’s Abden Simmons in the general election on Nov. 8.

Reny was born in Lincoln County and raised in Round Pond in a working-class family and became the first in her family to earn a college degree. After graduating from Lincoln Academy, she earned a degree in community and justice studies from Guilford College in North Carolina and earned an M.A. in school counseling from the University of Southern Maine.

Reny has been a school counselor for about eight years and currently works for Regional School Unit 1 at Woolwich Central School.

Reny said she pursued a career as a school counselor, rather than that of a social worker or therapist, because she wanted to work with “a true cross section of people from Midcoast Maine,” not just those who could afford certain services.

“I adore my job and I adore the students I work with, but I think I can make a bigger impact working at a policy level than I can just at my one school,” she said.

As a senator, an overarching goal for Reny will be to make life more sustainable for people in her district, and she said that she will do so by focusing on the local economy, affordable housing, healthcare, and preserving the environment.

Reny always knew that she wanted to be involved in Maine’s political sphere and help with instituting positive change in her community at the legislative level. She intended to wait to run until her children were older, but when she heard that Sen. Chloe Maxmin, D-Nobleboro, would be stepping down from the District 13 seat, she decided there would be no better time than the present.

Being a school counselor, Reny often, at least partly, views policy through how it might affect young people in a community.

“Generally, people can get behind making big changes when it comes to their children and grandchildren. Everybody’s working for the same thing when you’re working for making life better for young people,” she said.

On Jan. 24, Reny professed a fondness for Maslow’s Hierarchy of Needs, explaining that her platform is built on the assertion to create an environment where young people thrive; the community itself needs to be sustainable.

For Reny, that means addressing the sources of climate change, making healthcare accessible and affordable, and making affordable housing more available across the state.

Towards that goal of sustainability, Reny said that healthcare should not only be affordable for everyone, but preventative, mental health, and substance abuse treatment should all be readily available to anyone under their insurance plans.

“There’s a tax on being poor. (If) you can’t afford that cavity, you’re going to have to pay for a root canal and a crown later on,” she said.

Looking at District 13 and the state of Maine with a focus on young professionals, Reny argued that one the issues that makes Maine particularly unsustainable is its lack of affordable housing.

Particularly in Lincoln County, the lack of affordable housing is no secret. Reny said that one of the young substitutes at her school who works there on a regular basis told her that the building where her apartment is located is being sold and she cannot find anywhere to live.

She added that all of this is moot unless the state and its citizens take collective action to slow climate change.

“If we don’t fix the environment … we’re going to kill off all of our industries,” she said.

Reny pointed out that issues of climate change, a lack of available housing, and the cost of healthcare intersect in important ways on the Midcoast in particular. With her roots in Round Pond, she’s seen it firsthand.

“I’ve also seen young people who were raised as fishermen who can’t fish anymore because gas prices are through the roof and prices are down. And those heritage industries are disappearing,” she said.

Outside of her political ambitions, Reny and her husband Adam Reny, one of the owner-operators of Renys department stores, are in the midst of raising a four-year-old and a one-year-old.

In her “free-time,” a notion that Reny found amusing, she enjoys cooking, reading, and beekeeping (to mixed success).

For more information about Reny and her campaign visit Cameron Reny for State Senate on Facebook or go to teamreny.com.