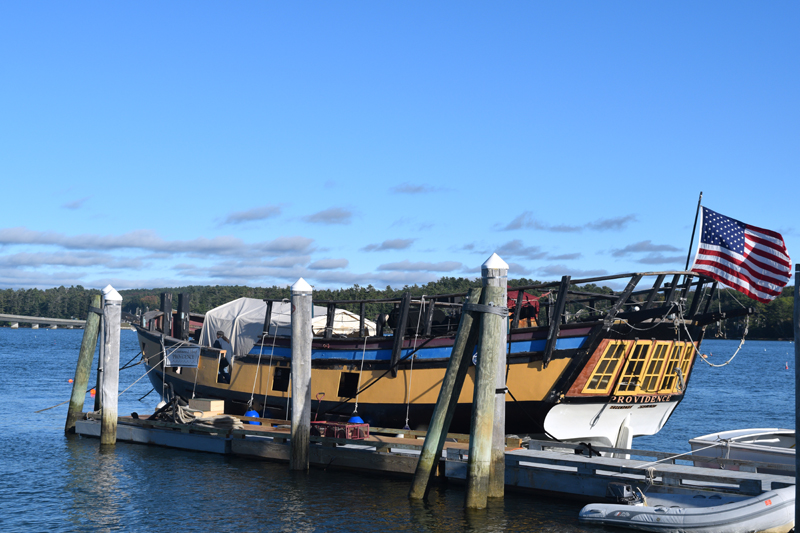 A replica of the Revolutionary warship Providence is undergoing repairs in Wiscasset Harbor, where the repair crew expects it will remain until spring 2019. (Jessica Clifford photo)

Wiscasset Harbor will host a replica of the Revolutionary War hero John Paul Jones’ first command, the Providence, until May 2019 while master shipwrights complete a restoration of the vessel.

Built in 1976 for America’s bicentennial celebration, the replica gained fame as a star of the second and third “Pirates of the Caribbean” movies: “Dead Man’s Chest” and “At World’s End.”

The Providence sustained extensive damage in the 2015 blizzard Juno.

The ship was resting on jack stands in a boatyard in Newport, R.I. during the storm. It tipped over and one of the jack stands punched a 3-by-5-foot hole through the fiberglass hull, according to Leon Poindexter, a master shipwright and project manager for the restoration. The ship’s single mast was broken in the fall.

The Providence is a sloop, which means it has a single mast with a gaff-rigged mainsail, a square topsail, and four headsails.

Poindexter and master shipwrights John Gardner and Rob Stevens, with apprentice Matt Hommel and boatbuilder Colby Pearson, make up the crew for the restoration.

The boat was brought to Wiscasset because Gardner and Stevens live near the area. Gardner owns a boatyard on Hermit Island in Phippsburg. 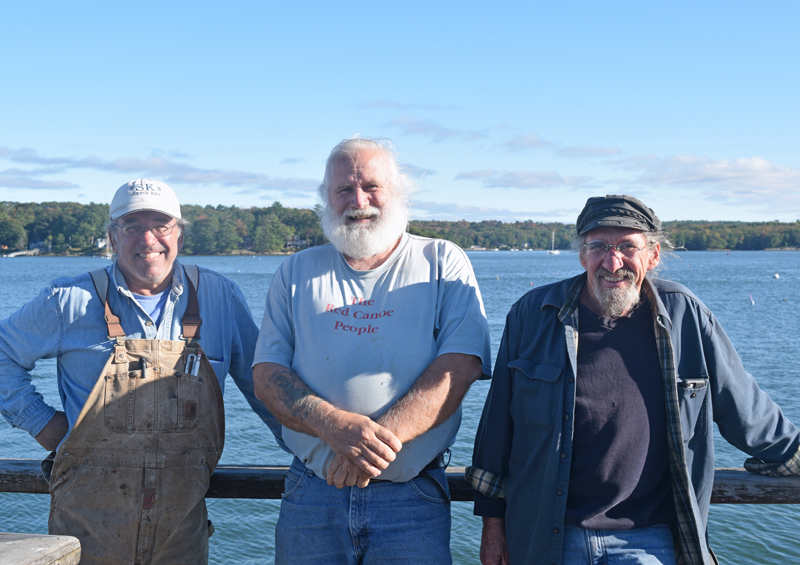 Poindexter alone has over 40 years of experience as a master shipwright and owns his own business, Seaport Vessels Inc., based in Rockport, Mass.

He worked on the set of the 2003 movie “Master and Commander,” an adaptation of the Patrick O’Brian novel about a British naval captain, played by Russell Crowe, and his friend, who are ordered to capture a French vessel off the South American coast.

Poindexter worked as the historical consultant for the film’s director, Peter Weir, made modifications to the ship used on set, and played a background character.

His latest project has 250 years of history.

The original Providence was built in 1768 as a cargo ship named Katy.

Upon its conversion into a sloop-of-war in the Continental Navy, the Providence was equipped with a dozen 4-pound cannons and 10 swivel guns.

The Providence captured 40 other vessels, most larger than itself, Poindexter said. 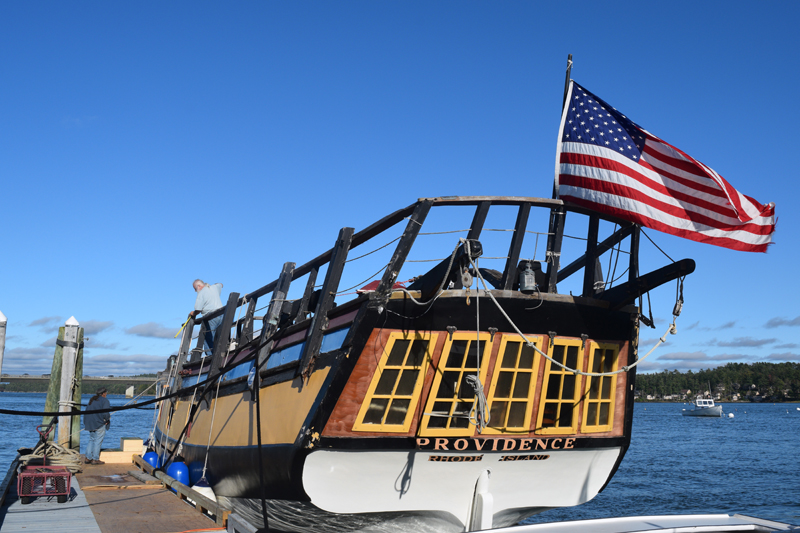 “It really couldn’t inflict a lot of damage to the Royal Navy … it would sort of harass the Royal Navy,” Poindexter said. “It’s really like David going against Goliath.”

The Providence was part of the first amphibious landing of the American Marines during a raid on the British port of Nassau in the Bahamas, in 1776, with about 70 Marines on board.

It was “considered quite a lucky ship,” Poindexter said, and its small size enabled it to get into harbors where other larger ships couldn’t go.

In 1779, the crew burned the ship off the Maine coast to avoid capture during the Penobscot Expedition. It was one warship of 40 in the expedition.

While the original boat has historical ties, the replica was used in Disney’s “Pirates of the Caribbean” sequels “Dead Man’s Chest” and “At World’s End,” as well as the 2014 film “Freedom.”

The Providence is almost 94 feet tall from the waterline to the top of its mast and a little over 100 feet long. 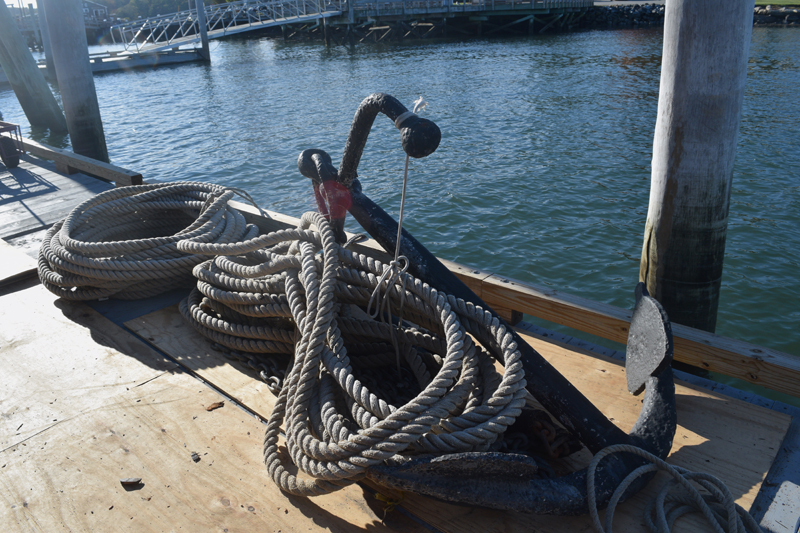 The anchor of the Providence. (Jessica Clifford photo)

After the boat was damaged in 2015, it was bought by the Tall Ship Providence Foundation, a nonprofit organization based in Alexandria, Va., where it will return once the restoration is complete.

The hull damage was patched with plywood before the ship was relaunched. It motored up to Gloucester, Mass., where it was hauled out and the damage was permanently repaired before the journey to Maine.

Some work was completed on Hermit Island. In Wiscasset, the crew will work on the wooden deck and the interior, and will re-rig the vessel.

A new mast has been built from Douglas fir and the sails are made out of a synthetic material that looks like canvas, Poindexter said.

The interior will be refurbished to match a merchant ship, which will make it more historically accurate, Poindexter said.

The boat’s cabin will become the captain’s office, which will have new paneling and Queen Anne style furniture, named for the queen of Great Britain from 1702-1714.

Before arriving in Alexandria in early summer 2019, the restored Providence will make five stops along the East Coast.

Back in Alexandria, it will be used for tours and trips up and down the Potomac River to George Washington’s estate, Mount Vernon.