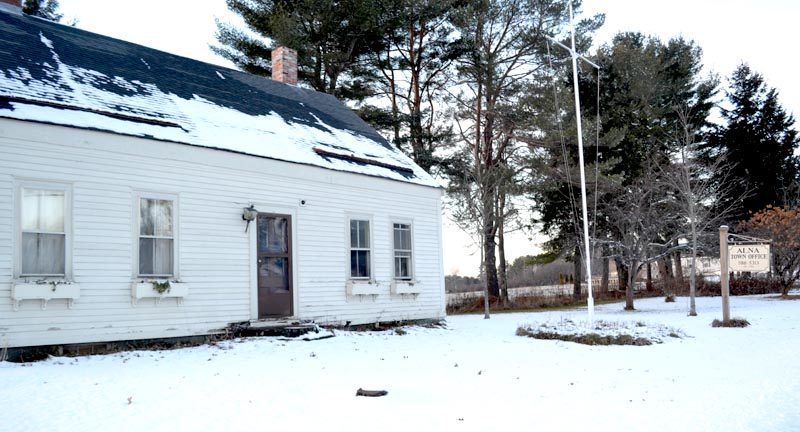 The engineering and architecture firm tasked with evaluating the Alna town office and exploring the feasibility of either renovating it or moving it to the fire station has completed its draft report. Of the five options presented, Lewis + Malm Architecture recommends moving the town office to the lower level of the fire station as the most economical option to meet town needs.

In the draft report submitted to selectmen Wednesday, Feb. 1, Lewis + Malm outlined five options for the future of the town office. Two options involve the reconstruction of the current town office to expand the meeting room and make repairs at an estimated cost of either $579,957 or $665,971.

Three options involve moving the town office to the fire station and adding on to the building to accommodate both town office and fire department needs.

Of all options presented, renovating the lower level of the fire station for town office use and constructing an addition to the north side of the building for the fire department carried the smallest projected price tag at $427,500.

The other options for moving the town office involve minimal to no renovations to the lower level of the fire station and a medium to large addition to the north side of the building for shared town office and fire department use. The projected costs for those options range from $488,250 to $604,500.

The cost projections in the report are rough, and will change as the scope of work is more clearly defined, said Charles Earley, president of Lewis + Malm Architecture, in an email to selectmen.

“Interestingly enough,” the study found that the most economical solution was the one first proposed, which was to make the lower level of the fire station the future home of the town office, Earley said.

“We believe this solution could be accomplished in a functional and pleasing architectural manner,” Earley said.

The building that currently houses the town office was built in 1794, making it one of the oldest town offices in use in the state, town officials have said. Alna purchased the building in 1996 as “a temporary town office solution,” the draft report said.

The town office building was expanded in 2010 to add a bathroom and storage space. However, the town office lacks adequate meeting space, is in need of repairs, and is not compliant with the Americans with Disabilities Act. Those factors prompted selectmen to propose moving the town office to the fire station at the annual town meeting in 2016.

Through a Lincoln County Regional Planning Commission grant, Alna hired Lincoln/Haney Engineering Associates, which works with Lewis + Malm Architecture, to determine the feasibility and costs of both possibilities.

Selectmen intend to present the town office study to the public to get a sense of where the town would like the future location of the town office to be. The Alna Fire Department was asked to review the draft report and provide feedback on the options presented.