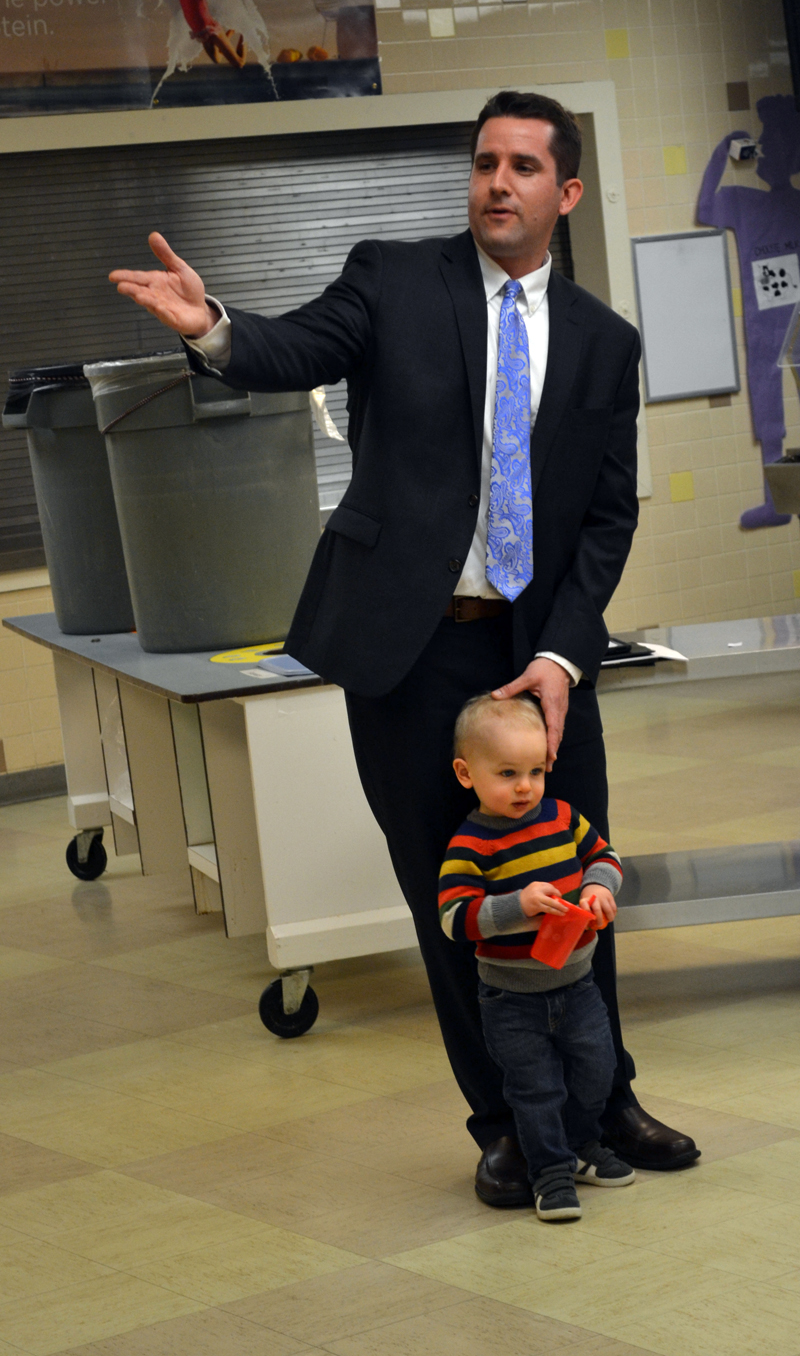 The governor’s office will conduct a background check and consider a thorough packet of information on each candidate before announcing who will fill the “big shoes” Rushlau may soon leave, Republican National Committeeman Alex Willette said.

Rushlau, the second-longest-serving district attorney in Maine, must go through a hearing of the Judiciary Committee and confirmation by the Maine Senate before he becomes a District Court judge.

“Geoff is one of the hardest-working guys you will ever meet” and there is no one more deserving of a seat on the bench, Liberman said.

Liberman has worked with Rushlau in District 6 for his entire career as a prosecutor, he said.

“It was an honor to have been picked to be his deputy district attorney, and it is an honor to be here now,” Liberman said.

“I believe he chose me because of my leadership skills and competence in the courtroom,” Liberman said.

The Midcoast is near and dear to Liberman’s heart, he said. He was raised in the Midcoast and is raising his family here. “Even if you don’t select me, you won’t get rid of me,” he said.

Liberman said he feels privileged to be a prosecutor. “I get to wake up every morning and work as hard as I can to protect you and make the community safer,” he said. He hopes to continue that work as district attorney. 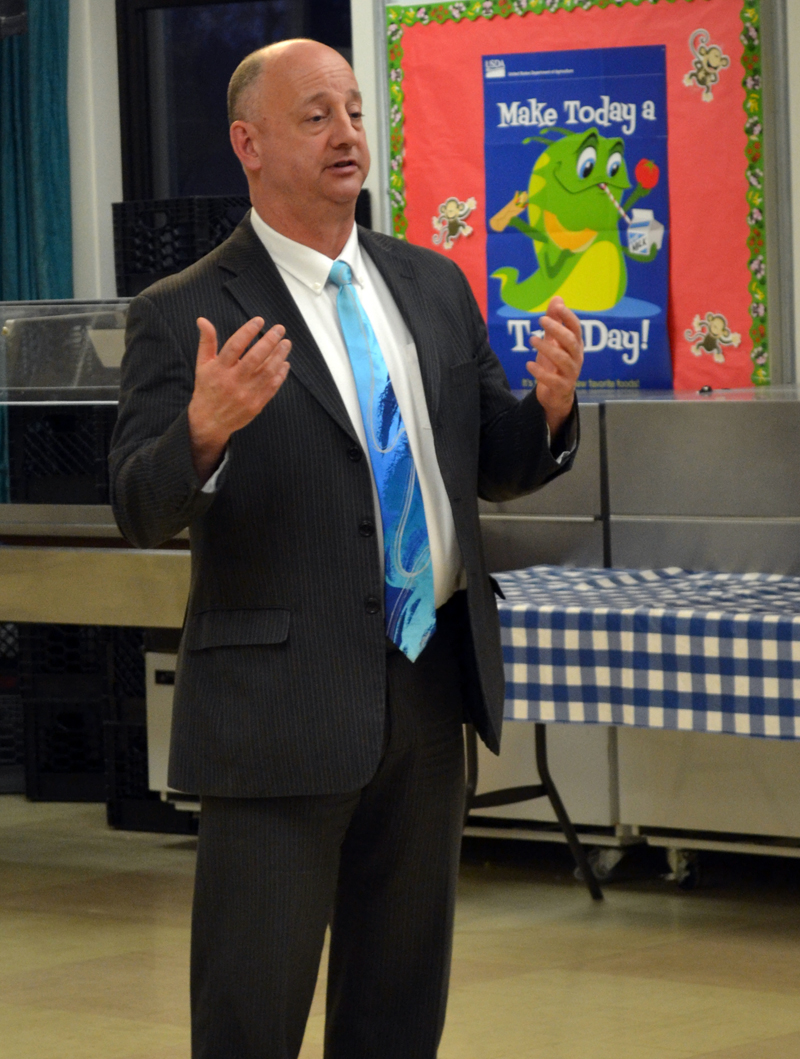 Paul Cavanaugh talks about his interest in serving as district attorney for Maine Prosecutorial District 6 during a caucus at Wiscasset Elementary School on Monday, April 10. (Abigail Adams photo)

Cavanaugh was appointed deputy district attorney of District 4, which consists of Kennebec and Somerset counties, in January 2015. Prior to his appointment, he worked for over a decade as an assistant district attorney in District 7, Hancock and Washington counties.

“What I have is 25 years of experience to bring to the job,” Cavanaugh said. While he is a relatively recent transplant to Sagadahoc County, Cavanaugh has prosecuted the full gamut of crimes that fall to the district attorney’s office, he said.

From cases of manslaughter to gross sexual assault to driving deer, “I’ve done it all,” he said.

Cavanaugh previously ran for the position of district attorney in District 7, but was defeated in the primary, he said. Serving as district attorney was not on his radar, but “sometimes when opportunities present themselves you have to grab them,” he said.

The caucus is “blessed with good choices,” Cavanaugh said. The difference between the candidates is age and experience, as well as time living in the district. “Jon’s been in West Bath since he was 11, I’ve been in Woolwich since May,” he said. “I have 25 years on the job to Jon’s six.”

Republican committee members asked the candidates questions about court costs, the opioid crisis, restorative justice, conflicts of interest, and Shariah (Islamic law) before voting to recommend both Liberman and Cavanaugh to LePage.

LePage requested three candidates to consider, Willette said, but Liberman and Cavanaugh were the only attorneys to step forward with interest in the position.

The governor will announce the new district attorney for District 6 after the Senate confirms Rushlau’s appointment to the District Court, Willette said. Whoever receives the appointment will have to retain the position in the November 2018 election.

About 50 people from all four counties in the district turned out for Monday’s caucus. The turnout was higher than anticipated, Willette said.

“It’s important to support one of these candidates in the upcoming election,” Willette said. Campaigning in four counties is tough and “they’re going to need all hands on deck.”